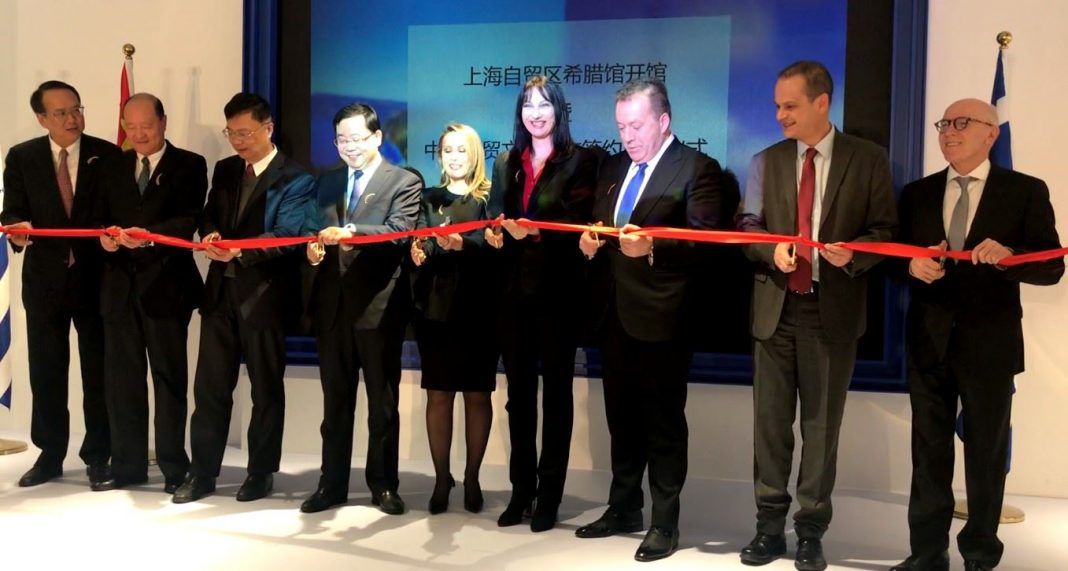 On the initiative of Ms Kountouras Minister, within the Greek Pavilion is available at no cost to the EOT permanent exhibition space for the next ten years will highlight and promote Greece and Greek tourism.

The inauguration took place in the context of government sending three ministries to achieve new beneficial agreements on Greece in the sectors of agricultural production, of Transport and tourism.

The Greek pavilion created by the non-profit organization Greek Trade Council to raise and actively promotes tourism, culture, gastronomy and products of Greece in the East China region. It is just the seventh national pavilion at the Shanghai Free Trade Zone. Will be a strong base for the development of Greek-Chinese trade relations in agricultural products, promoting cultural exchanges and strengthening the increasingly growing tourism. On the sidelines of the inauguration signed cooperation agreements with private and state-owned Chinese companies with corresponding Greek.

The event covered the biggest media in Shanghai interviews and reports both in print, and in the electronic media. OR Minister gave interviews in Chinese television networks and Tencent Phoenix TV, where he reported overall in the Ministry central planning the potential opening of the Chinese tourism market, from which the 2018 achieved sharp increase in visitors 70%, and expected new high rise the visitors 2019.

The European Central Bank's Board of Directors has decided on a series of new measures to support the eurozone economy. (ECB) which met today ...... Specifically: First, the extraordinary ...
Read more

With 2 recruitment of regular staff, 1 position of Psychologist and 1 Family Assistants, the Municipality of Mykonos is being strengthened. Those interested can submit applications electronically..
Read more

Full moon of Fraula and eclipse of the shadow of the Moon, tonight!! Visible from Greece!! When does it start?!!

The impressive Strawberry Full Moon is rising in the sky tonight and is accompanied by a partial eclipse!! The eclipse will last a total of three hours and 18 minutes!!..... Μία...
Read more
Cyclades

We are going through a critical period for our island, where sobriety is required, key actions and above all seriousness. Ο χρόνος της Δημοτικής Αρχής....... είναι...
Read more
Arts & Culture