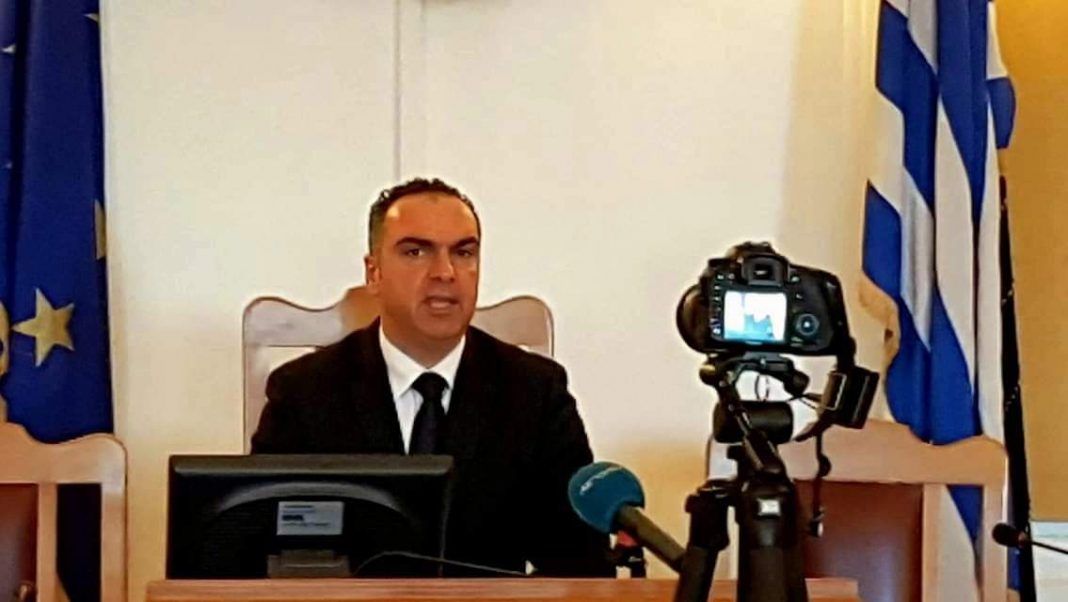 They lost their cool "youth" and revealed the "open secret". Temper children ... Do not get angry because then you take the downhill plummet and answers as the "anonymous author" alliance, that a decent article, purely political nature and…… on the visible KINAL partnership and SYRIZA in the elections for the Region of South Aegean, They answered with personal insults, filth and indecency. The so brazen gang characterize those who write and returned to them. We have in mind that "Many esti anger terrible, many do not and ridiculous "as Plutarch said.

There will follow them. Let them judge our fellow, which address their narrative for allegedly "new style and ethos". If these antics and livellografima they gave in response expressing declaration of the heads, who spoke of "a new regional management model, with different style and ethos, based on Consensus, in Composition and Synergy ', then "Woe unto you, scribes and Pharisees, hypocrites ... " (Matthew's Gospel 23,14).

One might wonder why so angry and went so far as vulgar personal attacks; They did feared that myself will win their faction; Maybe… But it is not a duel but political confrontation positions, programs and ideas. They will not face me but faction and even strong and dynamic. It would gain political positions in order not to run out with the inarticulate apolitical "answer despair cries" not honoring the party that condescends to speak with such "cheap" and unacceptable.

They do thought they would fear them and would not freely express my views, the way you want and as judge; They make a big mistake because we have democracy, freedom of opinion and expression, which obviously, judging from the abusive "answer", It bothers them and makes them angry and outraged. Composure… Do not fume and not angry because many times you attack me, as many will answer.

In essence, their reaction apsychologiti, confirmed the agreement concocted for common descent, ie the "open secret" and new practices such as the ones mean ... Perhaps as the saying goes "The ass is ass and let wear and saddle '.
John February
Antiperifereiarchis

On Tuesday 7/7/2020, locks the score of the students who took part in the pan-Hellenic ones 2020 and on Friday the scores in all schools will be announced..
Read more
Previous article John February: The alliance of the shy and the shared secret for the common cathode
Next article Hadjimarkos VAT islands: "When despair of people turned into a political alibi, the political life of the country is sliding dangerously "
Share
Facebook
Twitter
Pinterest
WhatsApp
Linkedin
ReddIt
Viber
VK
Tumblr
Telegram
Mix
Digg
LINE
Email
Print