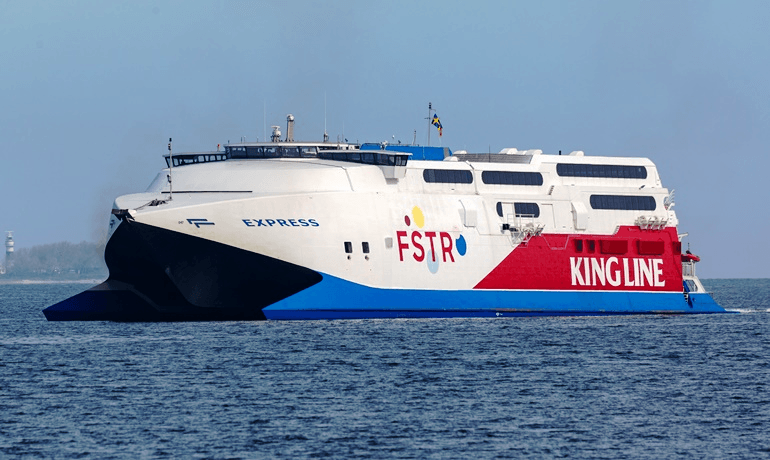 The Municipality Syros - Ermoupolis welcomes with satisfaction the full launch of new ultra-modern high speed R / C - A / C - T / X Golden Express partnership of companies Golden Fast Ferries, after today's unanimous approval routing statement from…. the Coastal Communications Council (YOUR.).
This is an operational route, linking, throughout the duration of the summer season and every day - seven (7) days a week - Syros to Rafina and Mykonos Islands, Paro, Naxos, Koufonissi and Amorgos.
A fixed and pressing request of the Municipality Syros - Ermoupolis, which in consultation with the political leadership of the Ministry of Marine and Island Policy and representatives of Golden Fast Ferries, both Ferry Conference, which took place in Syros for the second consecutive year, initiative of the Municipality Syros - Ermoupolis and with the assistance of the Regional Association of Municipalities of South Aegean, and at the last meeting of the Mayor. George Maragos with If. Minister. Nectarios in Santorini 3/12/2018, finalized to be submitted and approved the request from the S.A.S.
We note with satisfaction that the fruitful dialogue and reasoned argument, as formulated by all stakeholders in Coastal Conference, brings results, which gradually seek to put in Syros ferry map Aegean.
concluding, we feel the need to thank primarily the political leadership of the Ministry of Marine and Island Policy and especially if. Minister. Nektarios Santorini, General Secretary of the Ministry and President of S.A.S. K. Dionysius Temponera, their partnership representatives Golden Fast Ferries, and all carriers support contributed to this positive development.

In three (3) More arrests were made by the Police after checks carried out in Mykonos regarding the so-called private parties that are taking place in ...
Read more
Previous article The play of Antonis Bubi 'Complaints in Santa Claus' at Apollo Theater
Next article Mary Stavrakopoulou: The art of dry stone in cultural heritage list of Unesco
Share
Facebook
Twitter
Pinterest
WhatsApp
Linkedin
ReddIt
Viber
VK
Tumblr
Telegram
Mix
Digg
LINE
Email
Print