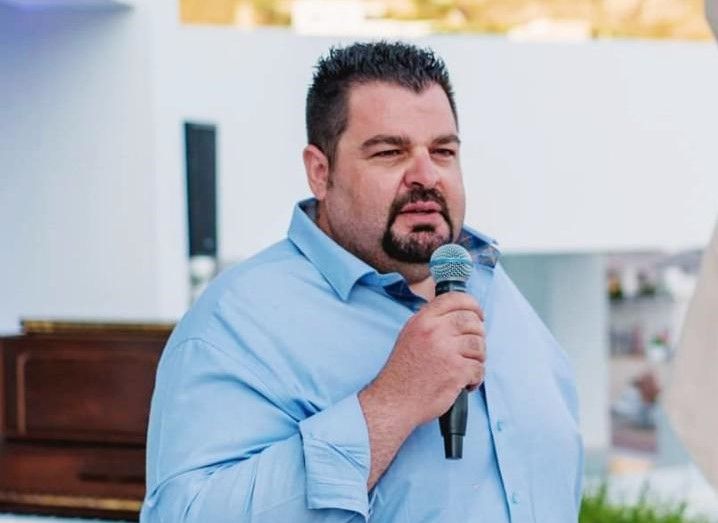 With a strong presence in the self-administration of things on the island of, through all areas undertaken by the 2011 until today, but the overall participation in public affairs,  Mr.. Skempes, in a statement, for the reasons which led to the decision to move to the site of second degree local government and be a candidate,  next to George Hatzimarkos, states following:

The last eight years I had the honor and pleasure to I serve my island Patmos by almost all important places of the City us. My involvement so intensively with the first instance authority was for me the most important school and offered me valuable knowledge and experiences , which enriched deep in the last four years with My participation in the Management Board FTI South Aegean.

So I managed to get to know closely the most important problems of our region and to carefully monitor progress and significant development came with the struggles of our regional governor but and all Mayors .

Having already the experience of previous years and appetite for work and selfless giving, look for an opportunity to contribute and join with the forces my progress and prosperity of our land ,the Regional Unity islands Kalymnos ,Dodecanese , Cyclades , the most important region of Greece ,Region South Aegean .

I grew up in a family of five Kostas and Maria Skempe the brothers Nicholas and Dimitris Skempe.

The 2016 married Maria stones with which the 2018 I gained a daughter.

The 1996 I graduated from 4th Lyceum of Nikaia.

1998-2002:I studied accounting at the Technological Educational Institute of Patras in the Administration and Finance Department from which I graduated with an overall grade 7,4 Very Good.

1999:I received a scholarship from the State Scholarship Foundation (Scholarships) for optimum performance in 1 & 2 semester.

Thesis on The hotel industry in Greece and especially in Athens ahead of the Olympic Games 2004 in Athens. Evaluation grade 10.

RESPONSIBILITIES -KATHIKONTA THE MUNICIPALITY OF PATMOS 2011-2019

2001-2002 to context of my internship I worked in Agricultural Bank of Greece in loans as part responsible personal loans.

From 2003 until today I work in the private sector as Chief Accountant From 2005 until today keep on Patmos Insurance and Real Estate .

four years 2006-2010 He served as President of Sports Association Patmos' XANTHOS The PATMIOS.

The Ministry of Development and Investment, issued a New Circular clarifying the terms and conditions of operation of catering stores. There is a report, including,...
Read more
Previous article The advent of Airbnb, the declared properties, the gallop and the first signs of fatigue
Next article Yannis Vroutsis: Question in the House to remove the Game Radar
Share
Facebook
Twitter
Pinterest
WhatsApp
Linkedin
ReddIt
Viber
VK
Tumblr
Telegram
Mix
Digg
LINE
Email
Print