17 June: World Day against Desertification and Drought… Great concern about the risks!!

The third of the territories of Greece is subjected to high potential risk of 'desertification', according to research UNO….. 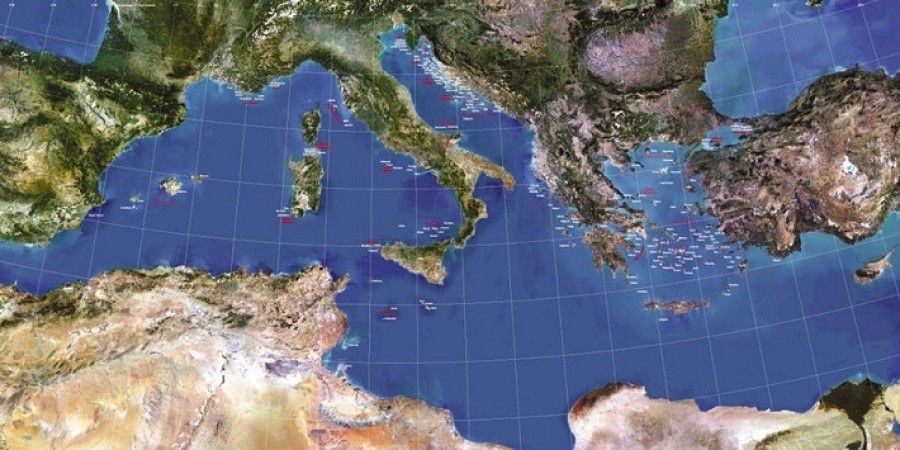 Until the 2025 estimated 1,8 billions people will experience absolute drought and 2/3 the world will live under pressure regarding their needs for water. Until the 2045, about 135 million people could be displaced from their homes. 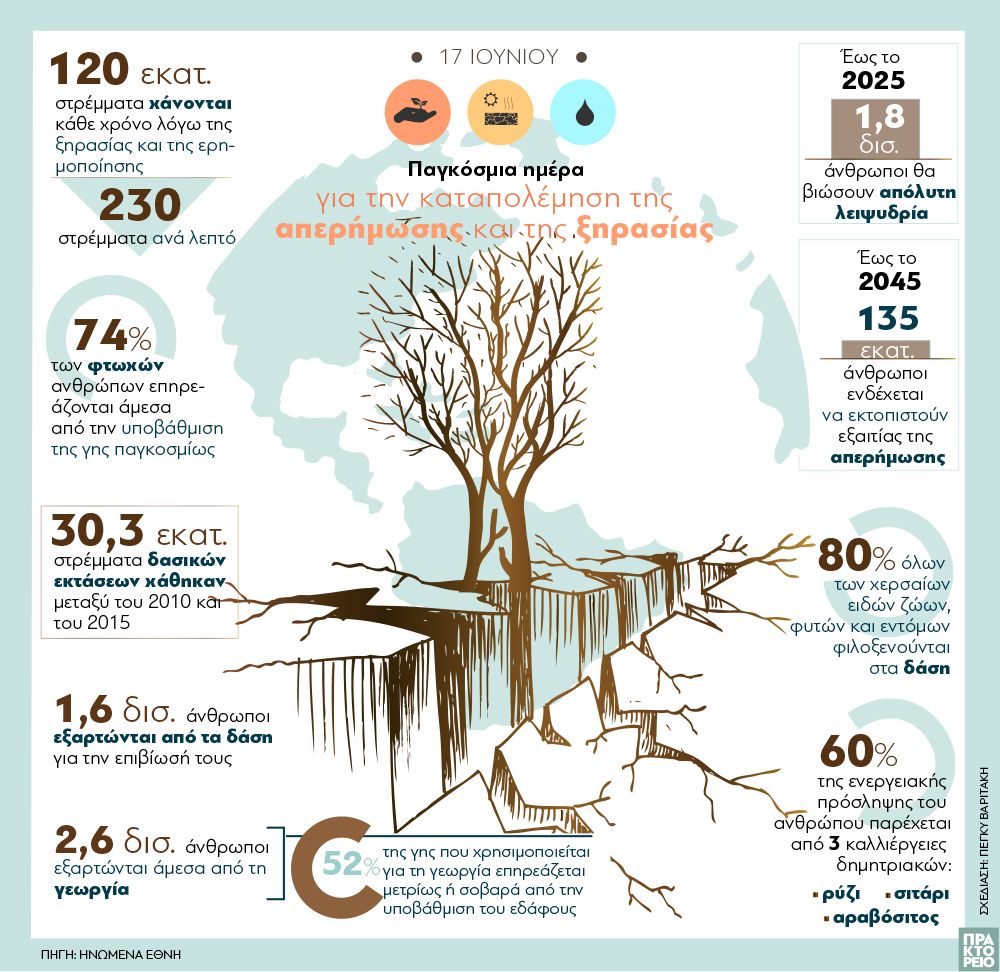 This slow natural hazard with considerable socio-economic and environmental effects that cause more deaths and displace more people by any other natural disaster, as highlighted by scientists on the occasion of this World Day to Combat Desertification and Drought.

Desertification is a result of land degradation cycle, that transforms fertile soils into barren, as a consequence of overfishing from intensive agriculture, forest exploitation for fuel and timber and grazing. From the food we eat, until the clothes we wear and the homes we live in - everything from land resources.

The problem of desertification is not new- It played an important role in human history, contributing to the collapse of several great empires and the displacement of local populations. It is a universal and timeless issue, with serious consequences for biodiversity, ecological safety, eliminate poverty, socio-economic stability and sustainable development.

We all depend on living soil & #biodiversity that supports land productivity.🌱 Today June 17 is World Day to Combat #Desertification. Let’s grow the future together & save our planet. https://t.co/lMvcsSeY0r #2019WDCD pic.twitter.com/2OrzDSg5Zm

This year the anniversary falls on the 25birthday signing the Convention United Nations to Combat Desertification (UNCCD) and celebrating 25 years of progress of countries on sustainable land management, while turning his gaze to the future and provides the image for the next 25 years.

The Council of State rejected as unfounded the application of the Panhellenic Association of Shops and Consumers of Catering and Entertainment, with which he asked to be canceled ...........
Read more
Previous article Continues the surprises the weather!! Fickle weather and Tuesday with rains and winds!!!
Next article Capital Controls: The project studying banks – When fully lifted
Share
Facebook
Twitter
Pinterest
WhatsApp
Linkedin
ReddIt
Viber
VK
Tumblr
Telegram
Mix
Digg
LINE
Email
Print