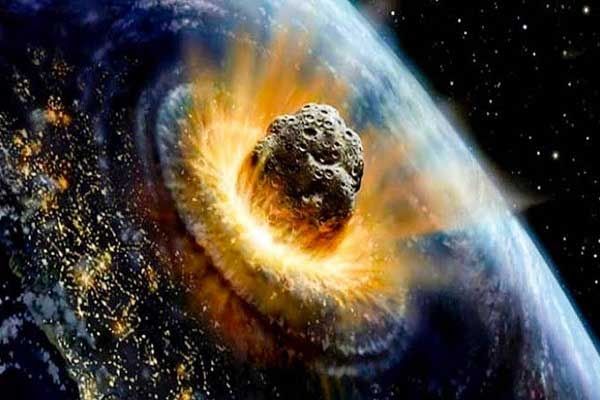 approximately 700 km from the Earth's surface, suddenly the ESA controllers (THAT) they realized they had a serious problem: a fragment, one of many space "junk" up there, directed threateningly towards the cost 140 million satellite, which monitors the ice of our planet.

Once the last minute, the ESA's engineers recorded the orbits of both the satellite and the fragment, ordered to activate the thrusters of CryoSat-2, to climb a little higher.

About 50 minutes later, Space junk fell from the previous point the satellite's speed 4,1 kilometers per second ... It took a few more days with maneuvers to return the Cryosat-2 to its original orbit.

This incident is typical of how they have become a big headache any kind of space debris orbiting around Earth with satellites.

More often, auditors from the ground, who should be in constant vigilance, give commands to the satellites change position to avoid a fatal collision.

But this is not always easy or desirable, because such a position and course change consumes time and precious fuel, that the satellite needs for his job.

The most recent known incident happened on 23 August 2018, when just four months after he was put into orbit, another European Earth monitoring satellite, The Sentinel-3B, forced to change trajectory to avoid a dangerous fragment.

The 2017 private companies, the armies, public institutions, even amateurs from different countries have over into orbit 400 new satellites, at least four times more than the annual average of the period 2000-2010.

A sign that space is getting more crowded, as more and more companies and countries develop space applications and technologies for peaceful, espionage or military use. Last year a total of more than 1.800 small and large objects in orbit (fragments and non) They came to add to the sky.

The numbers of satellites in highly expected to increase in the coming years, as several companies (Boeing, One-Web, Space X etc.) They are planning to send into space hundreds to thousands of new telecommunication and other satellites.

Alongside, Member States shall bring into orbit more and more known or secret military satellites.

Accidents are unavoidable. The 2009 a US telecommunications satellite Iridium crashed in off Russian communications satellite Cosmos-2251, creating thousands of new space debris. These thereafter hovers and threaten other satellites in low orbit, a zone reaching up to a height 2.000 km (the middle rail reaches to the 35.000 kilometers, wherein the geostationary orbit begins).

Preceded the 2007 another incident (these two were the worst in history in terms of creating "garbage"), when -in the context of a military test- a Chinese missile destroyed a Chinese satellite. These two incidents of 2007 and 2009 and the thousands of fragments scattered in space uncontrollably, caused about half of the least 20 maneuvering satellites that ESA should make time to avoid a new destructive conflict, as Holger Kragk said, Head of Office Space Fragments of the European Space Agency in Darmstadt, Germany.

about 95% all objects in orbit are "zombie", ie dead satellites or pieces.

According to NASA, there are more than 500.000 space "garbage" of various sizes, from whole satellites and missile parts to screws and nuts.

According to the ESA, there are at least 29.000 Larger objects of ten centimeters, 750.000 a size of one to ten centimeter over 170 millions of fragments of one millimeter to one centimeter.

Several space agencies and organizations seeking solutions to the problem. Already several teams of scientists and engineers working to improve in principle the calculation of satellite orbits and broken, having created a large database with all the possible information you fly up there.

As demonstrated by the accident 2009, suffice conflict to generate thousands of extra 'junk' and it would be a nightmare. "If we continue like this, We will reach a point of no return ', He told «Nature», special in astrodynamiki Caroline Frouech of Purdue University, Indiana.

Every year the US military issued an average 21 warnings of potential collisions in space, number expected to increase dramatically in the coming years.

In part this will happen, because the US Air Force will operate a new powerful radar, which can detect objects in space less than ten centimeters, which is the current limit.

The International Commission for the Coordination of Space Fragments has issued guidance to companies, organizations and states to reduce their risks or emptying the satellites fuels "go to retirement" (so as to reduce the risk of an explosion), or download them to a lower orbit, to burn the Earth's atmosphere.

So far, only half the players that shoot satellites, They have responded to these requests.

Fleas in a haystack

In 15.900 calculated relatively large and detectable objects in low orbit (until 2.000 km), in 2.931 those in geostationary orbit (about 35.000 km) and to 1.488 those found in other intermediate orbits. Their total mass, in accordance with ESA, exceed 8.135 tons, greater than the metal Tower 'Eiffel in Paris.

"If we knew exactly where everything, We will hardly have any problem ", said the expert on space "garbage" Marlon Sorgue US aerospace company Aerospace Corporation.

Theoretically in space is not enough space for all satellites and all the "garbage", it is enough to know exact everything, to take preventive measures in time.

This scientific field called "space traffic management" and reminiscent of similar problems with cars on roads or planes in the skies.

But while air traffic controllers know the positions of all aircraft with an accuracy of one meter, unfortunately not all detectable space debris, while much of what is known, there is equally great precision, as regards the assessment of the track. There is not even a single international directory that contains all known "trash". Not infrequently eg. American and Russian elements vary for the trajectory of a fragment and one third do not know which estimate is more correct.

On the other, not secretive missing. The largest public database fragments are American, but almost certainly the US conceal information about their unlisted satellites. But something similar does the Russian government.

Some private companies have their own databases, but is not freely accessible.

The so-called "environmentalists space ', who want to maintain free and safe for all time, They speak of a "tragedy of the commons", as individuals and states "pollute" space, which is a common valuable resource for mankind. put pressure, especially in the US, and already the president Trump shows willing to transfer from the military to a civilian public service (perhaps the Ministry of Commerce) the responsibility for monitoring and recording public space debris.

But how can "pick up" a one space junk; Among the solutions proposed, are nets to catch the fish as, Magnets on track to stick on them stray fragments, as well as laser beams that will destroy or will even further during xapostelloun.

The satellite RemoveDEBRIS arrived at the International Space Station in April and then launched into space in June. Few days ago, the RemoveDEBRIS (something between fisherman, paint and garbage space!) spread a net to catch another micro-satellite Cubesat sized loaf of bread, breaking an unfolded diameter balloon a measure.

The RemoveDEBRIS wrap the net around the balloon and pulled close to him. At his beginings 2019 planned something more advanced, as RemoveDEBRIS will launch another "utensil", a space harpoon.

If the cost 15 million. EUR mission proved successful, Such nets and harpoons will be used in the future to collect stray space debris and dragged lower in the atmosphere, wherein by friction alone will burn their.