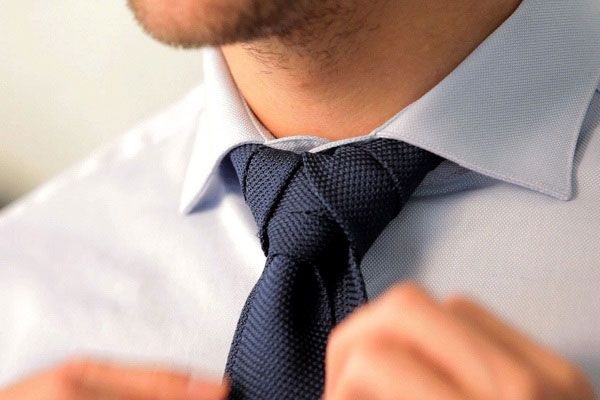 Those who are obliged or merely insist on wearing tie, caution! Try the tie as more loosely around your neck as possible after, as discovered new study, when tight prevents the blood flow to and from the brain.

Noose on the neck

To investigate whether the once almost mandatory for bat accessories made noose on the neck of men, researchers from the University Hospital Sleswig-Holsteen Kiel, Germany led by Robin Lounteke looked at MRI brain 30 healthy young men of whom wore half and the other half were not wearing tie. Of the participants who wore the tie they were asked to tie a Windsor knot and tighten enough to, to a degree that causes slight discomfort.

Right away, after volunteers shook their ties, the blood flow in their brains dropped by 7,5% on average and still remained reduced (approximately 5.7%) for some time after they were asked to loosen his tie and unbuttoned the collar of the shirt.

While the tie without control group there was no difference, all participants with tie showed a decrease in blood flow to the brain, others in smaller and others to a greater extent - 5 thereof the reduction was greater than 10%.

Pressure in the veins

As the scientists explain in their respective publication in the journal «Neuroradiology», tightening of the tie presses the veins in the neck, holding the blood in the scalp and creating pressure. This extra pressure compresses the brain blood vessels thereby reducing blood flow. The findings of German scientists are consistent with a previous American study which was done by researchers of the Hospital Eye and Ear in New York and had found that the tie raises the intraocular pressure, potentially increasing the risk for glaucoma onset.

Regarding the flow of blood to the brain, however,, Experts who were not involved in the German study indicated that, although it is those who wear a tie not to tighten, a decrease of 7,5% rather not have appreciable effects nor obvious symptoms for men who are healthy.

However can create problems in smokers, the elderly and people with high blood pressure.

Coronavirus Travel-Beaches: Concession for the use of Aigialos and Paralia and in the Rooms to Let [Document]

With an amendment of the Ministry of Finance, enable, until 31 October 2020, of the simple use of the seashore and the beach without auction, στα όμορα προς τον...
Read more

The Ministry of Development and Investment, issued a New Circular clarifying the terms and conditions of operation of catering stores. There is a report, including,...
Read more
Previous article The Bullying is not treated by civil servants
Next article Approved permission for new pontoon in Nammos on Psarou beach
Share
Facebook
Twitter
Pinterest
WhatsApp
Linkedin
ReddIt
Viber
VK
Tumblr
Telegram
Mix
Digg
LINE
Email
Print

Mykonos: Arrest of a citizen by officials of the Port Authority

Return to Fast Ferries Andros, the port of Rafina, to Andros-Tinos-Mykonos

Fast Ferries Andros is expected to depart on Monday 1/6, from the port of Piraeus, for the port of Rafina,...... πραγματοποιώντας νωρίτερα δοκιμαστικό πλου...
Read more
Coast Guard & Domestic Shipping

Coronavirus Travel: Plakiotakis demands an increase from EODY 10% due to the three days of the Holy Spirit