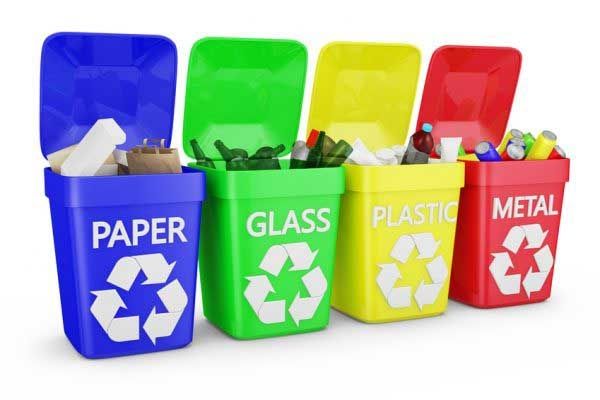 the radio station "The Red", "for 2019 the forefront of the news says it will be mandatory separate collection of organic waste and all recyclable for all municipalities of Greece ".

"He has voted in Cleisthenes, We will immediately jump to Interior Minister. Haritsis the efarmostikes decrees "noted the deputy minister, who stressed that "there's five eastern Attica municipalities initiative together with the Region, for composting plant and a separate collection of organic waste (food and pruning)».

Furthermore, reported in cases municipalities and the metropolitan area of ​​Athens have cost savings in waste management up to third, because longer make recycling and sorting organic source.

By the government, pointed: "We have pledged to announce the location of projects in Attica in the House… We have very close cooperation with the Region, we have prepared financing, with 150 million. euro initially, the first treatment projects in Athens ".

Earlier, Mr.. Famellos spoke about the arbitrary demolition in progress, stressing that "after the deadly fire in Mati, announced the assumption of responsibility of the demolition of unauthorized (syntax and protocol execution) and the Ministry of Environment, because in Decentralized Administration and much more in primary Government was serious matter delays and inefficiency ".

"In this respect, the framework budgets of the projects of Decentralized Administration and two contracts were activated. One space materialized 22-25 August and the other 27-30 August. One was in Saronida and Artemis, with demolition abuses forest near the foreshore, the other in Marathon and Limnionas, which also demolished homes in forest areas adjacent to Kalamos "argued deputy minister. For the rest of Greece noted that it already received the demolition protocols and reports from the forest and mortgage services, but a great effort to be given and the building services of municipalities, because -as stressed- "There was no big deal".