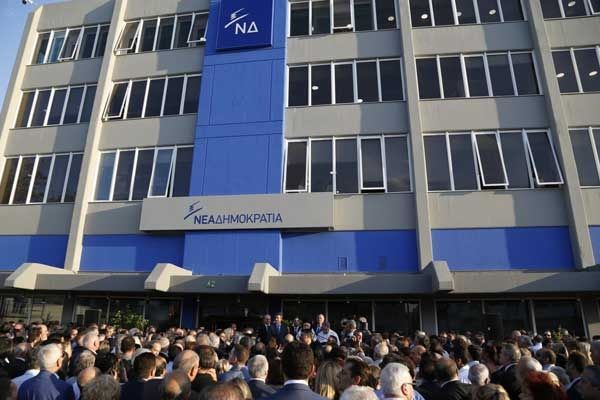 aftodioikisi.gr of Piraeus which is expected within the next week (SS. probable date of August 21st) to meet the competent, by Nikitas Kaklamanis, Election Committee for regional and municipal elections).

According to the same information ND are going to give official "anointing" only in the regions and perhaps in some large municipalities(SS. although the case "hangs" in the municipality of Athens, wherein R. Bakogiannis, You would not want in any way to be an official party candidate, the standards of the application and 2014 Region in Central Greece) and therefore the search and selection of candidates began on 13 regions. in some, indeed, Where it is easy process, as ND has elected prefects who perform well.

In the largest region of the country, Attica, which currently has Syriza with Rena Dourou, It seems to be "close" the candidacy of president and mayor KEDE Maroussi George Patoulis, who in a recent meeting with the President of ND Kyriakos Mitsotakis, He expressed its willingness to facilitate the party, withdrawing the candidacy of the municipality of Athens, view the announcement of the candidacy of Ms. Costas. Information aftodioikisi said the nomination Patoulis closed after the withdrawal of his opponent base for this post, Mayor of Peristeri Andreas Pahatouridis, and the decision of the Mayor of Palaio Faliro Dionysis Hatzidakis be parliamentary candidate in the Southern Sector. For this reason, for connoisseurs will be surprised to proceed earlier discussions between ND and KINAL for joint support of the candidacy of former Prefect Yiannis Sgouros, who, in any case, It is likely to be supported by executives of Piraeus and "blue" elected situated opposite the president KEDE, at least underground.

ND will not repeat the mistake 2014 with two nominations (Apostolos Tzitzikostas, Giannis Ioannidis) and after the restoration of Tzitzikosta-Mitsotakis relations, has been selected as a candidate now Prefect.

After the death of George Pavlidis, regional directors of the majority chose, with the support of Piraeus, the "Mitsotakis' work.His work indeed for Chris Prefect of Eastern Macedonia - Thrace. Mr.. Work.His work indeed expected to be re candidate, although some of Antiperifereiarchis who were his opponents in elections endoparataxiakes, such as D.. Petrovic, trying to go, without success for now, in front.

ND lost 2014 Region of Western Macedonia held with George Daki, the candidate of ANEL Thodoros Karipidis. Mr.. Karipidis is expected to come down this time and the (informal) support of SYRIZA and the opposite is likely to find the current MP Kozani ND George Kasapidis, although he seems to prefer the central political scene. However, It is a candidate who has not yet closed, as, the main opposition party's position even flirt former mayors Eordea Friday Vryzidou, Amyntaion Makis Iosifidis and Ptolemais Gregory Tsioumaris. As for the former Prefect George Daki, not appear to meet likely to be re candidate ND.

After normalization, but not re-engagement of the Southwest Sun President. Mitsotakis and Prefect Epirus Alekos Kachrimanis, The Last, every indication, He's the one of the main opposition party for the Region of Epirus. Of course, from the area of ​​the center, He has announced his descent and communicator Spiros Rizopoulos, who maintains very good relations with Piraeus executives previously named "played" as ND official candidate. indeed, information aftodioikisi.gr, They said it may build underground stems from the so-called "Mitsotakis' block.

Although the current "blue" district commissioner and president of ENPE Costas Agorastos, as the performance of the region are not recorded as positive, flirted last time a candidate in the municipality of Larissa against the current mayor of SYRIZA Apostle Kalogianni, second thoughts in the restored ... reality and a new nomination in Thessaly Region. in any case, Relations Mr.. Buyer Piraeus, although they have somewhat eased,  are still not the best, as often-dense accused of "companions" that makes (opportunistic) "Game" with SYRIZA.

After the departure of Ms. Costas for the municipality of Athens, ND looks a strong candidate to oppose the Apostle Stylidas Gletsos mayor already has announced his candidacy as a partisan but the mayor Miltos Skyros Hatziyannaki and Secretary General of the Ministry of Citizen Protection Dimitri Anagnostaki attempting to candidates SYRIZA. Therefore hear the names of Gujarat MP and former government spokesman Simos Kedikoglou, where, Nevertheless, prefer the central political scene, and former Minister Costas Markopoulos.

The candidate of the ND 2014 Andreas Katsaniotis had lost for just 3.000 votes (50,5 against 49,5%) by now Prefect apostolos katsifaras, wishes to re-candidate. However, Piraeus seems to privilege the former MP Ilias, close associate of K.. Mitsotakis and responsible provincial press, George Kontogianni, who has also expressed his desire to be a candidate prefect Western Greece.

A difficult region to the west after the final rupture of relations with Kyr.Mitsotaki now Prefect Peter Tatoulis, who was re-elected 2014 as an independent and has announced that it will be re-candidate and 2019. According to information from aftodioikisi.gr, candidature progressing from Piraeus after the normalization of relations with Antonis Samaras, He is the current mayor of Kalamata Panagiotis Nikas, who seems ready to take the next step. If finally, the way ahead Mr.. Nika, alternatively consider the nominations of former prefect of Corinthia and former deputy environment minister in Samara-Venizelos government, Nikos Tagaras and the former Member, Fevronia Patrianakou. indeed, some argue that, finally, P.. Tatoulis that 2019 will be 66 years and has long experience in both the central political scene and in the Peloponnese region (two terms), will ultimately back, in order to be re-nominated MP with ND in Arcadia, daughter Evi Tatoulis, thus diefkonylei the candidate ND project.

The New Republic lost the Region of Ionian Islands 2014 the current Prefect Theodore Galiatsatou (SYRIZA) both because of the victory Climate current ruling party and the other the negative term of former Prefect Spyros Spyrou. Mr.. Spiros has expressed interest in re-prefect candidate but Piraeus seems to be close to another candidate known self-governed island: The former mayor of Corfu Yannis Trepekli, who had descended the 2014 candidate mayor in Corfu, occupying third place with almost 22%. This way both consolidated ND forces in the municipality in the Merope Hydriote, who split the 2014 (Hydriote, Trepeklis), while the main opposition party downloads a strong candidate against the "worn" Th.Galiatsato.

Confusing is currently the situation with the candidate in the Southwest Region of Crete. That's because the main opposition party, through the Secretary of the Political Committee Lefteris Avgenaki, Flirting was still not finished with the current district commissioner Stavros Arnaoutakis. However, as they say in Piraeus, the comings and goings of Mr.. Arnaoutaki which discusses and SYRIZA, provide cooling have the initial warm interest of the main opposition party. Alternative candidate for ND, giving special attention to Crete due and origin of Kyr.Mitsotaki, is the former head of Electronic Crime, Manolis Sfakianakis, while Piraeus sources did not exclude the aftodioikisi.gr and "great surprise", without giving further details.

ND has Prefect, George Hatzimarkos, who indeed, It seems to have performed well in the polls and that's why there is no question or not is again a candidate or not supported by the main opposition party.

Reverse the South Sea is the situation in the North Sea, where, while ND has Prefect (Christianna Kalogerou) but its performance is not good, thus sought solution. Information indicates that there are thoughts not descend Ms candidate again. Kalogerou, despite the fact that she wishes, and support together with KINAL, the renowned journalist Stamatis Malelis. indeed, The same sources say that there have been discussions and, something that, according to the same estimates,  antiSYRIZA explains the shift that has taken recently Mr.. Malelis.

SS. In light map depicts the results of regional elections 2014. 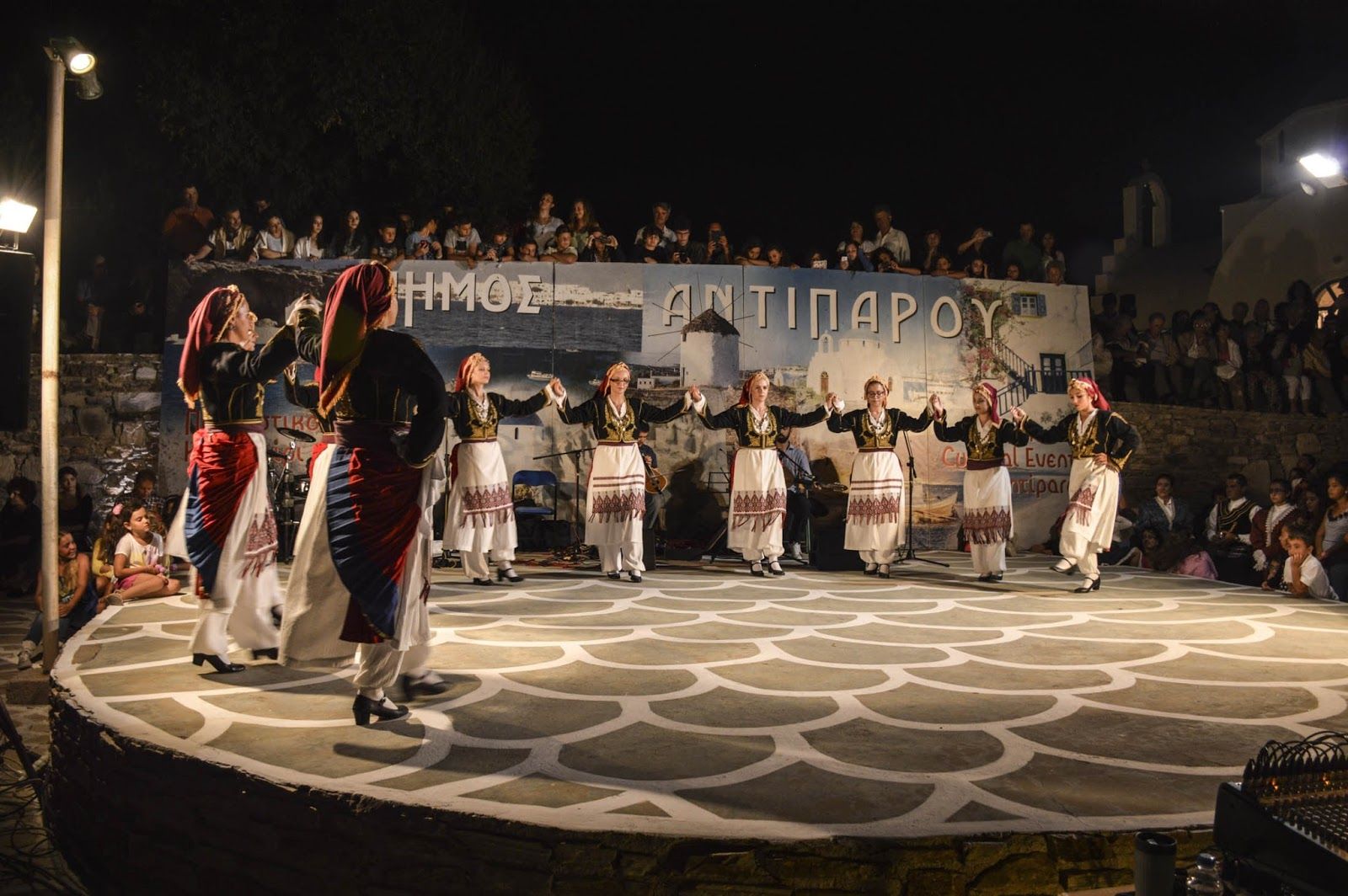 EOF issued a statement today regarding dietary supplements that are dangerous for human health ...... As AEO reports, after information from ...
Read more
Airplane - Flights

Greece's borders with Britain open from 15 July!! The announcement that in 15 In July, the borders of Greece with ....
Read more
Business

In the coming days, the payment of the amounts is expected to start 100.000 companies and professionals who participated in the second cycle of the returnable advance .......... All...
Read more
View more