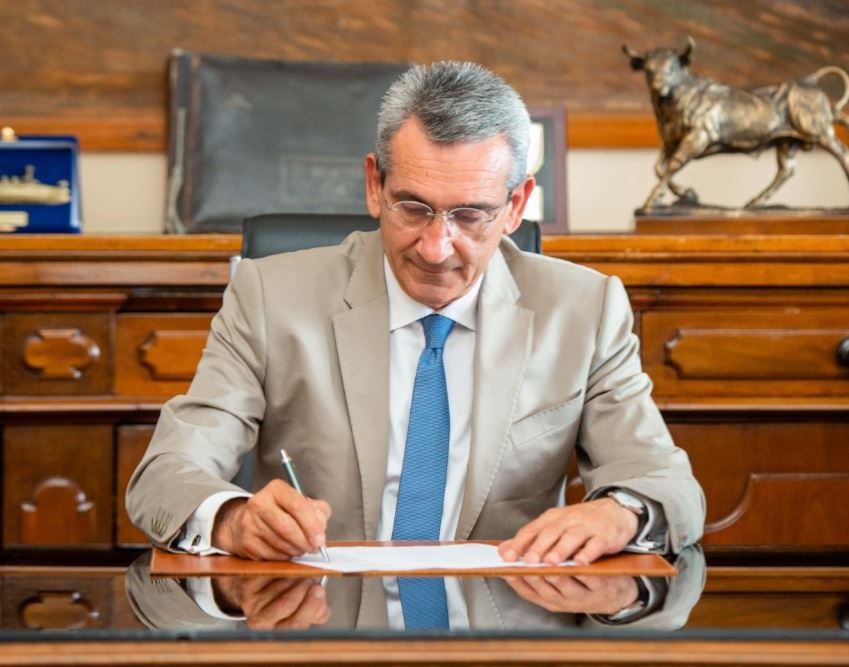 Urgent letter from the Governor to the leadership of the Ministry of Tourism
The Regional Governor N. requests corrective actions from the Minister of Tourism. Aegean, to rectify the distortion in the UK market, which may adversely affect bookings in Greece……….

English media reports on the index used by the UK Department for Transport, which determines whether a country joins the list of those countries, from the return of which a 14-day quarantine will be required.

He sent an urgent letter, today, 17 August, the Region of Southern Aegean, George Chatzimarkos to the Minister of Tourism, Thanks to Theocharis and the Deputy Minister of Tourism, Mano Console, requesting corrective action, regarding the distortion observed since yesterday in the British press, on the indicator it determines, including, whether a country will be included in the list of those countries in return, of which a 14-day quarantine will be required.

Specifically, There have been reports in the online editions of some British newspapers that order, after France, Greece now has to be included in the list of those countries in return, of which a 14-day quarantine will be required.

These Media justify the above argument after assessing, incorrectly as documented in the letter of the Governor, that the number of cases in Greece has already exceeded their limit 20 cases per 100.000 residents. The above means to substantiate their argument, artfully(;) or wrong(;) based on the index “cases per 100,000 residents in the 14 days ", where indeed, in this index Greece appears today with 20,1 casea: https://www.ecdc.europa.eu/en/cases-2019-ncov-eueea.

However, the United Kingdom Department of Transport, as one of the criteria of his decision, is not that of the 14-day but the index “cases per 100,000 residents in the 7-day period ”, to whom, Greece is currently at 13,6 and therefore unquestionably below its limit 20, which means that today there is no reason to maintain such a negative image in the media.

For this distortion, the Regional Governor requests corrective actions from the Minister of Tourism, in collaboration with the British Government, in order to prevent negative effects on the course of bookings by that country, noting in his letter that: "The task of carrying out tourism in the midst of a pandemic requires of all of us high levels of vigilance, readiness and cooperation ".

Alongside, actions are coordinated at other levels, as well as the spokesperson for the International Media of the Tourism Initiative, sends a letter to the publishers of the British Media, while he has also informed the Deputy Consul of Great Britain in Rhodes about the issue, K. Rania Kosioris.

The full text of the letter follows