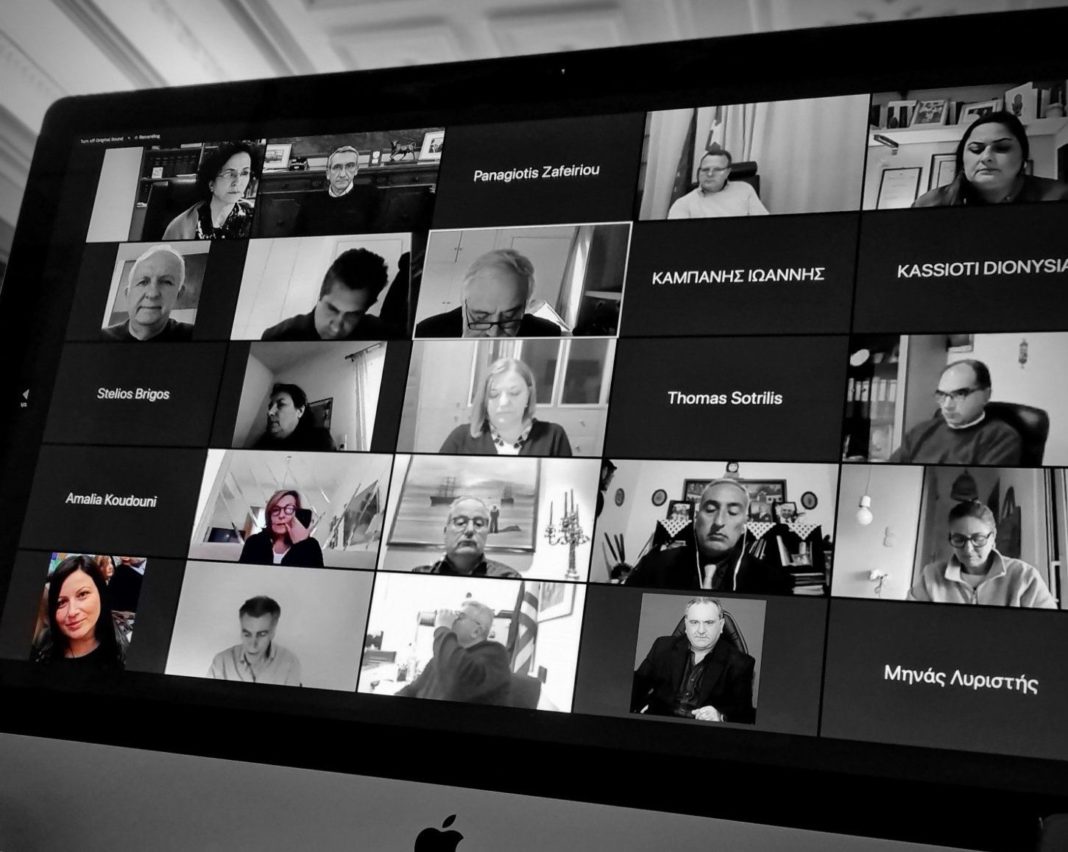 The deconstruction of the so-called political culture of the alliance and its leader
The deconstruction of the supposedly political culture of Manolis Glynos took place today in a spectacular way, at the meeting of the Regional Council, where it was proved for the umpteenth time that he chooses to flee in difficulties, but also that he has delegated the setting of his agenda to extraterritorial centers, with an extra-institutional factor in the role of natural leader of his faction!………….
The way of escape from his responsibilities but also from his actions, unable to defend them, chose again today, according to his regular tactics, Manolis Glynos, who together with all the members of his faction left the meeting of the Regional Council, conducted by teleconference.

When discussing the topic of thermal springs, the Region, George Chatzimarkos referred to the responsibilities of Manolis Glynos, for a number of years in the first degree of Local Government in the Municipality of Rhodes, period during which the entire public property of Rhodes, which until then belonged to KED, passed to ETAD overnight, while at the same time the Dodecanese lost the 50% of revenue from the management of the above property, without having publicly reflected the opposition and its differentiation in this transfer and the abolition of the financial obligation that the KED had until then, while today, raises the banner against the transfer to the state of thermal springs, whose ownership has been transferred from 2006.

Manolis Glynos reacted to the position of the Regional Governor on the issue, which ironically attributed to "side effects", implying the recent vaccination of Mr.. Hadjimarcou. In the speech of the Regional Governor, he opposed his 20-year term in the Municipality of Rhodes, while in an attempt to demonstrate a supposedly political culture, claimed that he never devalued the face of George Hatzimarkos.

The response of the Regional Governor to the continuous characterizations, the ironies but also in the display of false political culture, led Manolis Glynos to call his party to leave the meeting of the Regional Council, a move that shows a lack of support in front of everyone, of positions that only through the safe route of Press Releases and monologues in friendly to that media, can formulate.

Mr.. Hatzimarkos in response to Manolis Glynos, said the following:
"For Manolis Glynos, the popular verdict has value only when it concerns his person. Because the others have not been elected by the people ;
The 2012 was granted to the Municipality of Rhodes in 0,1% of the property of the place. The rest was removed, as removed 100% of the revenue that the place had from public property. But even the 0,1% of the property returned, forgot to transcribe it!
So this is the much-touted political culture of Mr.. Manoli Glynou who, according to his inaccurate statement, has never devalued the Governor, regardless of whether until yesterday he still said “when will this arrogant stop doing everything,what does he smoke ”. It is this political culture and the new ethos that his party would bring to the local government, which led him to be a prosecution witness in a lawsuit against the Governor. The political culture is so great that I do not know in which countries if we search we will find a political leader to be a prosecution witness against his political opponent. Maybe, only in Latin American countries. Unless Mr. Manolis Glynos is not a political leader. I will read to you today the testimony he gave to Justice, against the Regional Governor Mr.. Manolis Glynos, extremely high level of political culture, at 26 October 2020, in a lawsuit filed by Mr.. Martinis. "I know Mr.. Martini from my childhood. I have to say that he is an honest and reliable journalist. Regarding his difference with Mr.. Hatzimarkos, I reserve the right to testify at any hearing ". Monument of political culture. Well, let the masks fall from everyone ".

Following these, Manolis Glynos called on his party to resign from the Regional Council, since he obviously could not support the display of his fake political culture, refusing even the call of the Governor to remain in the meeting and to ask the Governor questions about his vaccination. The answers that, he obviously knew, that Mr. would take. Manolis Glynos escaped with his escape. He preferred the monologue once again.