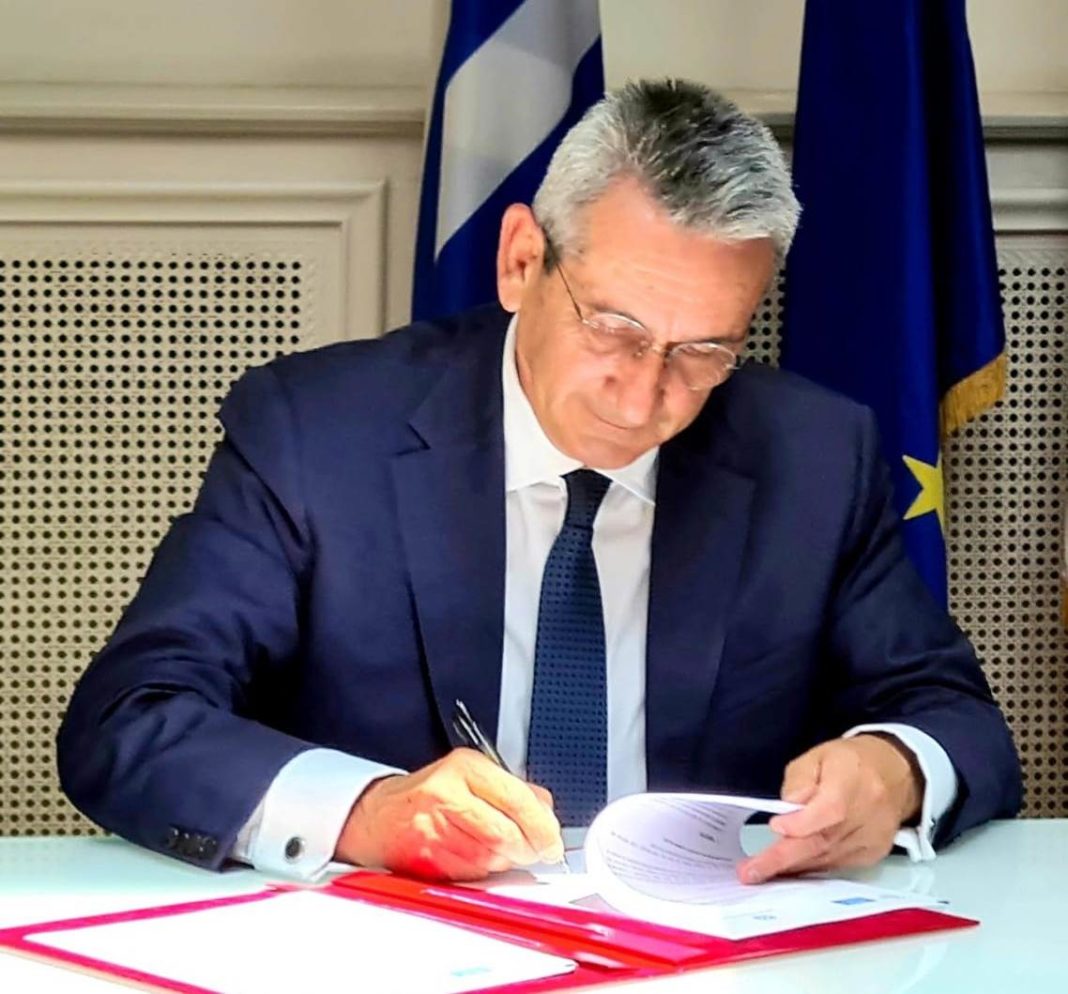 Aegean islands: Auctioned by the Region N.. Aegean and the Kremasti Rhodes Bridge

George Hadjimarkos: "We are taking a step – step, one – one of the fronts of indifference and incompetence that we have inherited and we are moving forward "……………

The Economic Committee of the South Aegean Region, which met today under the chairmanship of the Regional Governor, George Hadjimarcou, approved the preliminary study, supportive studies, the tender documents, the conditions and the definition of the Committee for the conduct of the electronic tender for the implementation of the project that will completely reform the area and will allow the comfortable and safe traffic flow to and from the airport of the island.

The project budget "Improvement of Provincial Road 81A02 on the bridge Kremastis n. Rhodes "amounts to 2.800.000,00 € (before VAT) and is financed by the Public Investment Program of Region N.. Aegean.

The play, just like with other projects on the island of Rhodes, with the most characteristic being the Gadoura Dam and the Afandou Bridge, is one of the big and serious projects for the island of Rhodes, which the Regional Authority of George Hatzimarkos received from the previous one, or in the form of construction sites - ghosts, or supposedly mature to build, to be found then before surprises, with the unprecedented irresponsibility but also the communicative and pre-election exploitation of these projects, which proved to be the only expediency that these projects served.

A project that despite its necessity, turned into a pre-election game of the Regional Authority of the period 2010 – 2014 and for this reason, it was not possible not only to build but not even to start the project, although a contract had been signed with the contractor.

Despite the efforts of the current Regional Authority, all these years, to close this wound he inherited, Criticisms against her for the delay in the execution of the project were not absent during today's meeting either, continuing the same tactics followed by 2014 until today, from the position of the minority and without a trace of self-criticism, those who are the continuation of the Regional Authority that was then responsible and created the problem!

It is recalled that the project was hastily auctioned by the Regional Authority of the period 2010 – 2014, under the pressure of the local community, after his tragic events 2013, which cost human lives.

The outcry over the election eve events, hastened the signing of a contract with the contractor in May 2014, on the eve of the regional elections. Although the term of the previous regional authority, expired on 31 August 2014, the contractor never installed and the project did not start, after the services of PEHO found that the project lacked specific studies, therefore it was illegal and could not be executed.

The current Regional Authority undertook to heal this wound that it received and is doing so with the seriousness that characterizes the way it operates, as has been proven in the cases of Gadoura Dam, of the Afandou Bridge, but also of the Makari River Bridge in Haraki, where she showed rapid reflexes in his November 2019, so the Bridge collapsed.

The timely management of the identified danger of the bridge by the Regional Authority, resulted in no human lives being endangered, but also contributed to the shaping of the institutional framework for Civil Protection, after the occasion was established for the first time in the country the possibility of preventing natural disaster, with the possibility of declaring areas in a state of special mobilization due to the threatened danger.

On the occasion of today's decision of the Economic Committee for the Kremasti Bridge, the Region of Southern Aegean, George said Hadjimarkos:
"One more commitment is being made today. The auction of the bridge of Kremasti, stands out among our current decisions. Lives were lost there, some of our fellow citizens told me yesterday. Unfortunately, Yes, I answered, but let me note that this happened 2013 with another Regional Authority. From the first day we took over, we gave a lot of energy to Civil Protection and to the protection of human life. indeed, in this river we proceeded with intensive cleaning even when we had no responsibility for it. We did it because we never put it on “political costs” over the right decision that had to be made and I have many such decisions of ours to present whenever I am called for’ this.
I am shocked by the fact that the criticism came all this time from the political group of those who were in charge at the time. ; Unfortunately, no. We have become accustomed to unbridled populism, to the cheapest and irresponsible screams. We close step by step, one by one the fronts of indifference and incompetence that we have inherited and we are moving forward ".