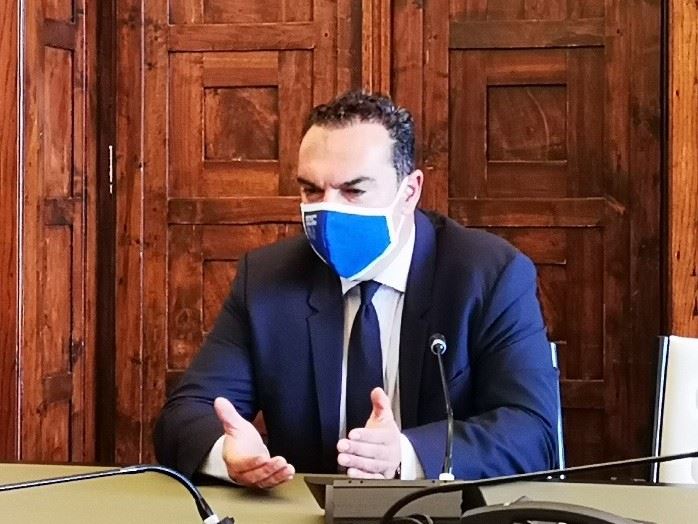 I was a small child, elementary school student still, when my mother, a philologist who loved history with passion, spoke to me about 2 Conditions. Sevres and Lausanne. The first was a triumph of the Greek positions and strategy in the context of the union of the Greeks in a large and powerful state while the second marked the new reality after the unsuccessful and bitter outcome of the Asia Minor Campaign.. Actually………….

But diplomacy often maintains a different view of things than that of history. However, the Treaty of Lausanne, which is still strong today, plays a different role. Determines the Greek sovereignty of the Aegean islands. This is why voices are heard from the East and threats to change it… Such a thing is not possible under international law. This is not a Greek-Turkish Treaty but an International Treaty between the victorious powers of World War I and the new Turkish state. Today they started again after 2016 Greece - Turkey exploratory contacts The Treaty of Lausanne stands firm in its position defining the territorial borders and consequently the maritime demarcations. Let the guards know…

After the end of World War I and the fall of the Ottoman Empire, The Allied Powers entered into negotiations leading to the signing of the Treaty of Sevres on 10 August 1920. It was a triumph for the Greek strategic aspirations as it realized the "Great Idea" and created Greece "of the two continents and the seven seas" while at the same time it sealed the dissolution of the Ottoman Empire..

But military operations continued on the Asia Minor front between the Greek Army and Turkish forces who did not accept the Treaty with the final political and military domination of Mustafa Kemal leading to the establishment of the Turkish State..

This was followed by the signing of the Treaty of Lausanne on 24 July 1923 between the Allied Powers and Turkey, revising the provisions of the Treaty of Sevres and recognizing the borders of the modern Turkish state without the former Arab provinces, with British domination in Cyprus, Italian in the Dodecanese and Greek in the North Aegean. The Allies backed down on their demands for Kurdistan autonomy, for concession of territories in Armenia and spheres of influence in Asia Minor. The Bosphorus Straits were declared open for navigation.

The Treaty of Lausanne established a regime of Greek sovereignty over islands and corresponding maritime zones of the Aegean. Under international law, the legal title acquired through a treaty is the strongest form of legal sovereignty. The Treaty of Lausanne essentially ended World War I in the east, as well as the post-war hostilities on the Asia Minor front between Greece and Turkey and officially recognized the sovereignty of Greece in the islands that de facto occupied until then.

With regard to the sovereignty of the smaller islands and islets, the Treaty confirmed the situation and recognized that the islands which were less than 3 miles from the "Asian coast" will be under Turkish rule with the measurement defined by the Asian coastline and not by the coastal islands . particularly, between the years 1878 and 1913 Greece occupied Lemnos, Lesbos, Chios, Samos and Ikaria from the declining Ottoman Empire through a series of successful military operations and given the existence of significant Greek populations in them.

The legal framework of the Treaty, the following provisions concern the determination of the sovereignty of the islands. Article 15 of the Treaty, Italian sovereignty over the Dodecanese was confirmed. In the article 12 of the Treaty confirms the sea limit of 3 miles, as to which smaller islands or islets will be under Italian and Turkish rule respectively. The article 6, stipulates in the second paragraph that, "In the absence of provisions to the contrary, islands and islets within three miles of the coast are included in the coastal State borders ". The article 12 confirms that Turkey has sovereignty over the islands of the Eastern Aegean "Imbros, Tenedos "and that Greece has sovereignty over Lemnos, of Samothrace, of Lesvos, of Chios, of Samos and Ikaria ".

The second paragraph of this article repeats the general statement referred to in the article 6 on "Islands less than three miles off the coast of Asia and under Turkish rule". Subsequently, the article 16 it's mentioned that: "Turkey waives all rights and titles and respects territories outside the defined borders".

The article 15 covers sovereignty over the Dodecanese. Turkey conceded 14 islands "and the small islands dependent on them" in Italy using the following language: "Turkey renounces all rights and titles in favor of Italy on the following islands: Stamp (Lightning), Rhodes, Calcium (Halki), Scardano, Cassos, Μισύρος, Leros, Patmos, the Lipsona, Symi and Kos, which are currently occupied by Italy and the islands that depend on them (Ίμια), as well as the island of Kastelorizo ​​".

The terminology of "dependent islands" – is different from the one used in the Paris Peace Treaty 1947 with Italy, to deliver 14 islands in Greece, along with their "adjacent islands" , but a connection is expressed with the larger islands.

According to the article 20, Greece gained sovereignty over all the islands of the Eastern Aegean, with the exception of Imbros and Tenedos and the Lagous Islands. In Lausanne, the borders between Greece and Turkey were effectively defined and transnational relations were regulated. The exchange of populations was determined, from which the Greek inhabitants of Constantinople were excluded, as well as the Muslims living in Western Thrace..

The Treaty of Lausanne marked the beginning of a new era between the two states. For a significant period, peace and harmonious coexistence prevailed. After the middle of the 20th century, serious disturbances began to appear in the relations between the two states. In the article 16 of the treaty, Turkey renounces all claims related to the islands and therefore, it is not allowed any question in the context of the national sovereignty of Greece in them.

The Treaty is extremely important and clearly in force and produces legal effects. The Eritrea-Yemen Arbitration (1998-1999), interprets and implements the Lausanne Peace Treaty, in particular the article 16, as valid and important, giving her interpretation.

After the 15th of July 2016, when a failed coup attempt took place in Turkey, The debate on the revision of the Lausanne Treaty began in the Turkish political scene. President Erdogan, challenging the treaty sparked arguments that Turkey would be stronger after its revision. A strategy of revision and pressure on Greece followed with the idea of ​​"Mavi Vatan", the Turkish-Libyan memorandum and NAVTEX diplomacy that have increased tensions and created conditions of general ignition and military conflict in the Aegean and the Mediterranean.

The territorial status of the Aegean islands and consequently the basic issues of maritime demarcation were regulated by the signing of the Treaty of Lausanne.