When I was an elementary school student, I enjoyed reading books. Many summers in the Medieval City, I was visiting the Public Central Library of Rhodes, which is located directly opposite the commercial store maintained by my grandfather Ioannis Flevaris. Stamatis Pinigis was the librarian at that time, excellent and knowledgeable. He suggested that I read, among other things, novels by the great Jules Verne. One of the first was the famous classic science fiction novel by the French author published in 1869 and narrates the adventures of the inventor-professor Aronax in the submarine "Nautilus" of the master "N" emo, in his own fantasy world and dark seabed……… 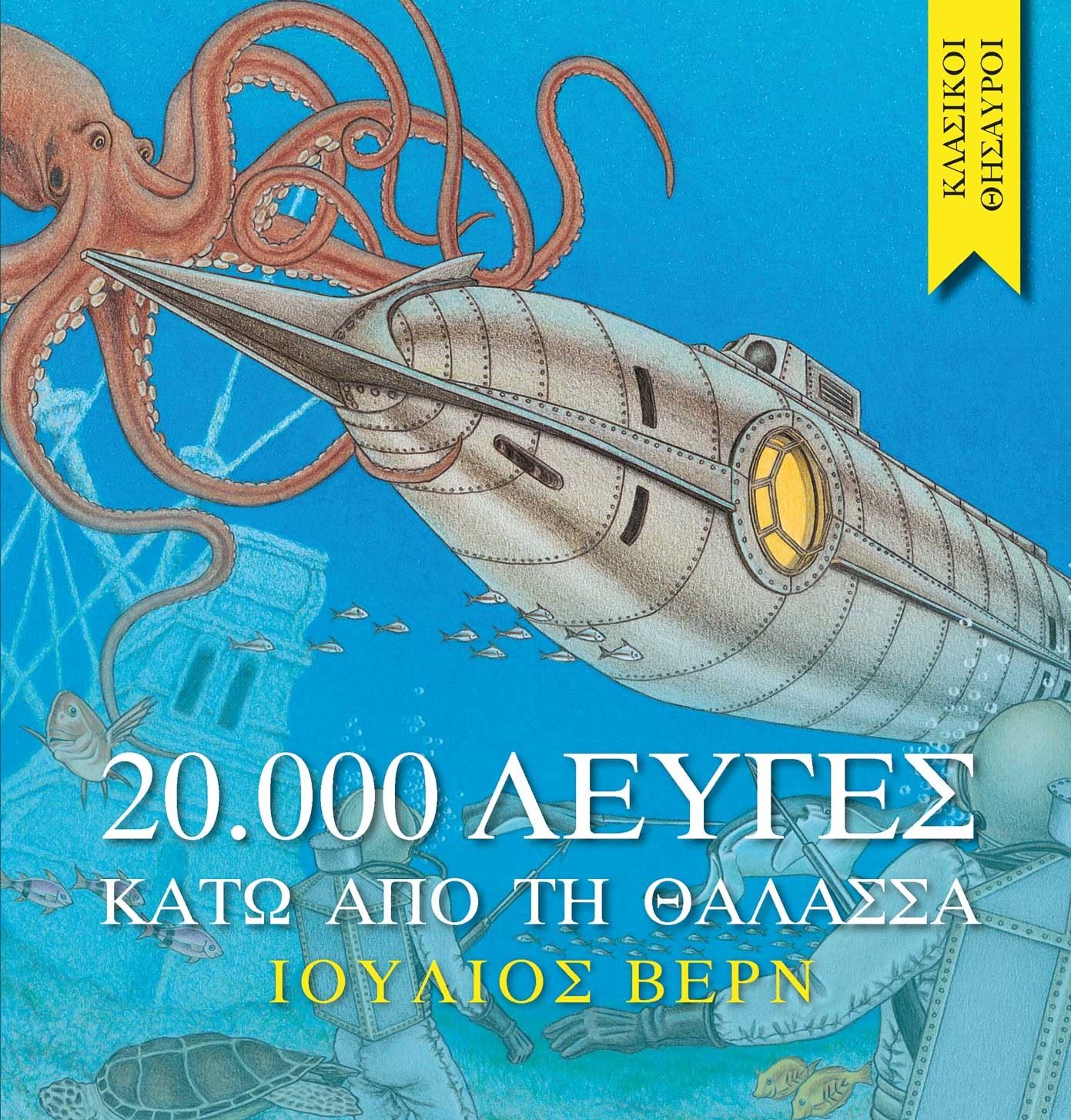 Watching the Saturday and Sunday news and electronic media,I was surprised to find that the island of Rhodes was dominated by the cancellation of the concert of the famous singer Antonis Remos instead of the expected ones for the dangerous spread of the Covid-19 pandemic in our country, for the continuing Turkish provocation and aggression against Greece and in general for national issues or for essential local issues;

The paradox of the case is that some wanted to give pholistic tone in the news of the non-realization of the singer's appearance involving the South Aegean Regional Governor! Cancellation or postponement of artistic appearances for various reasons has taken place in the past in many parts of the world and this is not uncommon.. Unusual and unacceptable, however, is the enlistment for opposition purposes, an attempt to involve the Regional Governor in the matter.

If anyone is wondering after the unbridled posts, articles and reports on the alleged pressure of the Regional Governor to the Authorities for the realization of the concert, to know that George Chatzimarkos has nothing to do with the artistic event! From the discussions and communication I have with the Regional Governor, it appears that he works and is not anxious about concerts and singers.. In essence, any such allegation is an insult.

It deals with the big and serious issues that are especially plaguing our country and the world at this time.. These are national issues that I am not allowed to add anything else, issues concerning the present and the future, issues of the pandemic that is re-igniting and may cause additional restrictive measures with similar consequences, economic issues, tourism with reflection in society, in the business, to employees, in vulnerable groups, in their endurance and in the need to further strengthen every necessary structure in health, to education, in infrastructure and in everyday life as it has been shaped by adverse conditions today.

The Governor's chair is "electric" and those who have served in positions of responsibility are well aware of it. George Hatzimarkos is facing these together with the Prime Minister himself, with the Government,the Regional Authority, his associates, the Bodies, the services, Local Government and institutions.

The allegations and what is said about the fact that the Regional Governor allegedly deals with the concert of Mr.. Remus is funny. I wish the problems in this place were about singers and concerts but things are not like that and every person who has common sense understands the truth.

All this concerns "Antonis Remos" strongly reminiscent of "Captain Nemos" who with his submarine made sudden emergencies and then disappeared to the bottom! Those who heard about the incident wondered if it was true or false or at least what exactly happened.

In the case of the concert of the famous singer, nothing that is written and heard happened. The Governor does not care about the artist and his events, but the great and important issues of the Region and our homeland. In public discourse, the appropriate level must be observed and constantly pursued. So I refuse to go into case studies and nomenclature.

Lies and slander are quickly dispelled and it is certain the defendant from an unjust attack, George Hadjimarkos, will once again react appropriately and effectively. He has proven many times in the past that he is not afraid and immediately puts things in their place, dispelling any doubt.

Moreover the submarine "Nautilus", his crew and their so-called, are already diving along the depths of the oceans, at 20.000 leagues under the sea.

The Council of State rejected as unfounded the application of the Panhellenic Association of Shops and Consumers of Catering and Entertainment, with which he asked to be canceled ...........
Read more
Previous article Eastern Mediterranean EEZ: War for economic zones in the Mediterranean;
Next article Turkey’s aggression in the Aegean: Instead- Navtex Athens responds to new Turkish challenges
Share
Facebook
Twitter
Pinterest
WhatsApp
Linkedin
ReddIt
Viber
VK
Tumblr
Telegram
Mix
Digg
LINE
Email
Print