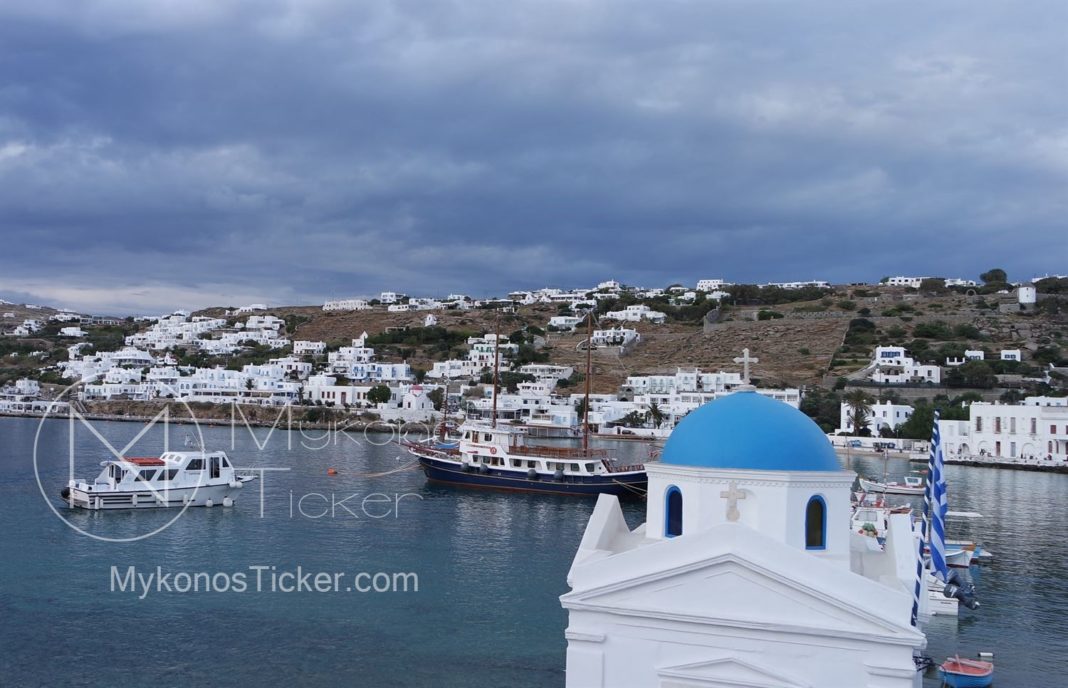 In the intensification of vaccinations in the Aegean islands, which will become the first areas in Greece that will be Covid free, hoping to welcome visitors in the summer, cites an article in the British Guardian……….

Describing the project as one of the biggest business challenges of the modern era, The article states that the authorities are committed to at least 69 Vaccinations will be fully completed by the end of April.

Giving an interview to the newspaper, o Secretary General of Primary Health Care, Marios Themistokleous notes regarding the smaller islands that precisely because their supply is so difficult, we decided to vaccinate whole populations at once, so that when they begin to receive tourists, permanent residents to be fully vaccinated and protected.

As part of the plan, designed with the help of the Armed Forces, The delivery of thousands of vaccines to remote islands will increase in the coming weeks.

Mr.. Themistocleous described the operation as complex, in which planes, Coast Guard helicopters and boats were staffed with soldiers, Civil Protection and police officials involved in various stages of the process.

"It is very difficult to transport vaccines to an island. It requires a specific process that involves many people … each is a special mission from the moment the boxes leave our warehouses ", he told the Guardian.

As urban centers throughout Greece struggle to quell the third wave of the pandemic that is now spreading across Europe, the vast range of islands of the country remained remarkably untouched by the crisis, notes the columnist.

The mayor of Lipsi, Fotis Magos, proudly states in the newspaper that only a positive case of coronavirus from the outbreak of the pandemic has been detected on the island, that of a soldier, who was returning to the island from his leave.

"We see Athens and other cities and we realize how lightly it touched us. We are in lockdown, our shops and schools are closed, but I think our success lies in the fact that we threw all our weight on the people who are coming, which are checked twice. We are very strict in this ", points out.

Almost the entire adult population of 800 people living permanently in Lipsi have been vaccinated. "Forty-five percent is below 18 years, but almost everyone in the vaccination age group received both doses of the vaccine and 86 people will be vaccinated this weekend. I hear that tourist bookings are over. We are very, very satisfied ".

On the adjacent island of Patmos, popular destination for celebrities, pilgrims, but also of the cosmopolitan elite, the prospect of becoming Covid free in a few weeks had an enthusiastic impact.

"It simply came to our notice then 3.100 people living here and most over 60 years have been vaccinated ", said its mayor Eleftherios Pentes. "The list closes this Friday and almost everyone aged from 18 until 59 years are registered for the download. Last November we had 25 Covid cases here and I think it was a lesson for all of us ", continues.

In places that often feel cut off from the rest of the world outside the tourist season, the vaccination campaign has also boosted morale. The people of tourism were the first to welcome the idea, hoping to reverse last year’s losses.

According to the publication, plan, which is repeated on the other side of the world, with Thailand prioritizing full vaccination of Phuket island resort, is not without critics. This week, the Greek Minister of Tourism, Haris Theocharis, insisted that with the nation setting May 14 as the target date for tourism opening, the focus was not only on the islands but on the whole of Greece as a safe destination.