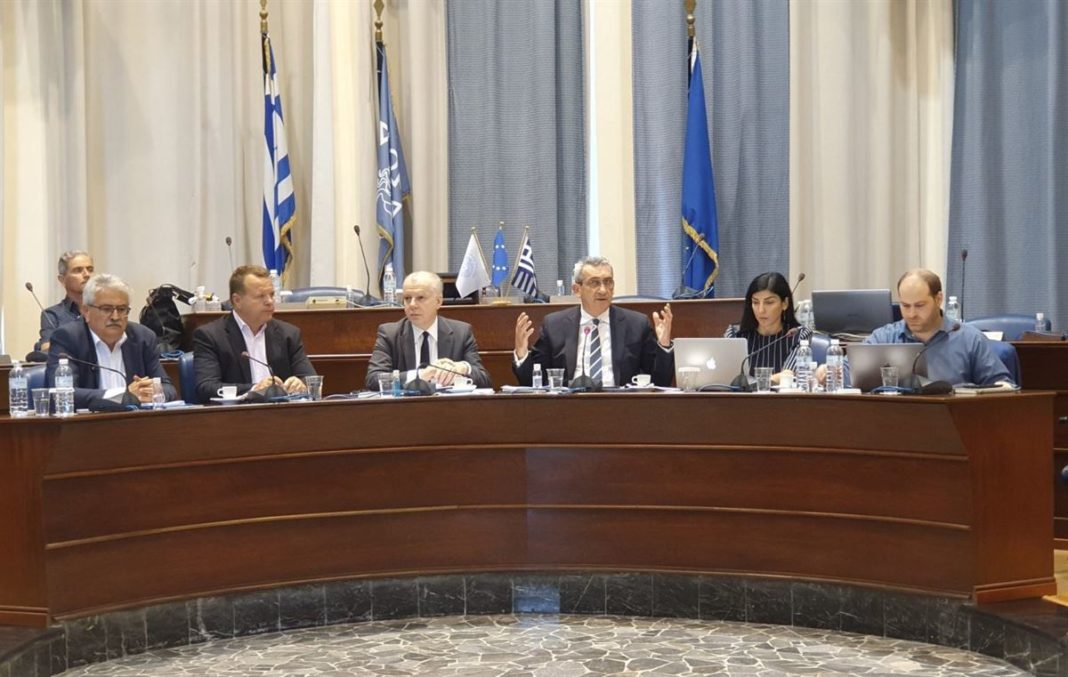 All NewsStories for YouWhat's Hot

George Hadjimarkos: ”This is a great day for the environment, we are moving forward with a new phase of responsible waste management, which puts an end to yesterday's inaction and today's justified concern”………

The Founding General Meeting of the shareholders of the Special Regional Ranking Body for the Management of Solid Waste of the South Aegean SA. (FODSA) convened today Friday, World Environment Day, the Region of Southern Aegean, George Hadjimarkos.

The General Assembly was held in the Meeting Room of the Municipal Council of Rhodes, with the President of PED and Mayor of Rhodes present, Αντώνη Καμπουράκη και το σύνολο σχεδόν των Δημάρχων του Νοτίου Νοτίου Αιγαίου, with agenda items :

Η σύσταση του νέου φορέα έγινε με βάση τον νέο περιβαλλοντικό νόμο "Modernization of environmental legislation, integration into the Greek legislation of the Directives 2018/844 and 2019/692 of the European Parliament and of the Council and other provisions ", who, provides for the establishment of two Solid Waste Management Bodies (FODSA) in the Ionian Islands and the South Aegean - with the participation of the region and municipalities- who will have the managerial and technical competence to deal with the issues arising from the existing fragmentation regime. This arrangement is an important step towards a more integrated waste management system on the islands..

The purpose of the new body is the implementation of measures and projects that promote the prioritization of waste management actions and tasks in accordance with the National Waste Management Plan and especially in the Regional Waste Management Plan (PECA) South Aegean, voted by the Regional Council in December 2016 and was instituted by the JMC of the then Ministers of Environment and Interior.

Seat of the new body is defined Municipality of Rhodes, in accordance with a Joint Ministerial Decision (JMD) of the Ministers of Environment and Energy, Kostis Hatzidakis and Interior, Panagiotis Theodorikakou.

It is distributed in the local authorities of the South Aegean 60% of shares, which were represented as follows:

Unanimously it was also voted on Statute of the new body, which was proposed by the Regional Governor, George Hadjimarkos, ενώ ομόφωνη ήταν και η εκλογή των μελών του Διοικητικού Συμβουλίου του ΦΟΔΣΑ, which consists of them:

The Region of South Aegean, George Hadjimarkos, said about today:

"It simply came to our notice then, we are making a political choice that puts an end to yesterday's inaction and today's justified concern.

We are entering a new phase of responsible waste management, coming out of the cycle of inaction that has cost the country so much: has cost fiscally, with the millions of fines imposed by the European Union. However, it has cost primarily in the environment itself with its systematic degradation.

The natural wealth of the South Aegean is our great competitive advantage.

We cannot systematically devalue it with our negligence.

The only policy that can create real wealth in our country, based on respect for the environment.

Today, we make a simple decision: to stop whining, to regret and blame each other.

Let's all work together.

The new inter-agency waste management body in the South Aegean with the partnership of the First and Second Degrees of the Local Government can make the difference. As we joined together to fight the corona and save lives, so we can come together to save the environment against climate change. We are working to recover better.

The unique environment of the South Aegean does not belong to us.

It is a loan from the next generation that we must return with care.

Today, We recommend the new graduate waste management body in the South Aegean and change course.

We are moving forward".