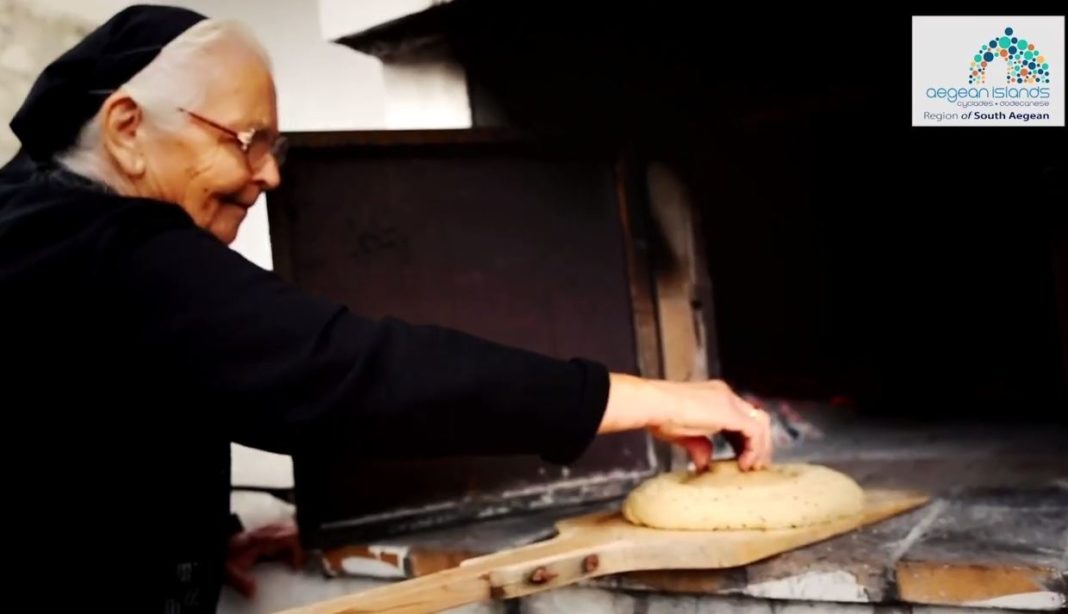 Aegean islands – Travel campaign: For the gastronomic wealth of Dodecanese and Cyclades the new advertising spot of the Region

Highlights the clear comparative advantage of the South Aegean islands that are a worthy international gastronomic tourist destination……..

The strong identity of the South Aegean as an international gastronomic tourist destination is highlighted by the new commercial for Gastronomy, in the context of the clear goal of the Region in the enrichment of the tourist product through the gastronomic dimension.

This strategy has been served during the last years with multi-level actions and most tools from the side of Region N. Aegean, which:

– Travel 782 local products in international and national exhibitions, providing for the first time in its history the opportunity to all producers, all islands to participate in all national and major European food and beverage fairs

The culmination of the efforts of the South Aegean Region, in cooperation with the social partners to showcase the gastronomic wealth, of the civilization, and the local products of its islands was the very important conquest of the title “Culinary Region of Europe” for 2019, while, in the face of young islanders, Region has won twice in four years the European Young Chef Award.

The Region of South Aegean, George Hadjimarkos, stated for the new Gastronomy commercial: "The incomparable and special for each of them 52 islands of our Region gastronomic wealth is the great advantage, which dynamically serves the overall development strategy of the Region to promote alternative forms, to enhance the reduction of seasonality and the enrichment of the tourism product..

The new advertising campaign of the South Aegean, this year, due to the special conditions imposed by the pandemic, although it focuses the potential visitor's attention on the core of the product, offered by the Greek islands, that is, in the sun and the sea, however, the South Aegean Region in no case interrupts its broader development goal. instead, the targeting remains and we keep it alive with specific actions, to create from today strong bases and to cover ground for the next tourist seasons ".

Watch the new commercial for Gastronomy

180 New confirmed cases of coronavirus cases and five new deaths were recorded in the last 24 hours in our country, bringing the total cases to 13.420 and...
Read more
Breaking News

On the occasion of the opening of schools on Monday 14 September 2020, issued today (13.09.2020) new Ministerial Decision, defining the cases, in which it is provided ...
Read more
View more