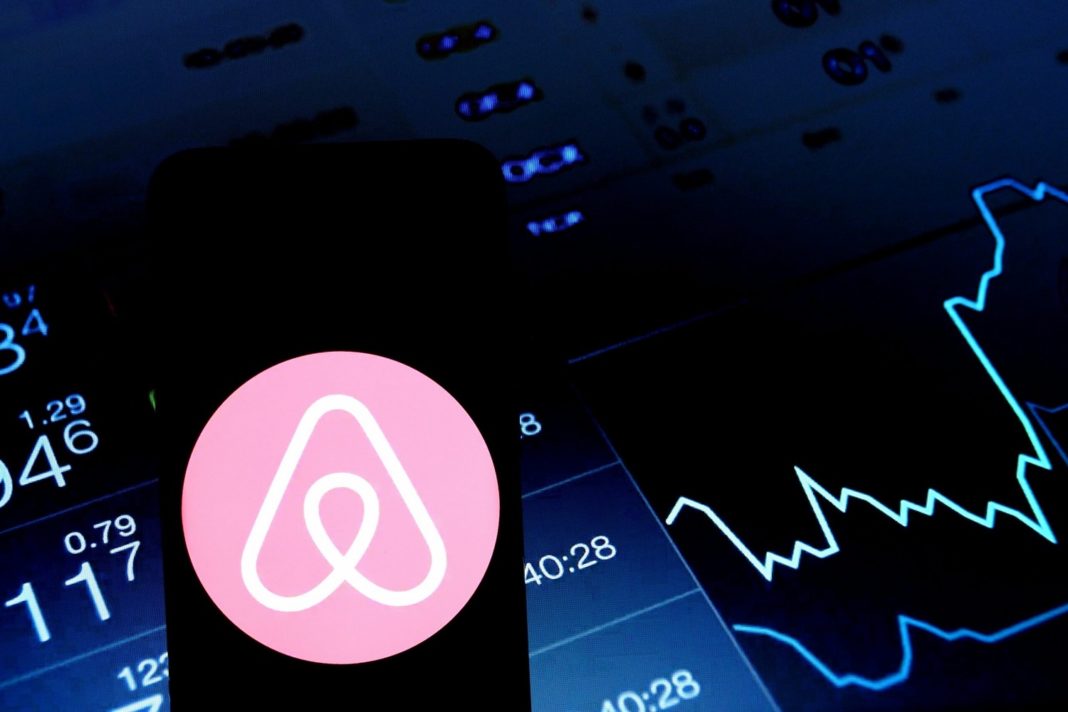 What we see, says, "It's a huge revolution" that "changes the face of travel forever. Some people expect the world to return to what it was. But change is moving forward - not backwards "……

The first month of the pandemic, or Airbnb faced losses 1 billion dollars due to canceled bookings, leading the CEO Brian Chesky to tell: "The trip, as we knew it, it is done".

Getting on a plane, he had said, it is not something that consumers will be ready to do for a long time, thus leaving travel plans more dictated by safety precautions and restrictions.

A few months have passed since his statement, but his predictions do not seem to have changed radically. Nevertheless, what once seemed like a catastrophic forecast for the coming Day of Judgment has given way to a more complex picture of how travel is evolving.

"Some things will come back and some will not", says Chesky, predicting what travel will be like after Covid-19.

"At some point they will become stronger than ever. But when they return, it will be different".

Between things that will be missing, as provided, are the following: hypertourism, business travel and, to a lesser extent, loyalty programs.

Chesky also predicts the rise of new and diversified destinations, including resilient cities.

The comments come at a critical time for Chesky and his team.

Airbnb ended its summer with an incredible comeback, returning from a fall 90% in bookings and 400 million dollars in second quarter losses, achieving growth 22% consumer spending on an annual basis in July and submitting the relevant documents for its long-awaited initial public offering.

"At 8 July, guests made reservations over 1 million overnight stays in future stays on Airbnb listings », says Chesky in Bloomberg Pursuits.

"It was the first time in four months - of the 3 Of March- that we have reached this limit ". It is noted that the number is similar to the sales of an average day in the first 90 his days 2019, during which Airbnb had reservations 91 millions of nights.

This does not mean that Airbnb has overcome all obstacles. Data provided by the company show that although travelers make almost double bookings for long-distance stays compared to last year, the house rentals in urban markets - the pre-eminent Airbnb space- continue to encounter difficulties.

On Labor Day, which in the US is the first Monday in September, high density destinations are just that 20% of website bookings, while last year it was 40%.

Other statistics released by the company in a report on autumn trends show that there is still a demand for long-term rentals., even as the summer holidays recede, and spontaneous stays planned a few days before departure increase. This is not surprising, given the unpredictability of travel restrictions around the world.

However, Chesky has a lot to say about the future of non-numbers travel. What we see, says, "It's a huge revolution" that "changes the face of travel forever. Some people expect the world to return to what it was. But change is moving forward - not backwards ".

Americans waiting to reuse their passports can be comforted by hearing Chesky say he sees no different picture of European and American holidaymakers..

While the interregional travel is allowed throughout the Schengen Area, cross-border travel still represents just that 15% of Airbnb reservations.

However, It is not only travel restrictions that play a role, but also the possibilities of domestic tourism.

Take, for example, US, France and the United Kingdom: "They are so vast, but they are also popular destinations ", explains. "Even though they lost the cross-border flow of travelers, see rapid increase in domestic travel ".

Conversely, as Chesky points out, Southeast Asian and Caribbean destinations' are based on people going there by plane. There is no huge demand from people who live in the Bahamas and who want to stay in a resort in the Bahamas. ".

Germany is another example: "They have a very strong economy, but the Germans usually leave Germany when they travel, so they are not doing as well there as in France, where there are many more destinations that locals are interested in booking. At least that's what the data shows ".

Chesky says, that the same contradictions exist at the state level, Hawaii has been hit extremely hard compared to other more accessible US States.

All of this suggests that flight-based tourist destinations should diversify their economies in the short term to cope with a prolonged "drought" in visits., while some neglected places near big cities will be successful.

But in the long run, everyone wins, argues Chesky. The dispersion of travelers to more destinations, instead of concentrating on a few. lucky resorts, says, "It's more sustainable than that,what do people think ".

"It simply came to our notice then, the vast majority of the world traveled to only a few cities- You know, the big ones, famous international capitals " says Chesky, referring to tourist hubs such as Amsterdam, New York and Venice.

The phenomenon of hypertourism, he points out, it finally seems to have reached a turning point.

These destinations are no longer accessible to international tourism.

Furthermore, are different from what people are looking for now: nature, space and ease of breathing- without the fear of crowds.

"People are now discovering small towns and small communities. Discover national parks and forests, and realize that they can go to a number of alternative areas. This trend is irreversible ".

Mask Break Guidance: What is the mask break requested by the Ministry of Education for students in schools (Mykonos)

The first clarifications for the universal use of the mask indoors and outdoors in the areas 3 and 4, with a high and very high level ...
Read more
Archaeology

Tinos: In the exhibition of the Archaeological Museum of Tinos tombstone from the excavation in Xomburgo

A marble tombstone was included in the exhibition of the Archaeological Museum of Tinos, which was found during the systematic excavation at Xomburgo, Tinos, July 2019....
Read more
Breaking News

With the new data, the map of health safety and protection against the disease Covid-19 operates as of today, after its updating. From today, Friday...
Read more
View more