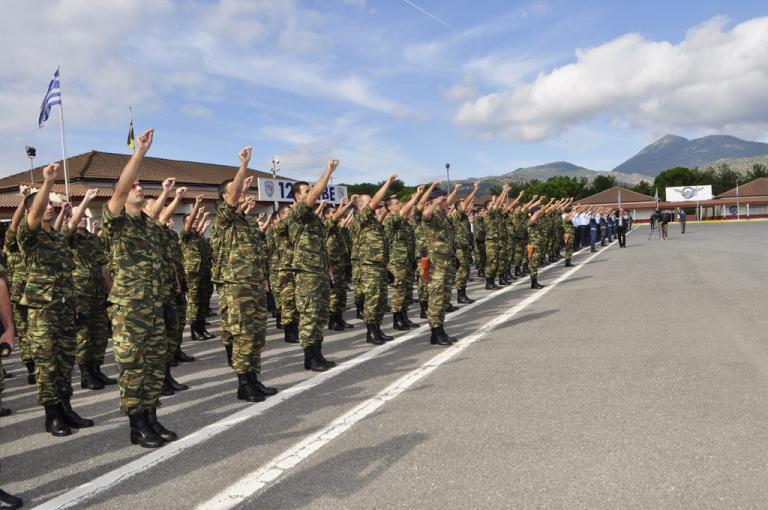 Four rather than six, was far, it is now the conscripts series will rank in the Army a year to serve their military service following a decision taken by the leadership and stakeholders informed of the latest 24 hours sending personal sms.

According to high-level source GES, which relatively asked by Newpost.gr with respect to the reasons why the Army made the reduction of ETUC annually by six was as far in four, forward three operational reasons, that led to this change.

First, training now with the new system applicable from January 2018, It has "transferred" to the border and the forward units in Eastern Macedonia, Θράκη και νησιά του Ανατολικού Αιγαίου και των Δωδεκανήσων, therefore these units, now and perform educational tasks as "Rookie Training Centers" (KEN), have "flooded" and need a "thinning" that will improve the proper functioning.

Secondly, the above units operate as "SYPO" (= Receptor sites Soldiers) and the above operation every two months is expected to improve even further if the same work is carried out not every two months, but each quarter.

third, The Army wants - always according to the same high-level source - in this way to "normalize" the learner numbers equally in all ETUC and ETUC are not earned 8.000 conscripts and other existing 13.000 and 14.000 candidates for 10.000 positions he wants the Army, resulting in the Army to 'discard' redundant conscripts, channeling them to the next or subsequent ETUC. Αυτό και για λόγους επιχειρησιακούς και για λόγους εφοδιαστικούς.