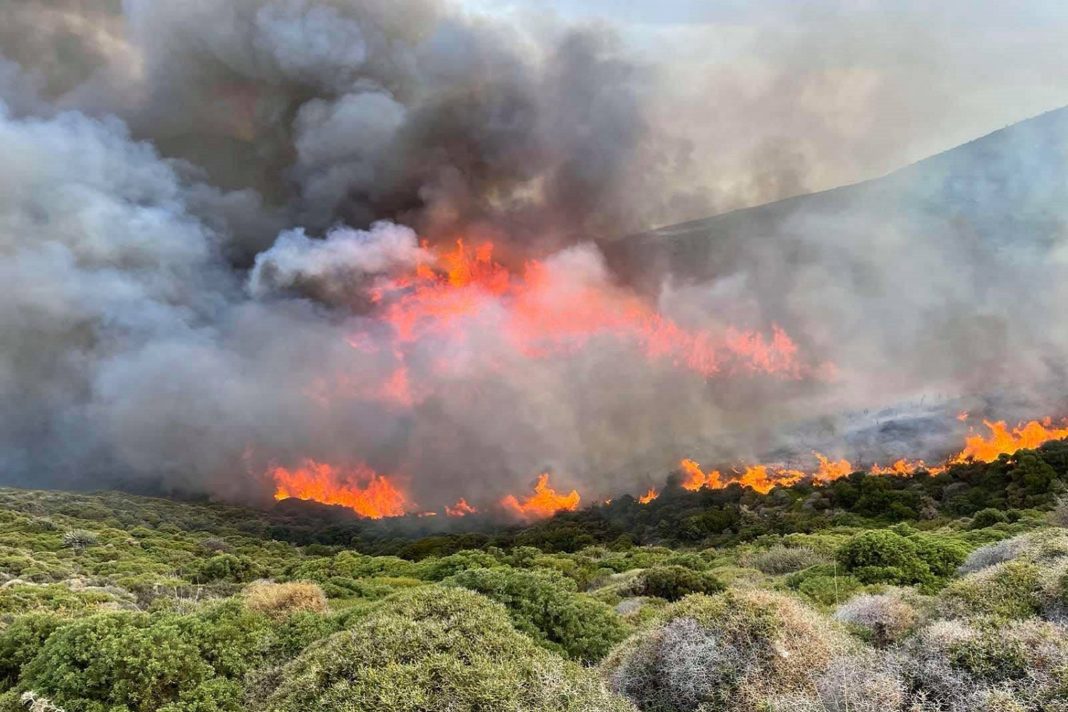 Andros: Fire in Andros!! Strong winds on the island!! The fire brigade is being strengthened [Video]

Mykonos TickerLeading news source for Mykonos and the Region
Mykonos Tciker Cyclades Andros
55 A total of firefighters are trying to put out the fire in Andros – Ladder of the Arson Crimes Directorate by order of Hardalia on the island…..

The forces of the Fire Brigade that are operating in fire in Andros while by order of the Deputy Minister of Civil Protection Nikos Hardalias, in the island goes and her ladder Arson Crimes Directorate which will investigate the causes of the great fire.

By order of the Head of the House, Stefanou Kolokouri, transferred to Andros and second air carrier pedestrian section of the 1st EMAK from Eleusis, while in 13.00 departed ship from Rafina, which was hired by the General Secretariat for Civil Protection to transfer 20 firefighters with 10 vehicles from Athens.

So, in total they will operate on fire 55 firefighters with 15 vehicles, Two groups of hikers in its sections EMAK, 3 aircraft and 2 helicopters (one of the PS and one of the Army). Volunteers with their own vehicles and water tanks are also assisting in the firefighting project.. 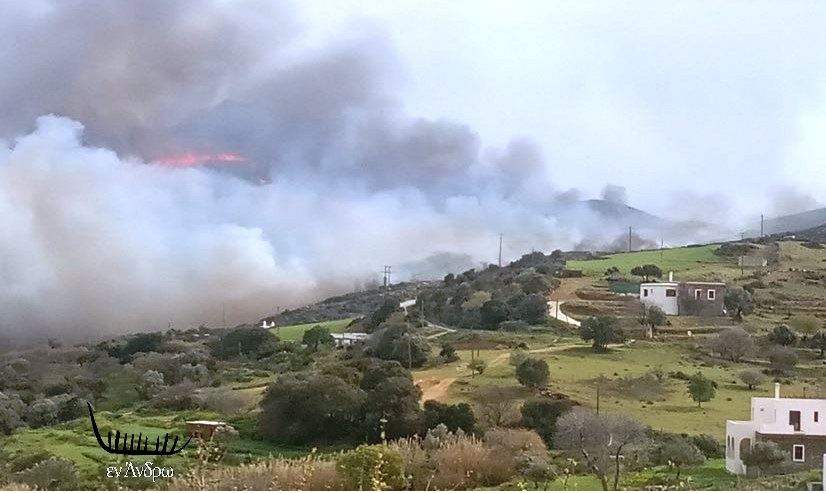 The settlements of Andros which have already been evacuated due to the large fire that has broken out on the island are two and specifically the settlement of Remata and the settlement of Ateni. The Fire Department clarifies that the settlements are not directly threatened so far, however residents stay away from their homes for precautionary reasons.

As broadcast earlier on OPEN TV by Eulambia Revi, The residents of the villages of Arni and Katakilo have received instructions that if and if necessary they should be ready to evacuate their homes., as the fire was directed there. 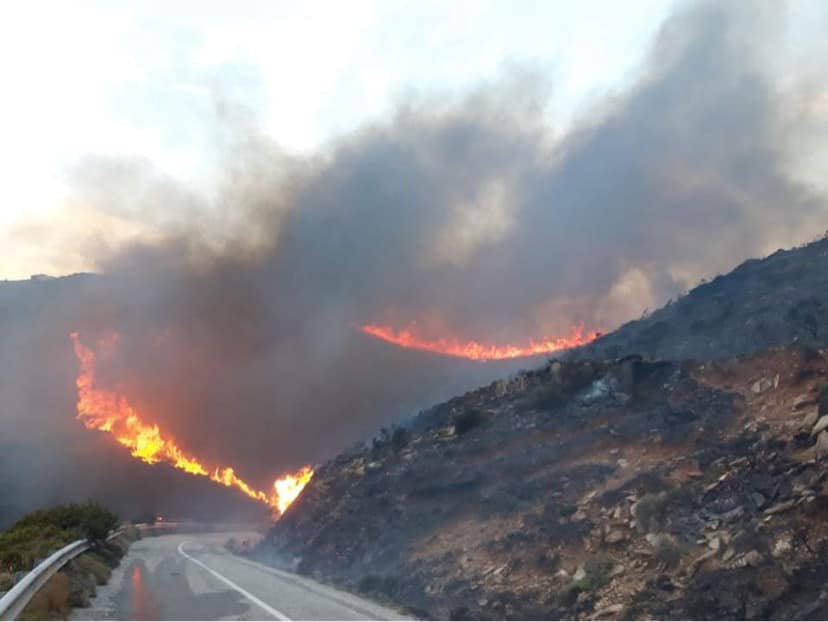 Earlier, there was information about the injury of a firefighter, as broadcast by OPEN TV, the injury was not serious and the firefighter immediately returned to work.

So far there is no information on the causes of the fire. In the evening, however, there was a second fire from a car on the island. Authorities have so far not linked the two fires but after the extinguishing is expected to be the necessary check to determine the Fire Department if it is an arson action.

Mayor of Andros: Residents are kindly requested to evacuate the areas

Earlier, the Mayor of Facebook Andros, Dimitris LOTSARI, announced via Facebook that areas have been asked to evacuate.

"FIRE IN THE AREA AREA - PREVENTIVE EVACUATION
We ask the residents of the village of Remata to evacuate their homes due to a large fire and problems with the smoke that has spread in the area.. We ask the owners of parked vehicles to remove the cars IMMEDIATELY. from the area. Fire brigade and S.E.D.A. forces are operating in the area., while air means have also been called.