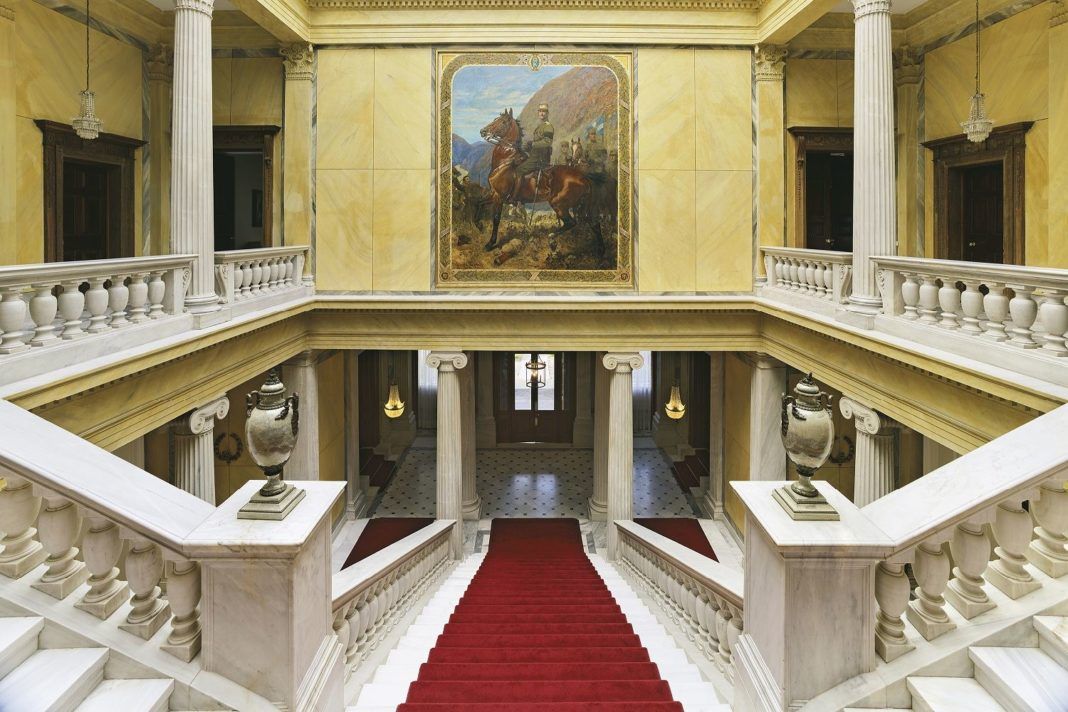 Climbs the political thermometer new President of the Republic - Who proposed, who the dominant

The senariologia for the person to be proposed by Prime Minister Kyriakos Mitsotakis for the post of President of the Republic, It is on the rise,…..

culminating in the completion of the vote on the Constitution Review, where now the government life disconnected from the election process.

The Christmas celebrations seem to be the collection days for the Prime Minister, to reach his proposal, after the Review, acquires the ability to propose the highest state office, after longer sufficient 151 votes for his election and would not require the dissolution of the Parliament.

With the mandate of Mr. Prokopis Pavlopoulos be completed in March 2020, under in.gr, the debate about the new person at the Presidential Palace has brought to the fore the former Prime Minister Antonis Samaras, ενώ υπάρχουν εισηγήσεις για ανανέωση της πενταετίας του νυν Προέδρου.

Members of the Parliamentary Group does not adversely see a second term Mr.. Pavlopoulos, as has said he Mr.. Kostas Karamanlis.

other Samara, others Pavlopoulos

Note that in 31 Of March 2015, by letter, Mr.. Kyriakos Mitsotakis had explained the reasons would not have voted Mr.. Prokopis Pavlopoulos for President of the Republic, separating itself from the party stance.

This classification, however, which has flared up is female, because Mr.. Κυριάκος Μητσοτάκης φαίνεται να θέλει γυναίκα στο ανώτατο πολιτικό αξίωμα και κοινής αποδοχής, bringing to the surface a number of names, as Maria Damanaki, Anna Diamantopoulou, and historian Maria Efthymiou and the first president of the State Council, Catherine Sakellaropoulou.

The election of the President of the Republic, however, has brought controversy between the government and SYRIZA, με τη ΝΔ να στέλνει μήνυμα πως έχει τη μόνη ρεαλιστική πρόταση, with SYRIZA claiming that "want President SOEs".

In a recent interview, ο πρόεδρος του ΣΥΡΙΖΑ Αλέξης Τσίπρας, on the issue of election of the President of the Republic, He stressed that the President is commander SOEs, to be elected by 120 votes.

Attempted trivialization of the institution by the government, he said, and he talked about effort and obsolescence of the same Prokopis Pavlopoulos from government.

With respect to the nomenclature for the TMP, the president of SYRIZA noted that:

"By disturb these" beauty contest ". Not always agree whether criterion, but honored the institution of the President of the Republic ".

In any case all scenarios 'play' as last traded scenario of convergence Prime Minister with the President of the Republic, after a "cold" period.

You would not rule out that the west suggest the current President for renewal of his term to signal a broader convergence as will the vote and SYRIZA, so we enjoyed wider acceptance.

So, Mr.. Mitsotakis would close a forehead within the party, this with Karamanlis, although there would be resentment from Samarikous if Mr. been proposed. Samaras and Mr selected. Pavlopoulos.

On the other, some play and the scenario of early elections, and even double, within the 2020. Tsipras said yesterday from Nice:

"We tell them: A proverb is the night people see the antics of the night laughing. We tell them to dare. Let's dare but if finally dare this, You know what happens; Will become the following oxymoron.

Those who had orchestrated, had planned and waited to implement the strategy will eventually brackets are those who will not implement the left parenthesis right parenthesis, but the same. This will make ", write down.

Previous article C. Hadjimarkos for the Mayor of Leros: I do not regard the political opportunism that demonstrates a superficial logic of division and rivalry
Next article New Commanders and Deputy Commanders in Hospitals of the Aegean islands [Document]