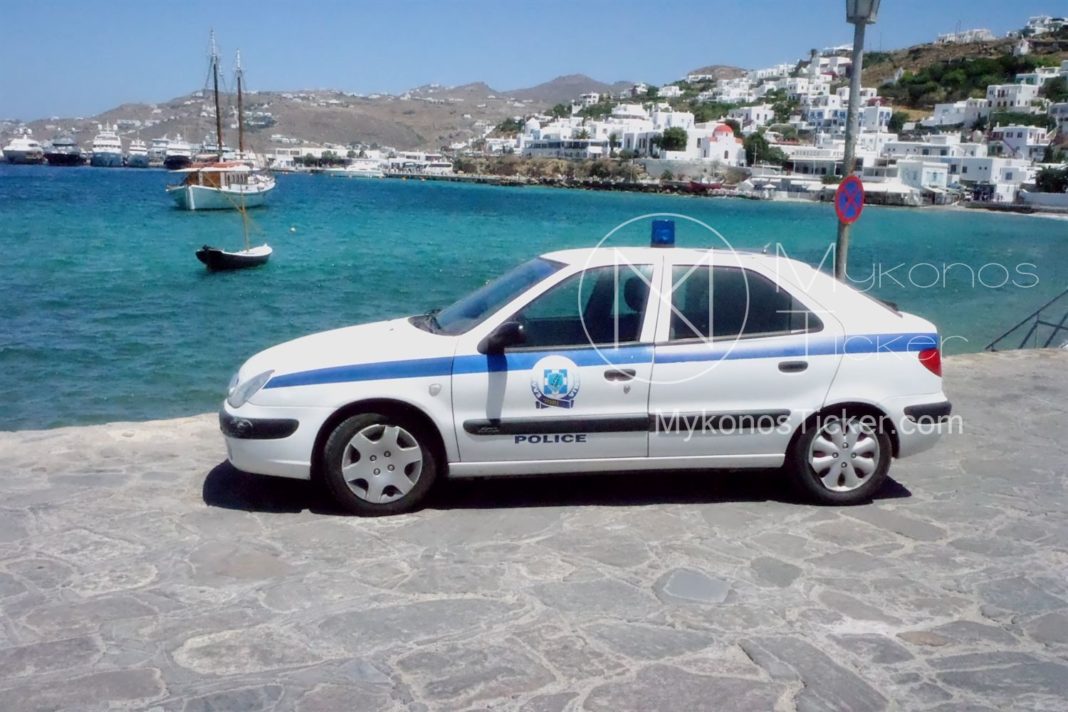 They "remove" insidious police officers from Asfalia and Katehaki, after the revelations about a corruption ring!! Mykonos is in the spotlight!!

EYP for corruption ring of EL.AS.: A corruption ring with police officers has been dismantled!! They took money from blackmail and protection!! Officers were "taken away" after the revelations!! Members of the organization appear to have arranged for a police officer to be transferred to the island of the winds, with a person described as "boss in Mykonos"………

Documentary photos show police officers swearing to receive bundles of banknotes from blackmail and protection in brothels and illegal casinos.

The EYP monitored the largest corruption ring in the police, while the case file includes 106 thousands of phone conversations.

In "Inactivations" - movements of EL.AS officers, allegedly involved in the dark case of the corruption ring within the Police, the headquarters of EL.AS proceeded.

According to secure information, the physical and political leadership of the Police "Scraped" security officers who served in critical positions but also an officer who served in a critical service at the headquarters of EL.AS. on Katehaki Avenue.

These officers moved to office positions, until the survey is completed.

The leader of EL.AS., Michalis Karamalakis, has already ordered a preliminary investigation into the involvement of police officers in a corruption ring, while he has asked the Prosecutor's Office for official information on the names of the police officers who allegedly collaborated with an organization that "protected" brothels., studio and illegal casino.

The headquarters will take the case file and conduct its own investigation, along with the criminal part investigated by Justice.

Michalis Chrysochoidis in his statements has spoken about a parastate that operated within the House.

Most of them 28 involved in the case, who have already received calls from the competent Criminal Court to give unsubstantiated deposits, είναι «επιχειρηματίες», current and retired EL.AS officers. and lawyers. Most of them are talking about a case that distorts the facts and is based almost exclusively on the interception of excerpts.. indeed, There is some information that some will take legal action against those who conducted the investigation.

Research all these years has been moving very slowly, as a result, Justice is now trying to uncover crimes committed four or five years ago. It is noted that two of the men who were monitored and brought by the EYP report to play a leading role in the circuit were killed.. Another issue that arises is that the errors that may arise from the research are in danger of being statute-barred.. The latest development in the case concerns the decision of the Anti-Corruption Prosecutor to reconsider the case file.. It is not ruled out that data will be added after this development.

Police associates of the mafia;

EYP also carried out some physical monitoring, in which he recorded, as stated in the relevant document, retired officers to trade with members of a circuit that It "protected" brothels and illegal casinos. Retired officers are shown by the EYP to have relations with current officers, who also received calls to testify. There are, indeed, photos of controlled police officers in parks and other public places, where according to the EYP they have gone to meet with members of the circuit.

The payment of the police, according to the relevant document of EYP, was based on annual planning: «Βάσει των πληροφοριών μας, Every year an informal agreement is reached between the jurors serving in the Security Forces and the…, where a lump sum of money is agreed upon for those stores with illegal activity participating in the coverage program, regardless of their number. This is a fixed agreed amount, όπου το πλεονάζον ποσό συγκέντρωσης χρημάτων που προκύπτει το κρατάει ο… ως προμήθεια».

The "coverage program" had a specific price list. The money for each brothel was 1.000 per month, for each studio 1.500 euros and for each companion agency website 2.000 euro. Part of that money ended up, σύμφωνα με την ΕΥΠ, to acting and retired officers. Πράκτορες της ΕΥΠ έθεσαν υπό παρακολούθηση κάποιους εξ αυτών και τους φωτογράφισαν. In some cases, police removed money from the envelope and counted it before leaving the meeting point., as at least mentioned in the relevant document. Στην ίδια έκθεση της ΕΥΠ αναφέρεται ότι «από τις απομαγνητοφωνημένες συνομιλίες προέκυψε ότι ο… πραγματοποιεί γλέντια με ποινικούς στις φυλακές Κορυδαλλού, while sometimes inviting women to come. Maintains contacts with incarcerated criminals, from whom he plans to seek help when they are released. He visits the prisons very comfortably and is allowed any kind of entertainment. ".

The turnover of the circuit and money laundering at Mykonos

The agents of the secret services that undertook the investigation also quote the way in which the money of the circuit was laundered.: «They seek to rinse 150.000-200.000 per day, through electronic bookings and electronic payments in summer shops at Mykonos. That money, will be entered into accounts in Liechtenstein and Luxembourg, which will later be transferred to Greece. To achieve this illegal activity, it is necessary to create a website, η οποία θα παραπέμπει την πληρωμή σε καναδική εταιρία μεταφοράς χρημάτων με σαφείς οδηγίες να μη γίνει χρήση της διαδικτυακής εταιρίας συναλλαγών PayPal. Η χρέωση των καρτών θα γίνεται με τα μηχανήματα POS, τα οποία στο εξωτερικό θα είναι off-line».

Mykonos in the spotlight!!

Mykonos seems to have been in the spotlight. In one of the conversations of the members of the organization, it seems that they arranged for a police officer to be transferred to the island of the winds. It's about person described as "boss in Mykonos", which will mediate to "have what it wants" member of the circuit. Η ΕΥΠ κάνει λόγο και για άλλες τοποθετήσεις αξιωματικών σε θέσεις-«κλειδιά» σε υπηρεσίες της Αθήνας.

Η πληροφόρηση ήταν σημαντική για να λειτουργεί… εύρυθμα το «πρόγραμμα κάλυψης». It is characteristic that in one case the individuals, που παρακολουθούνταν από την ΕΥΠ για παράνομο καζίνο, they even knew the brand and color of the Security vehicle that would go for inspection. So, they called a truck and emptied the casino before the police arrived. Only the "car driver" was left behind. The chatterboxer in the relevant conversation stated that: "She called me and told me, look what you told me these days.

Another striking fact is that the organization "punished" those who were not consistent in payments. Typical is the conversation of a member of the circuit who informs a pink studio owner that arrests will be made due to its "inconsistency". Police in riot gear stormed a rally on Friday, removing hundreds of protesters by truck, with the owner sending a message to the member of the organization and writing to him: "Good Evening. What are you doing now, they take the store. Well what is happening; I didn't give the money to cover for my brother's serious health… ".

The EYP monitored the largest corruption ring in the police, while the case file includes 106 thousands of phone conversations

The secret meeting of the central treasurer of the extortionist gang with the sworn police officers, were done steadily, every month, first and fifteen, in the park of Filothei. Every first and fifteen, but he was there, invisible and the agents of the EYP who had become their shadow.

"It's worse to see a policeman swear an oath, to be at the morning meeting and to ask us not to be corrupt and for himself to be immersed in corruption "said the general of EL.AS.

The central treasury distributed the money to law enforcement officers

All of Athens of gambling and market love, was at the feet of the ruthless gang of blackmailers.

It all ended in one businessman who played the role of central treasurer!!

He did the final one sharing them 16 sworn police officers, from local departments, the Central Security, organized crime.

The root of the circuit was so deep in the police, which for the first time in history, no internal self-purification was attempted, as is always the case with Internal Affairs.

All monitoring, essentially the investigation of the case, ανατέθηκε απευθείας και κάτω από άκρα μυστικότητα, to the National Intelligence Service.

Municipality of Syros – Ermoupolis: The contract for the energy upgrade of the Lyceums of Syros was signed

Tourism season in Aegean Islands: With 243.530 passengers via international flights at the airports of the South Aegean, July closed