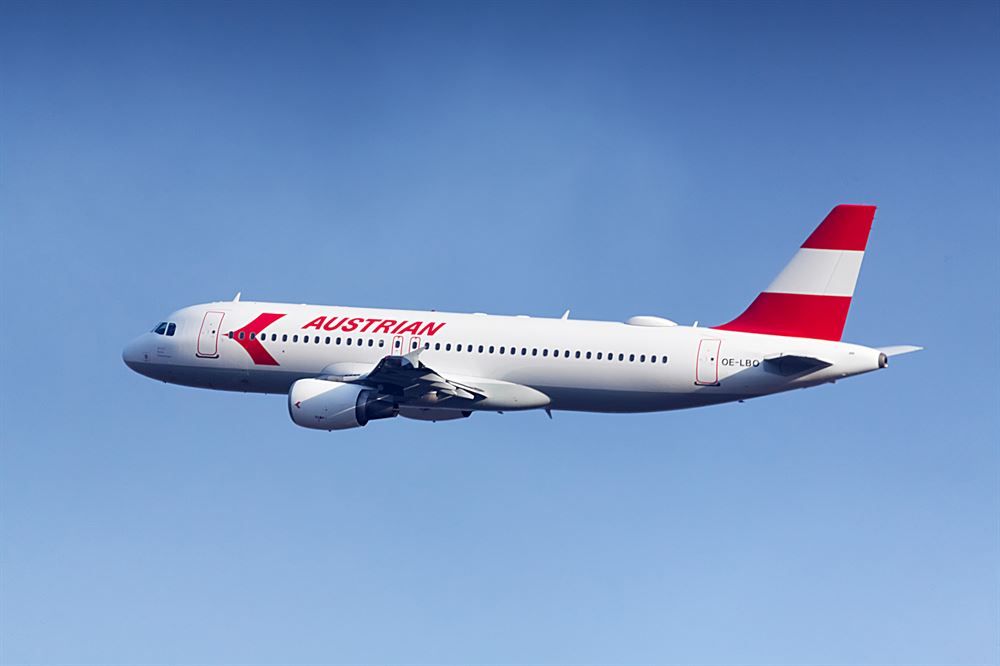 Austrian Airlines: 70 new flights to destinations in Greece a week adds to the summer schedule 2020

Up to seventy flights a week – against 12 Most of this year – to 19 destinations in Greece, They will make this summer the Austrian Airlines, the national airline of Austria, as reported in today's announcement…….

After a nearly five-year break, launched by next May again direct flights from Vienna to Kavala to Samos, to be added to far destinations in Greece, in which Austrian Airlines connect during the summer months the major Austrian cities.

Weekly flights to Rhodes increase from three to eight now, as well increased from four to seven flights to Heraklion,. Against an additional, increase in five, flights to Corfu and those in three to Kos, while remaining unchanged in the summer program of Austrian Airlines flights to “classics”, as indicated, destinations Zakynthos, Karpathos, Mykonos and Skiathos.

The Summer Company program provides 40 additional flights per week from Vienna to various destinations and put in effect from 29 Of March 2020, while Austrian Airlines will connect Vienna with two new destinations in Greece, from the 20 May every Friday with Kavala and the 26 May there will be every Tuesday flight from the Austrian capital to Samos, the flights take place until late September.

The fact, that Austrian Airlines will connect in the summer months the major Austrian cities 19 Greek destinations, It was particularly emphasized and during large event in Vienna dedicated to Greece.

The event, with the participation of representatives of major tour operators, tourist agencies and journalists of Austria, It was jointly organized by the “my Austrian Holiday – Austrian Airlines” and the Austrian Service of the Greek Tourism Organization, aiming to highlight and excellent cooperation that has been achieved by the national carrier of Austria.

Greece as a tourist destination holds one of the first places, or repeatedly first place, preferences of Austrian tourists for their summer holidays, and in 2018 They arrived in Greece 520.814 Austrians, which seems particularly liked, because, according to statistics, They remained on average 8,7 days, against 1,2 days more than the average foreign tourist.

in addition to, Austrians spent in Greece on average 698 EUR per person, amount is against 34% largest than all the other tourists, who spend average 520 euro.

As highlighted in a recent report in the Austrian newspaper Wiener Zeitung, “regardless of whether they are the archaeological sites, good food or security, Austrians have a long time to discover Greece as a destination for their holidays”.

Title of publication was extensive: “Flourishing tourism in Greece”, while the subtitle notes that “Greek tourist industry succeeds one after another record after the first three quarters of 2019 They are sure it will be the best year ever”.

“This continuous increase in tourism in Greece for the seventh consecutive year and this with great potential, as the 2012 They were found in Greece, which has a population 10,7 million people, 15,52 million. Tourists from abroad – without those of cruises – while the 2018 their number reached 30,1 million.”, mentioned characteristics.

in addition to, Austrian newspaper highlighted the fact that tourism, where, as observed, traditionally a growth pillar of the Greek economy, is gaining increasing importance for the national economy, since it already accounts 30,9% of Greek GDP and 25,9% the total staff employed 2018, with appropriate details 2012 lie respectively, only in 16,4% GDP and 18,3% employment.

453 New confirmed cases of coronavirus cases, and 6 New deaths have been recorded in the last 24 hours in our country, bringing the total cases to 15.595 and...
Read more

Coronavirus and remote work:What employers should do - What the provision provides

The mandatory implementation of a remote work supply system to employees of companies-employers of the private sector in which cases their work can be provided with ...
Read more

When is the student promoted to the next grade?!! When is he referred for September?!! Οδηγίες Διαχείρισής της για τα Μαθηματικά του Γυμνασίου για το Σχολικό Έτος...
Read more

Aegean Islands: PNAI is also a pioneer in the flood protection of the islands, with 3-year contracts for stream cleaning

2,5 from € will be available in the first phase for Naxos, Andros and Tinos, while all its islands will follow ...
Read more

Coronavirus and remote work:What employers should do - What the provision provides

453 New confirmed cases of coronavirus cases, and 6 New deaths have been recorded in the last 24 hours in our country, bringing the total cases to 15.595 and...
Read more
Education

When is the student promoted to the next grade?!! When is he referred for September?!! Οδηγίες Διαχείρισής της για τα Μαθηματικά του Γυμνασίου για το Σχολικό Έτος...
Read more
Municipal Politics

Reopening nurseries: extension to 25 September for applications for kindergartens

The extension until 25 September, to apply for the family support program for families with preschool children, for the period 2020-21,...... decided...
Read more
View more