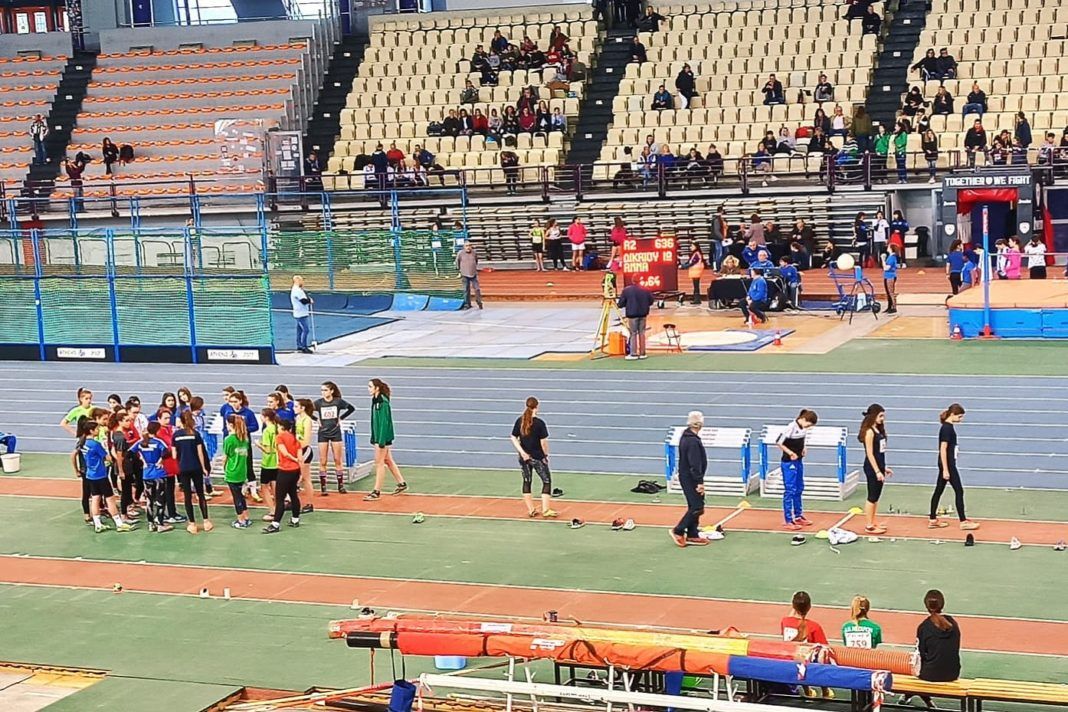 With nine athletes fought the AO. Mykonos in Indoor Athletics meeting at the SEF 16 February. The games were for athletes test character to see their racing situation in this period and draw their own conclusions as coaches……

Matthew Matziar comfortably won the 3000m with a new personal best 8.56.58 and now aims at a good position in the nationwide championship Hardtail.

Helen Michalopoulou He continued his good performances in the races of the closed and scored a personal best in 60m (8.47) while in 200 confirmed the stability of (28.30).

Vladimir Naoumenko struggling this year in the new category, that of K20 (adolescents) and scored a stunning performance 15.08 setting targets for even higher shots in 2020, which might be able to ensure and National once again Group.

In the category K18 (Children – girls) They fought: The Politimi Bletsa and Panos Stavrakopoulou.

The Politimi He took part in 400 (1.10.79) satisfactory performance given the 3-year absence of talented gymnast. The 2020 is the year that the athlete AO. Mykonos sets the stage for finding the level and wishes you next year.

Panos He took part in the 200m and 26.50 shows that the evolution of upward. The objective remains the participation in the nationwide summer league in 200 and 400 which wants performance below 24.00 and below 53.00 respectively.

In category U16 (A Pagkorasidon):

Calliope shone He was fourth in the overall ranking 20.01 150m, very encouraging performance for the current period.

Vayia Kyriazidi write down 8.63 at 60m, and came first in the series of.

two athletes compound They took the opportunity of racing to make their own tests.

Sofia Assimomiti He fought in the 60m hurdles and scored 12.03, but indicated that if correct some technical mistakes will be made close to the performance 10.00 the event. In the realm threw 8.16 , which is a new personal best (precedent 7.71).

The targets for both athletes remain high, namely their participation in the relevant national championships

In the standard information on the disease course in Greece, the Infectious Diseases made special reference to new experimental drug, that brings hope in the fight ...
Read more

"Non-inclusive, fainthearted and cowardly "indicates the refusal of the German Government to the request for issuance of eurobonds to overcome the economic consequences of the pandemic ...
Read more
Coast Guard & Domestic Shipping

The GOLDEN STAR FERRIES your announces that due COVID-19 after the relevant decisions of the Greek government pandemic to limit trips ...
Read more
View more