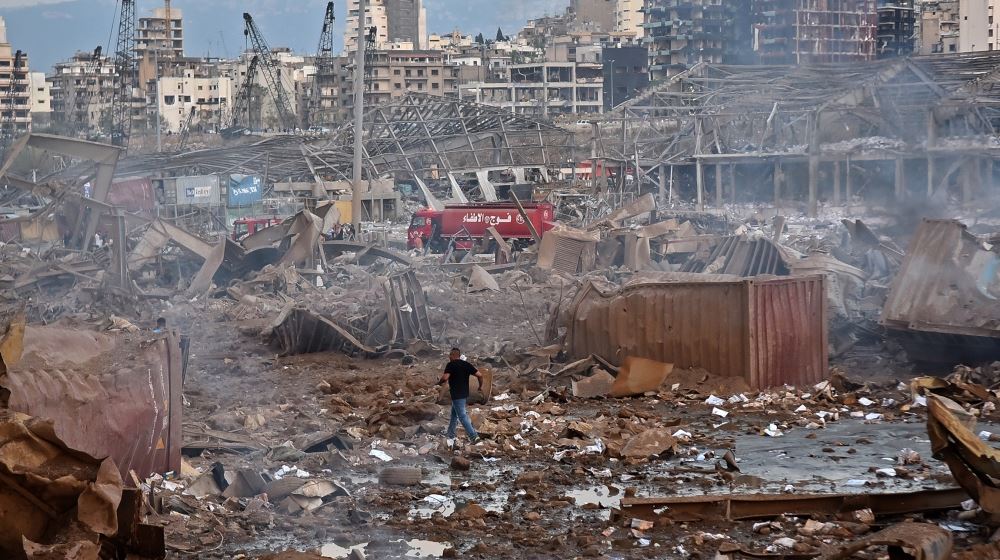 A big explosion in the Lebanese capital, Beirut, killed at least 50 people and injured more than 2.700, says the Minister of Health. of Lebanon.

to 50 the dead rise to 2.750 the injured from the explosions in the port of Beirut, according to a new report released tonight by Lebanese Health Minister Hamad Hassan……….

“It is a disaster in every sense of the word”, said Hamad Hassan as he went to visit the injured at a city hospital. “The hospitals of the capital are all full of wounded”, added, asking for the rest to be transferred to suburban clinics.

According to Lebanon's national NNA agency, the first explosion occurred in a fireworks warehouse, near which was another where gas cylinders were kept.

Lebanese Prime Minister Hassan Diab vowed tonight that those responsible for the explosion at the "dangerous" warehouse in the port of Beirut will be held accountable.

"I promise you that this catastrophe will not pass without being held accountable. Those responsible will pay the price ", he said in a televised address.

"The data around this dangerous warehouse, which was there from 2014, will become known and I will not prejudge the investigations ", added.

Hassan Diab calls on "friendly countries" to help Lebanon. "I urge all the friends and sister countries who love Lebanon to stand by it and help us heal our deep wounds.", he said.

Beirut Gov. Marwan Aboud called it a "national catastrophe" similar to the Hiroshima and Nagasaki bombings, the explosion that took place today in the port of the capital and resulted in affecting almost half of the city.

Aboud said communication with a group of firefighters who had rushed to the scene of the disaster had been lost.. "A team 10 people got to the point. What happened is similar to what happened in Hiroshima and Nagasaki. They got there and disappeared. It is a national disaster for Lebanon. We do not know how to deal with this. ", added.

more than 30 Rescue teams help the injured, broadcast by the NNA agency, citing sources of the Red Cross.

The powerful explosion occurred on 17.11, local time (and Greek time). It was preceded by a lower power and five minutes later black and white smoke appeared. After the explosion, a column of red smoke rose in the sky.

"It simply came to our notice then, the huge ignition followed and the windows broke. It was a more powerful explosion than the one that killed him (former Prime Minister) Rafik Hariri in 2005 », said a Lebanese resident in the city center.

The Council of State rejected as unfounded the application of the Panhellenic Association of Shops and Consumers of Catering and Entertainment, with which he asked to be canceled ...........
Read more
Previous article Beirut explosion – Beirut: Explosions in sparklers warehouses – At least 10 dead
Next article Explosion in Beirut - Βηρυτός: At least 100 dead and 4.000 injured after "ammonium nitrate explosion"
Share
Facebook
Twitter
Pinterest
WhatsApp
Linkedin
ReddIt
Viber
VK
Tumblr
Telegram
Mix
Digg
LINE
Email
Print