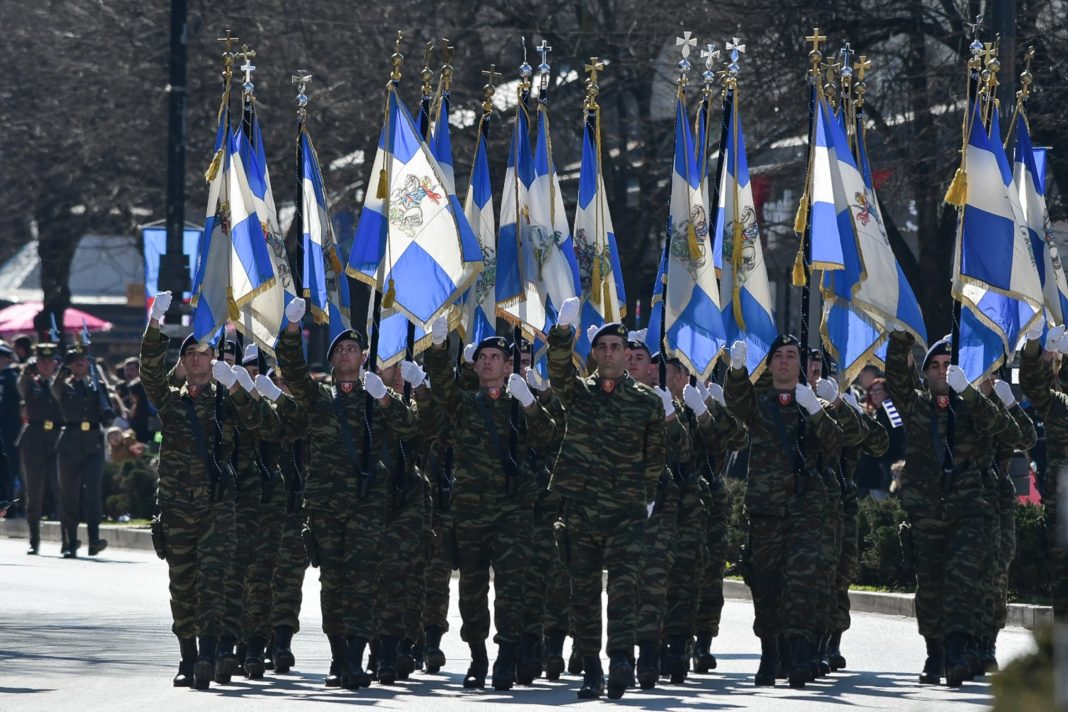 Today's "Pacemaker" refers to the theme of the March 25 parade and the scenarios that exist. The Ministry of National Defense is concerned about the holding of the military parade on March 25 in Athens, seeking a solution "compatible" with the particular conditions of restriction due to the coronavirus…..

Although the presence of the guests is conditional on the pandemic, the parade for the anniversary of March 25, will take place at Tatoi, with the participation in fact French Rafale aircraft and American F-15.

"Today I will go two months ahead of you and specifically I will take you mentally to Thursday, 25March 2021 to describe to you how the national anniversary will be celebrated in the midst of a pandemic. The initial suggestion was not to hold a military parade, or let the experts decide whether the military parade will take place depending on the epidemiological burden of those days.

GEETHA, however, had a different idea. He tells you why not carry the parade; Instead of being in front of the Monument of the Unknown Soldier, we do not do it on the runway of the military airport in Tatoi;

The corridor is endless and we can, it was said, to transfer platforms there, flags, tanks, cannons and other parade forces. Good idea, it was said, let's apply it "says the" Pacemaker ".

So for the first time, continues, the military parade of March 25 is transferred to Tatoi, without people watching it but with live TV coverage, to fully comply with sanitary measures.

The parade will take place, as decided, before the President of the Republic and in the presence of the Prime Minister. But here I want to remind you of something:

It has been announced, without yet refuting or changing the program, that on the anniversary of 200 years since the beginning of the revolution, have been invited so o President Macron, as well as President Putin as well as o heir to the British throne Charles.

So far as I learn there has been no cancellation. Of course, the arrivals of these leaders, will also depend on the situation that will prevail in a month with covid.

The parade will take place

As he sees the thing, the parade, or let these three leaders come, or not it will be done. And it will be, as the Pentagon assures me brilliant. And you know why; Because in the parade they will pass honorably over Athens (and above the parade site) and 4 L’Armee de l’Air Rafale as well as American F-15s.

To note, end, that in the parade their honorary will be the Air Force, since all types of fighter jets and military helicopters will parade.

Lockdown end? The goal is to open Gymnasiums and Lyceums by the end of March, April the Outdoor Catering & May Tourism gradually!!

Property real estate: In management companies and with market rules, sales and lease back, the red loans real estate!!

Reopening of Restaurants: At Easter the opening of catering outdoors!!

Sexual Harassment: How to deal with sexual abuse behaviors – harassment!!

Lifting lockdown: At 12 or 19 The restaurant will open in April – "Locking" the extension of the lockdown until 22 Of March