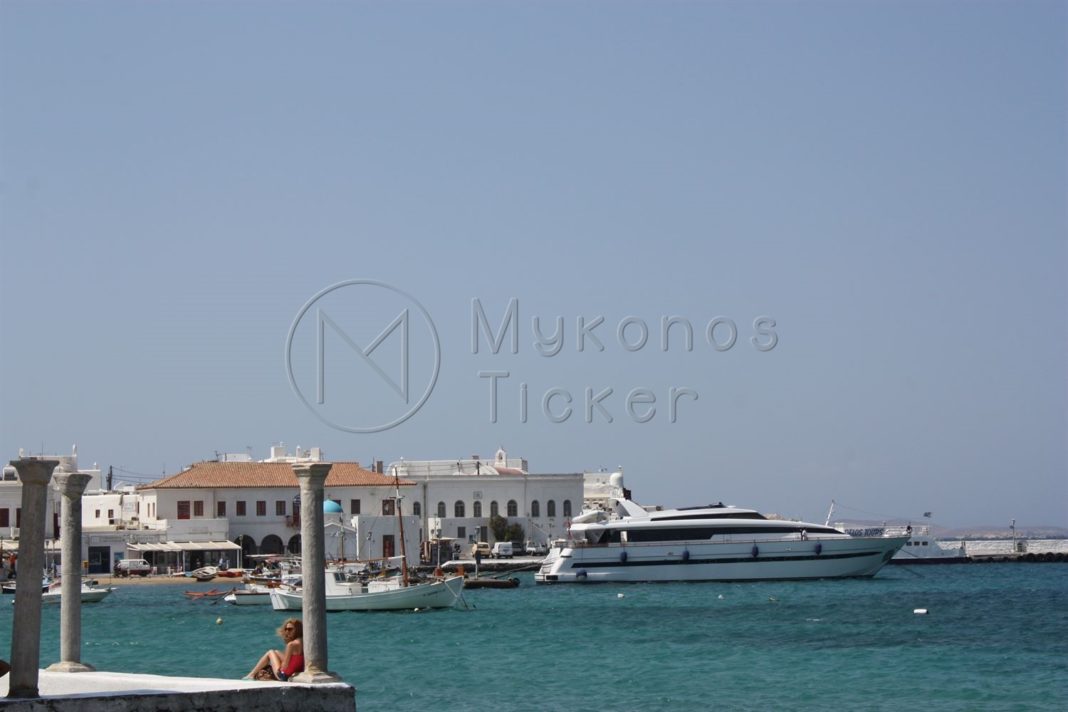 The Ministry of Environment found a number of irregularities after an audit of the pre-approvals of building permits issued for Mykonos, shortly before the imposition of the building suspension…………. As follows, in three quarters of the cases the files accepted by the town planning show serious deficiencies and most of them should not have been approved.

The Ministry will request the revocation of these permits, while sending the case to the prosecutor.

The permits were issued by the town planning of Syros, to which Mykonos "re-belonged" a few years ago, after its inability to maintain its own urban planning "open" (and allegations against officials).

These are tourist accommodation permits in non-planned areas, which are affected by the building suspension imposed on 10 August in view of the elaboration of new urban plans for Mykonos and Santorini.

Utilizing an information, the ministry asked the town planning to send all the files submitted from the moment the suspension was announced (early August) until its imposition.

A search of the files revealed that many were accompanied by incomplete topography, from which it was not clear whether he possessed the required perfection, if there was compatibility with the uses defined by the residential control zone of the island and if they had the required "person" on an approved road.

According to ministry sources, the files will be checked in depth and then the licenses that should not have been issued will be revoked.

In addition it will be requested in as many cases as necessary, on-site inspection by building inspectors and the case will be sent to the prosecutor.

Currently, in any case, the ministry has asked for explanations from the town planning of Syros until the end of next week.

According to local media, in Mykonos were published in the last days, before suspension, 27 pre-approvals of building permits for hotel accommodation and even 18 in Santorini.

During the examination of the respective files for Santorini, no problems of the same extent were found.

It is recalled that the Ministry of Environment has imposed a horizontal suspension for hotel units in areas outside the plan in view of the preparation of a special urban plan on the two islands.

The whole of Mykonos is covered by its Housing Control Zone 2005, which however has been circumvented by a number of "tricks" that come to light every year.

Santorini is governed by urban planning by a Presidential Decree that was revised in 2012 and which also failed to contain the rapid urbanization and tourism of the island in the last decade.

The Ministry of Environment has warned that it will proceed with general urban planning controls on the two islands, something that has not been launched so far.

Strict restrictive measures are implemented by 06:00 on Saturday morning and for a period of three weeks, with a generalized traffic ban from ...
Read more
Previous article Education Policy – nationwide: The "Joint Degrees" and the "A la Carte" Degrees are coming!! What is changing in the Universities!!
Next article Archbishop Ieronymos: The Archbishop raises the issue of the use of ecclesiastical property and the independence of the church [Video]
Share
Facebook
Twitter
Pinterest
WhatsApp
Linkedin
ReddIt
Viber
VK
Tumblr
Telegram
Mix
Digg
LINE
Email
Print