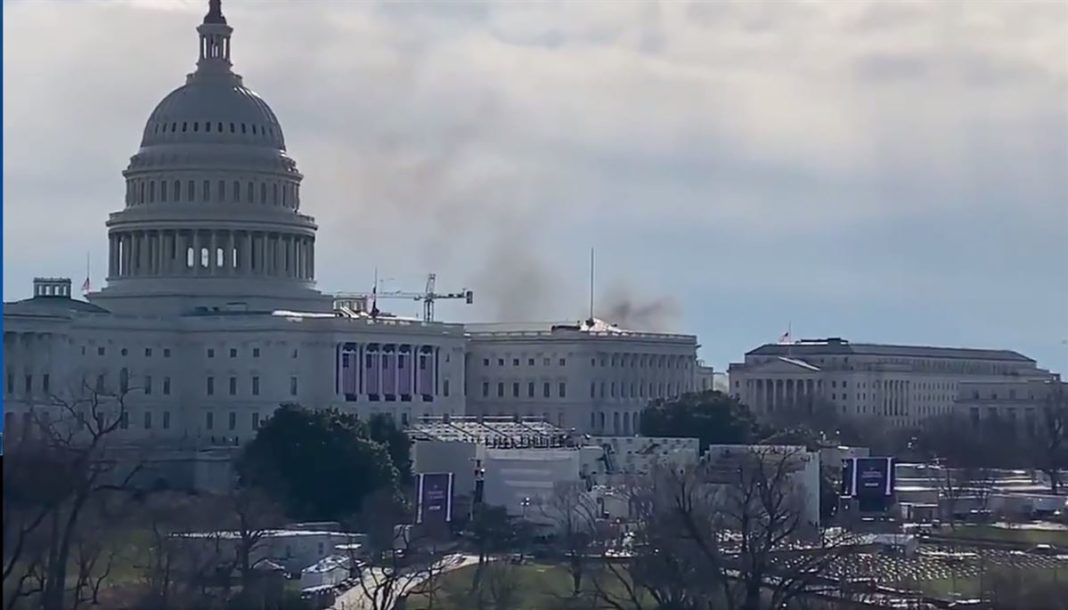 Authorities urged those inside the building to avoid windows and try to cover themselves in any way they could.………
Alarm has been sounded in the US after smoke appears to be coming out of the Capitol.

Eyewitnesses tell Reuters there is a "threat to external security". Videos show smoke over the Capitol, with information spreading that a fire broke out in an adjacent building.

On the other, as reported by Bloomberg, citing the AP, officials say the evacuation at the swearing-in rehearsal was due to a fire several blocks away and is not considered a threat..

Smoke is rising from behind the Capitol building.

The inauguration rehearsal has been evacuated and the Capitol Complex is on lockdown due to an “external security threat.”pic.twitter.com/fYUnO3mNet

According to NBC, Authorities called on Capitol workers to avoid windows and try to cover themselves in any way they can.

"To all the buildings of the Capitol complex: External threat to security, entry or exit is not allowed, stay away from outside windows and doors. If you are out, ask for secure coverage », mentioned the message that went to all those who work and move in these places.