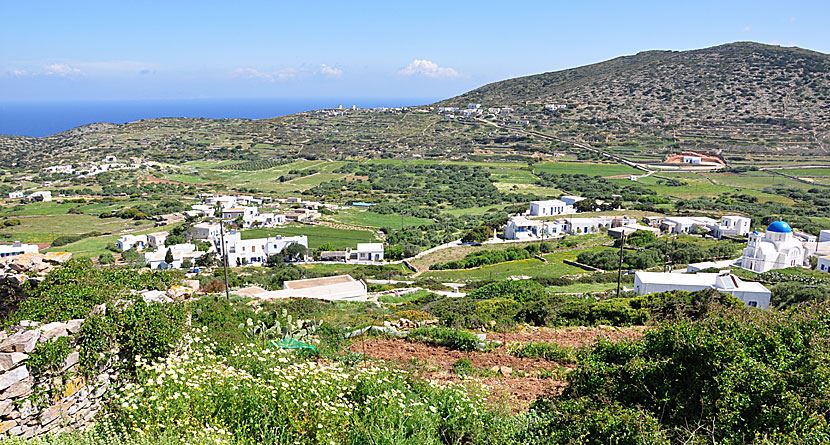 funded with 950.000,00 € water system Arkesini Amorgos – Signed the preliminary approval of the contract

The project budget is 950.000,00 € and is financed by European funds of the Operational Program of South Aegean Region……
In the implementation process passes the project of construction of Arkesini Amorgos water supply network, after authorization from contract signature by the contractor, in which the Managing Authority has (ESA) the South Aegean Region.

Specifically, after completion of the tender procedure, ESA approved the draft contract and the award procedure for the project "Construction Arkesini Amorgos water supply network", overall budget 950.000,00 €, which, by decision of the Regional Director Southern Aegean, George Hadjimarcou, It approved and funded by the Operational Program "South Sea" under the NSRF 2014 – 2020.

The project has been included in Priority Axis "Strengthening regional cohesion" of the Operational Program "South Aegean 2014 - 2020 "and funded by the European Regional Development Fund (ERDF), under the NSRF 2014 – 2020.

A clear and decisive message that Greece will not accept any blackmail and will defend its sovereignty and sovereign rights, sends the ...
Read more
Previous article Invitation to participate in the learning sections of the Center for Lifelong Learning (K.D.V.M.) Municipality Syros – Syros
Next article Austrian Airlines: 70 new flights to destinations in Greece a week adds to the summer schedule 2020
Share
Facebook
Twitter
Pinterest
WhatsApp
Linkedin
ReddIt
Viber
VK
Tumblr
Telegram
Mix
Digg
LINE
Email
Print

Wanting to make us mere spectators of the destruction of our businesses, surprising professionals and workers in sectors that feed the Greek economy, with one...
Read more
Coronavirus - coronavirus

Coronavirus Disease: E-cigarette vapor is associated with an increased risk of Covid-19 in adolescents and young adults

E-cigarette use is associated with an increased risk of Covid-19 infection in adolescents and young adults, according to a new US scientific research. OR...
Read more
Breaking News

Crisis in the Aegean: "Oruc Reis" is now moving to the southeast