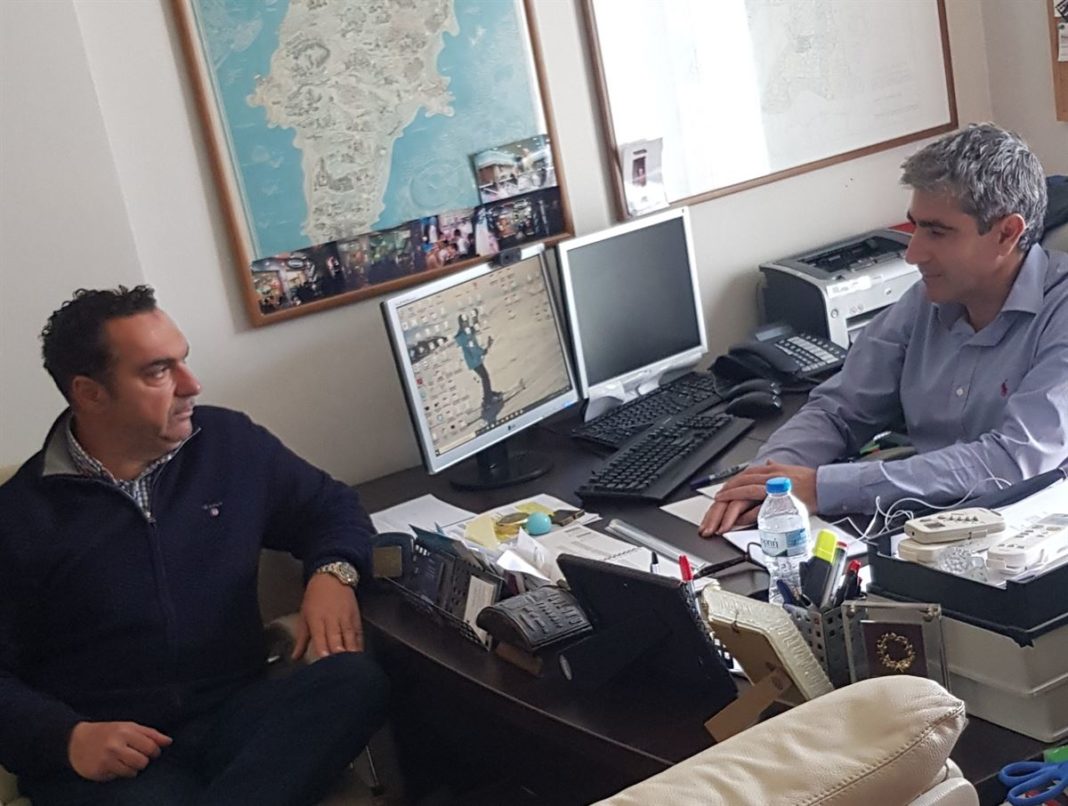 In the hope that after a major crisis like the pandemic of coronavirus that has struck mercilessly business and commercial world of the South Aegean islands and the world economy, followed by a recovery period, all expecting market support measures, business and society…….

The Deputy Head Mr.. John February met with the President of the Commercial Association Mr. Rhodes. Nick Boni to the consultation and the proposals of the bodies on the situation created by restrictions on Covid-19 and conveyed the support of the Regional Authority in the sorely tried by the measures necessary commercial world.

The main issue raised at the meeting is that of claim for restoration of reduced VAT rates in the islands of the South Aegean Region. The abolition of the previous Government overall hurt local businesses, tourism and residents of our islands without offering anything substantial to the national economy, which ultimately harms the long term due to reduced competitiveness.

This problem is so common position of the Regional Authority and the Commercial Association originally set They reacted loudly and even the Region Mr.. George Hadjimarkos the publicly and repeatedly raised even before the former Prime. The current Government, said Mr.. Bonis, It has the opportunity as soon as circumstances permit and overcome the crisis and prohibitive measures to find a way to restore the legitimate desire of our islands and must not miss this opportunity. We should not forget, said Mr.. Bonis, that the economic miracle of Rhodes and the other islands and the boost in tourism began and the impact that had reduced rates of VAT.

The President of the Commercial Association conveyed to Mr.. February the constant demand of the commercial world in combating illegal trade since the exercise of commercial activities is painful and extremely costly for traders and businessmen should not accept unfair competition from parasitic activities.

We would like to inform you that tomorrow Wednesday 8 July, the crew of DEYA. Mykonos, will repair the fault in the water supply network in ...
Read more
Previous article Coronavirus Pandemic: World Health Day 2020 with message amid the pandemic “We support nurses and midwives”
Next article Coronavirus Pandemic: Two new deaths in Greece- In 81 the record
Share
Facebook
Twitter
Pinterest
WhatsApp
Linkedin
ReddIt
Viber
VK
Tumblr
Telegram
Mix
Digg
LINE
Email
Print

Eleni Glykatzi - Arveler appeared on ERT shocked by the decision of the Turkish president ...... "If I hear that the mosaics are in tears, I will not be surprised,...
Read more
Church