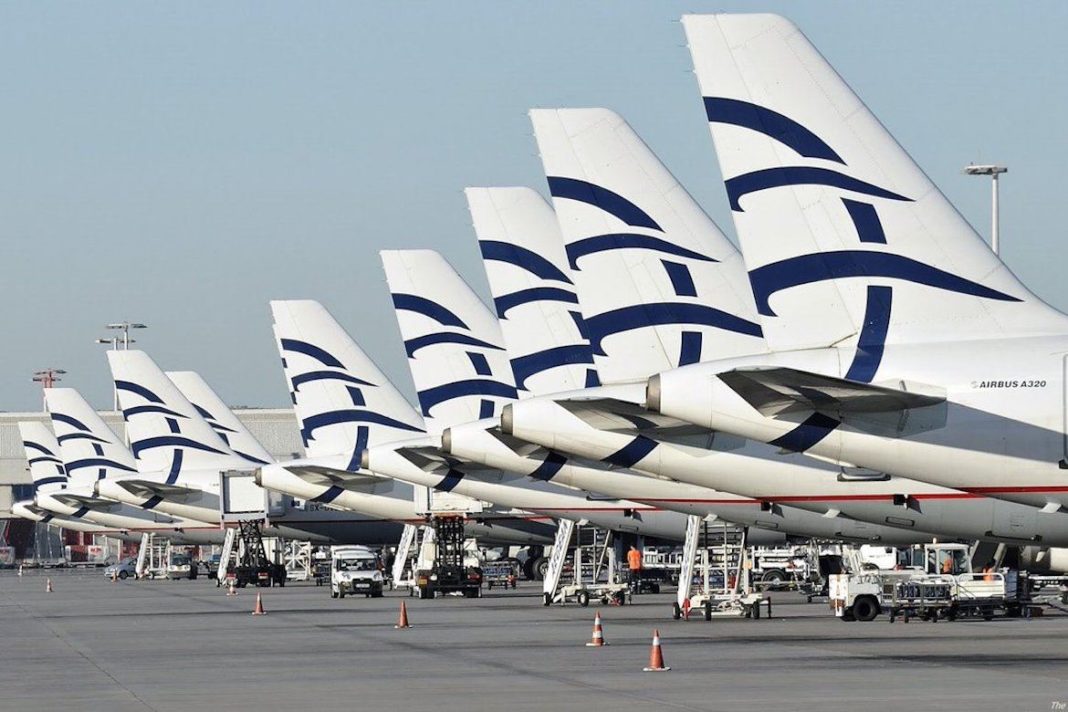 Interventions with reduced contributions, compensation for flights April - May with 20 euros per position, extension of contract suspension until 31/12 and reduction of VAT on transportation, the government announced………..

Ministry of Finance with a joint press release, Labor and Social Affairs and Infrastructure and Transport announced measures to support air transport.

as mentioned, branches, such as air transport, which is directly linked to tourism and indirectly to a number of other sectors of the economy (focus, entertainment and trade in tourist areas, island economy etc.), they need a special support framework, as they are of systemic importance to the country's economy.

From the first moment, the Greek Government took horizontal measures, such as:

The following data have been considered for the configuration of this special framework:

1. The aviation industry is concerned 306 companies and 11.000 employed and its systemic significance lies in the fact that 82-85% the country's tourism revenues (total revenue 18 billion. per year), comes from tourists who visit our country by plane and use the services of airports.

2. Greek companies in the industry (air, ground-handling service companies, airports) have performed very well in recent years, thanks to high tourist arrivals and receipts. For this, you don't need huge amounts of support, nor direct capital aid (capital injection), as has been the case in other European countries.

3. Economic and social activity in Greece is gradually returning 4 May, after removing the lockdown, while the country will start to receive tourists from abroad as well 15 June 2020.

4. Tourist arrivals will have a positive effect on flight work and traffic at airports.

5. Special interventions, in sectors of systemic importance to the national economy, provide the necessary safety net in order, first, companies can flexibly adapt their strategy to new data, and on the other hand, the State to preserve the added value of such industries and above all the income and employment of workers in them.

In this environment, the government, immediately proceeds to set up a special framework for the aviation industry, with the following interventions:

1.Expansion of horizontal measures in transport for the period after May 2020

The temporary suspension of employment contracts for business employees, accompanied by special emergency compensation, until July.

discount 40% in business rents, until August, and workers in those who are on a temporary suspension of the employment contract after May.

It is envisaged that the use of special purpose compensation will be made by the employees of the aviation sector and will have costs around 22 million. euro, taking into account the coverage of insurance contributions by the State.

The program will cover the period from June 15th to December 31st 2020. Furthermore, All insurance contributions are subsidized (employer and employee) for the working time that the employees are not employed. The benefit of this intervention is estimated at 50 million. euro, until December 2020.

Instead of taxation on the income scale, a special rate is provided 15% for the tax on the services of the pilots of aircraft, cabin crews and technical aircraft, as applicable to maritime taxation. This will lead to a reduction in the wage costs of companies in the industry, with savings 7,7 from. per year. It is noted that this is a permanent measure.

4. Compensation for April-May flights with 20 euros per offered position (plus VAT)

For regular airline flights, in which obligations to provide public service have been imposed, paid exceptionally, during the two months of April and May 2020, additional compensation for these flights, rising

Coronavirus Disease: 27 new infection cases – the 4 at the entrance gates, no new deaths

27 new confirmed cases of coronavirus cases reported in the last 24 hours in our country , bringing the total cases to 3.910, as he announced in writing the ....
Read more

Three enhanced job subsidy programs are starting today 18.000 new places for the unemployed with a subsidy from 75% until 90% from OAED!! Who...
Read more

Reopening Cruise: From the beginning of August we open the cruise

Due to the coronavirus pandemic, any movement in the cruise industry has been "frozen" at the moment ....... essentially, everyone is waiting for how the new ones will be shaped ...
Read more

He came to the Mykonos Health Center today 15 July 2020, patient years 73, with a positive COVID-19 test, diagnosed by the inspection carried out at the gates ...
Read more
Breaking News

Hagia Sophia – Pompeo: We are disappointed with Turkey's decision to turn Hagia Sophia into a mosque

"As for Hagia Sophia, we are disappointed with the decision of the Turkish government. I have nothing else to add to this ", said the ...
Read more
Breaking News