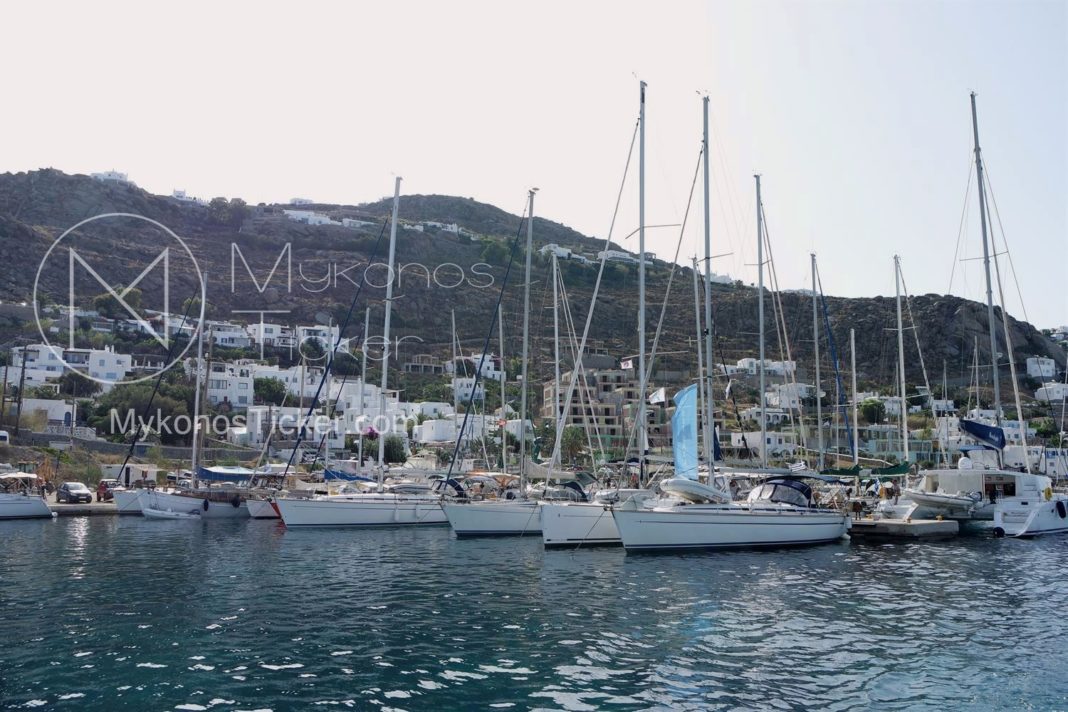 Coronavirus and Yachts – Boating: The yachting shipwreck – Zero reservations on the eve of summer

The demand for sailing holidays is expected to be very low this summer – How much do small boats rent?…….

Sailing boats may be launched in the country as part of the lifting of measures to reduce coronation, however, Few of them are expected to plow the Greek seas this summer. In this particular branch of tourism, which is none other than yachting, the picture will be completely different compared to previous years.. This is because the demand for sailing boats, In order for families or groups of friends to spend a few days with them, it is expected to be very small, with the result that the vast majority of yachts will be tied to the cellars with the engines off..

As the president of the Panhellenic Association of Sailing Boats of Recreational Boats characteristically stated to ethnos.gr (skippers), George Printezis, He and many of his colleagues have not closed any jobs so far this summer, when in previous years, at the end of May, agreements had already been reached for 14-15 weeks during the season.

"So far our work has completely disappeared and I don't think we will work this year. I get this picture, talking to colleagues. Personally, I have not closed any work so far this year, when other years at this time I was already closed 14-15 working weeks. This is despite the fact that sailing boats have significant advantages over the mouse.. The 99,9% of charterers are families or friends, so they coexist with each other anyway, while by law they cannot enter the boat more than 12 people. also, you can avoid the crowded beaches, so the coloring and tie in small coves with very few people or swim around the boat. also, within a few people any health protocols can be more easily adhered to ", notes in ethnos.gr Mr.. Printezis.

Owners: The picture regarding the reservations is very blurred

The general secretary of the Association of Owners of Tourist Professional Boats without Unpaid spoke about a very blurred image regarding the booking of sailing boats for this summer., Efthymis Bibis, noting that there are currently bookings for the months of July since last year, August and September, however, no one can say for sure that the agreements will be kept.

"Since February, we have been canceling the April reservations, of May and June. We have no cancellations yet for July and beyond, Nevertheless, we don't know if customers will come because of health protocols in their countries but also because of flights. It does not guarantee that we will not have cancellations until July and beyond. ", says. Bibis. He also said that due to the coronation, there will be no reduction in the number of passengers on sailing boats., since those who rent them are families or friends. "If there is any restriction on the number of passengers it will immediately mean cancellations".

According to Mr.. Bibi, there may not yet be an official position on health protocols that will apply to tourist boats due to the mockery, however, the administration of their association, after consultations with the Ministry of Shipping has a first picture. "Before boarding the boat, every customer, we will proceed with its special cleaning and disinfection and we will do the same before the next one comes. From there on and for as long as each customer has chartered the boat, it will be his responsibility and he will have to do what he keeps in his house. ", says. Bibis.

"The health protocols that will be decided can be implemented are very important. If, for example, They tell us that we have to proceed with cleaning with a special workshop while we are in Halki, there will be a huge problem. You can't easily find water there either. How to find a special workshop;», for his part, Mr.. Printezis.

Preferences and reductions in fares

According to Mr.. Bibi, the areas where sailing boats usually operate - based on customer preferences- is the Ionian and mainly Lefkada and Corfu, the Saronic, the Northern Sporades and the Cyclades, mainly starting in Paros. After the mass entry of immigrants, the Eastern Aegean faces a problem in the specific branch of tourism.

He does not rule out the possibility of a reduction in fares due to lower demand, stresses, however, that this will depend on the financial capacity of each owner. With,regarding the charter prices of the boats, according to Mr.. Bumping depends on many factors. "The sea area where you will move, it doesn't matter. What determines prices, is the policy of each company, what period will you rent the boat, since fares are higher in July and August, the type of boat, for example if it is a monopoly, catamaran etc., its age and of course its size. also, if you close it early, you will pay less money ".

How much do yachts rent?

Indicatively, Mr.. Bibis reports that today a small boat with three cabins, a toilet 34 legs and length approx 11 meters will be chartered as follows:

He also claims that in the vast majority of cases, and especially in the full season, the boats are chartered for a week and the lease usually starts on Saturday afternoon.. For two or three days, they are chartered at the end or at the beginning of the season, while it is not excluded that the short-term charter will be a more common phenomenon in its summer.… coronavirus.

He also notes that our country's biggest competitor is Croatia due to easier access from Central Europe and lower costs and emphasizes that there is a great lack of infrastructure in Greek ports., problem that will be exacerbated by the privatization of the Alimos marina, since he estimates that they will be lost approximately 800 berths.

"The situation on the islands is even worse. It's up to you to get me out. Tourist ports need to be set up, to serve even the basic needs. Have water, secure access and cable ties. A very important request of ours is the reduction of mooring fees in private marinas. There is a law for public ports, but, unfortunately, it still doesn't apply ", says. Bibis.

Coronavirus vaccine: The vaccination campaign in Europe is in full swing!! Immunity is impossible until the summer!!

Property Tax: ENFIA Certificate!! In which cases it is mandatory & how it is issued [GG]

Marine Forecast: Take increased action on 27-01-2021, from the Port Authority of Mykonos, due to the announcement of Stormy Winds

Aegean Islands: The contract for the upgrade and maintenance of school buildings in Sifnos was signed by the Region