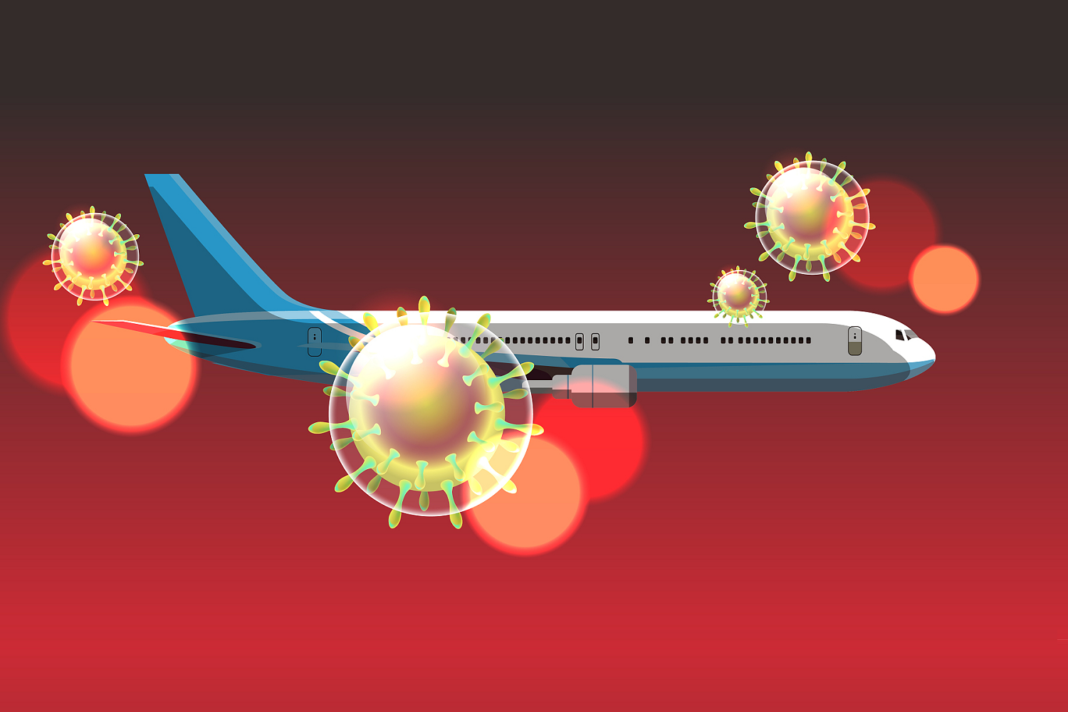 Greece is a breath of fresh air, before the opening of airports and ports, Concerned neo-hippies and their global warming, i'll tell ya.……

According to the official data of EODY, την τελευταία εβδομάδα επιβεβαιώθηκαν 110 outbreaks (3.376 until yesterday, 3.266 until last Sunday), from which it follows that 34 are "imported", that is, they concern travelers from abroad.

Experts have pointed out that the opening of tourism will also increase the number of cases in the country, with the health authorities being on hand, however.

Nikos Hardalias has already performed an autopsy at several airports in the region as they are preparing to receive international flights from Wednesday., while at the same time the descent from the road network continues at the border, με χιλιάδες Βαλκάνιους να έχουν φτάσει στη χώρα για διακοπές.

The autopsy Hardalia and the checks

Regarding the audit process, Targeted barcode tests will be conducted from July 1 in international relations.

3) Εφόσον συμπληρώσει όλα τα απαραίτητα στοιχεία, the visitor will receive a message in 24 hours a special barcode. He will show this to the Greek authorities upon his arrival in the country and so they will know who should be further checked..

Anyone who is positive will be quarantined 14 days.

The Armed Forces are taking control of the islands

In the meantime, According to Nikos Hardalias, cooperation with the Armed Forces begins, who take the tests on the islands.

As stated by Mr.. Hardalias from Lesvos, "Permanent ranks of Armed Forces health officials to be installed on islands in the next three months, who will be fully responsible for the checks that will be made. Flights will be operated every day 60 targeted checks, based on specific criteria of a platform, which will give priority to the whole country and will indicate on the basis of scientific and epidemiological criteria concerning the place of origin, in the traveler's profile, in his age data and a number of other criteria for who should take the test, who can be considered a higher risk traveler ".

43 New confirmed cases of coronary heart disease and a new death have been recorded in the last 24 hours in our country , bringing the total cases to 3.522...
Read more
Health

EOF issued a statement today regarding dietary supplements that are dangerous for human health ...... As AEO reports, after information from ...
Read more
View more