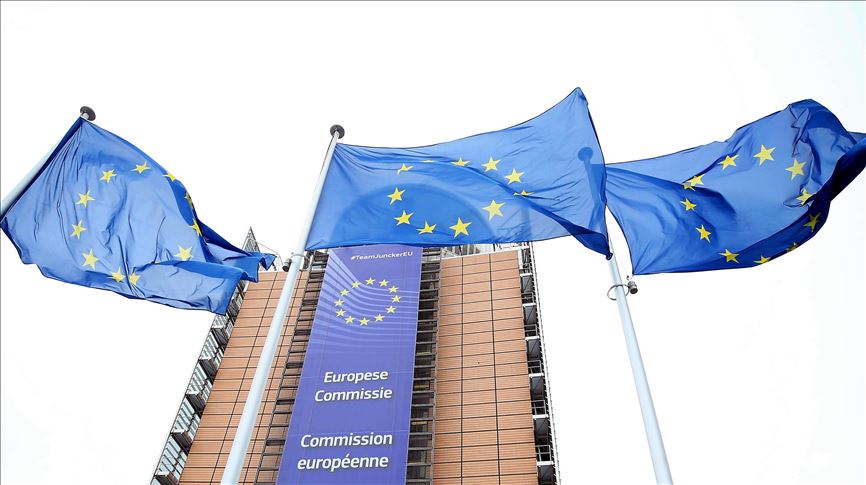 ACCORDING TO BLOOMBERG
Financial stimulation package 750 billion. The Commission will propose to the EU Member States, of which 22,5 billion will be provided in the form of grants to Greece and 9,4 billion. in loans……

From this package that the Commission will propose, the 500 billion. euro will propose to be given in the form of grants and more 250 billion. euro in loans under the new economic recovery plan from the parody pandemic, officials and diplomats told Reuters.

Part of the package will be funded through a joint debt issue, Bloomberg reports, which cites a source who has knowledge of the details, states that the Commission's proposal is for Greece to receive 22,5 billion. euro, Italy 81,8 , Spain 77,3 and France 39 billion.

As soon as the news broke, the Italian government bonds rallied with the interest rate for the ten-year period falling by eight basis points to 1,47%, the lowest two months, while the euro recovered and reached 1.0979 in London.

European Commissioner for Economic Affairs Paolo Gentiloni announced via Twitter, the creation of this fund, which is added to the other recovery tools, is a "European turning point to address an unprecedented crisis".

Commission proposes a Recovery Fund from 750 billion which is added to the common instruments already launched. A European turning point to face an unprecedented crisis. #NextGenerationEu

Commenting on the Commission's proposals, government spokesman Stelios Petsas, stressed that the Fund will at least arrive 500 billion, according to the Franco-German proposal, amount relating to grants, and an amount for additional funding in the form of loans.

"Therefore, we will have a large network of interventions that, if added to this and their height 540 billion that has already been approved by the Eurogroup and the European Council, we understand that we are going to an amount well above that 1 trillion. It's a big amount. Greece is demanding large sums of money, which means that: First, the Government should design a proper program for the utilization of these resources. And second, this money to be absorbed for the benefit of the Greek economy, from businesses and employees "noted Mr.. Petsas.

There are two big "camps"

The first proposal was made with the Merkel-Macron compromise plan an EU recovery fund 500 billion euros raised from European Commission lending to capital markets and is essentially the common debt.

On the opposite side is the proposal co-signed by the 4 EU hard, Austria, Netherlands, Sweden, Denmark clarifies that they say "yes" to boosting affected countries but with loans.
The three pillars

The European Commission's plan will focus on three main pillars, with the former concentrating on it 80% of total funds and which will be funded against 90% from the recovery fund and against 10% from the cohesion fund. Ursula von der Leyen wants to be monitored as part of the European Semester, a process that includes the submission of national budget plans of Member States and the recommendations of the Commission, so that the money is spent productively, based on European targets.
The second pillar of the plan, about 15%, will be used to restart the economy. It is about strengthening the investment plan known as InvestEU and which is a continuation of the so-called "Juncker plan"..

The third pillar, which will absorb about 5% of the plan, will be used to strengthen civil protection and emergency mechanisms already available in the EU..

To prevent colds, experts advise you to avoid touching your eyes and nose, as this is how germs are transferred from ...
Read more
Coronavirus - coronavirus

What about the mask everywhere on the floor of an apartment building, yard and car!! From the early hours of Saturday, the new measures for dealing with them will take effect..
Read more
Breaking News