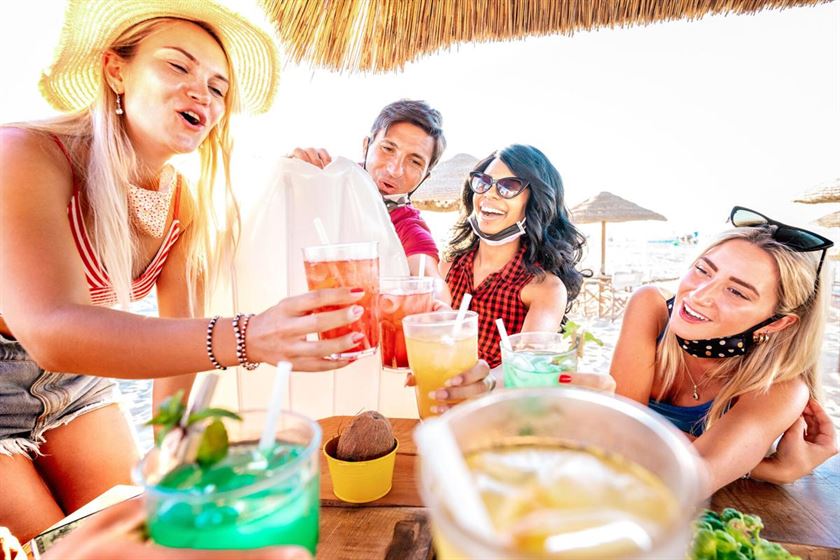 Coronavirus Measures: The TIF was canceled – At 12 the Bars will close in the evening & Restaurants in Mykonos, Paro, Santorini, Rhodes and others 11 areas

Alarm after the explosion of coronavirus cases! Extraordinary meeting under the Prime Minister and appeal of the Minister of Health to the young people to observe the protection measures. From the 16/08/2020 they will enter every day just 750 people every day from Kakavia………..

After the meeting with the Prime Minister Kyriakos Mitsotakis at the Maximos Palace, the government has decided to take new measures for the coronavirus.

At first, the cancellation of the TIF due to the coronavirus pandemic was announced on Monday afternoon by the deputy spokesperson, Aristotle Peloni.

The new measures in detail

1being: Scheduled for space 5-13 September 2020, 85the Thessaloniki International Fair, it will not take place. The Prime Minister will attend the speech in Thessaloniki, to deliver on 5 September, to a limited audience.

2being: Based on the course and evaluation of the epidemiological data it was decided that from 17/8 for entry into Greece it becomes mandatory to submit a negative molecular test for coronavirus (PCR test), to be carried out by 72 hours before, for those traveling by flights from the following countries: Sweden, Czech republic, Belgium, Spain and the Netherlands.

3being: With,as regards land borders, from the 17/8 it becomes mandatory to submit a negative molecular test (PCR test) for all incoming from land borders. The test should also have been performed by 72 hours before entering Greece. The obligation to present it also includes Greek citizens and those with residence permits. The test must have been performed in the country of origin and not in Greece.

4being: From the 16/8 enters the allowed number of entrants from the border outpost of Kakavia. Specifically, from the 16/8 transit will be allowed 750 men a day.

5being: Every public event in which the participants are standing is suspended throughout the country, including concerts and performances.

6being: Based on the data and the epidemiological burden it was decided, from the 11 until 23/8 the ban on the operation of health stores by 12.00 at midnight until 7.00 in the morning in the following areas:

The ban may be extended to other areas or even horizontally, depending on the evolution of epidemiological data.

Probably over the weekend or Monday at the latest, 14 September, ENFIA statements are expected to be posted on Taxisnet. The total amount that ...
Read more
Previous article Turkey’s aggression in the Aegean:-FOREIGN MINISTER: We call on Turkey to end its illegal activities immediately
Next article Turkey’s aggression in the Aegean:Within the Greek continental shelf the Oruc Reis
Share
Facebook
Twitter
Pinterest
WhatsApp
Linkedin
ReddIt
Viber
VK
Tumblr
Telegram
Mix
Digg
LINE
Email
Print

"Fortunately, for this lot, we just gave it 1/3 of the money of the total expenditure "say government officials who are trying to catch the thread ...
Read more
Breaking News

Coronavirus Restrictive Measures: These are the 8 new measures for Hours, Catering and Transportation!! What is announced today!!

The government announces today 8 new measures that will apply in the first phase for the next two weeks .... The increased epidemiological burden in areas such as ...
Read more
View more