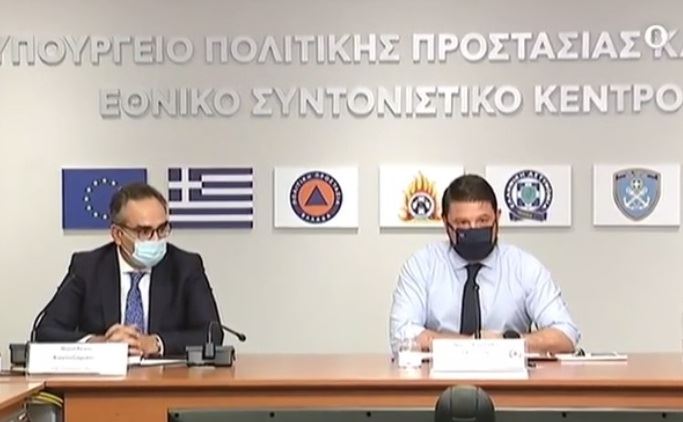 Coronavirus pandemic – Chardalias: The 83% of cases are domestic – New appeal to young people

According to Nikos Hardalias the 83% of cases in Greece are domestic and have been caused by non-action in synchronization areas.

"We are not relaxing the measures. The transmission is due to domestic traffic and non-compliance. Distance measures must be strictly adhered to, masks, hygiene measures, hours "added the Deputy Minister of Civil Protection.

Mr.. Hardalias said that according to the PLF system, the recorded positive imported cases are 615 over 319.000 controls at the entrance gates, of which they passed over 2 million. people

The Undersecretary of Civil Protection also announced that there will be a special protocol for workplaces in the coming days as well as timely information for schools.. He confirmed that special preparations are being made for the schools as well, and insisted in particular on the observance of protection measures in general, pointing out that we can not relax.

The main points of the information of Mr.. Hardalias

Vassilis Kontozamanis announced 400 hospital admissions from September. He also mentioned that they are created 50 new ICUs.

"Since the beginning of September, they have been part of the ICU 1.650 professional nurses to acquire a specialty in intensive care and 600 health nurses. There is an adequacy of materials. Inventories are created through competitions, donations, etc. " added the Deputy Minister of Health.

No one can either speculate or distort the real picture. What is written about serving interests I consider unworthy of comment. So far we have succeeded because we provided complete and responsible information. We did not hide anything and we will not do it.

The Dates record the "weather trends" for the specific period and in no case can they be a reliable forecast of weather conditions.. I will...
Read more

The Dates record the "weather trends" for the specific period and in no case can they be a reliable forecast of weather conditions.. I will...
Read more
Breaking News

280 New confirmed cases of coronavirus cases, and 13 New deaths have been recorded in the last 24 hours in our country, bringing the total cases to 22.358 and...
Read more
Breaking News