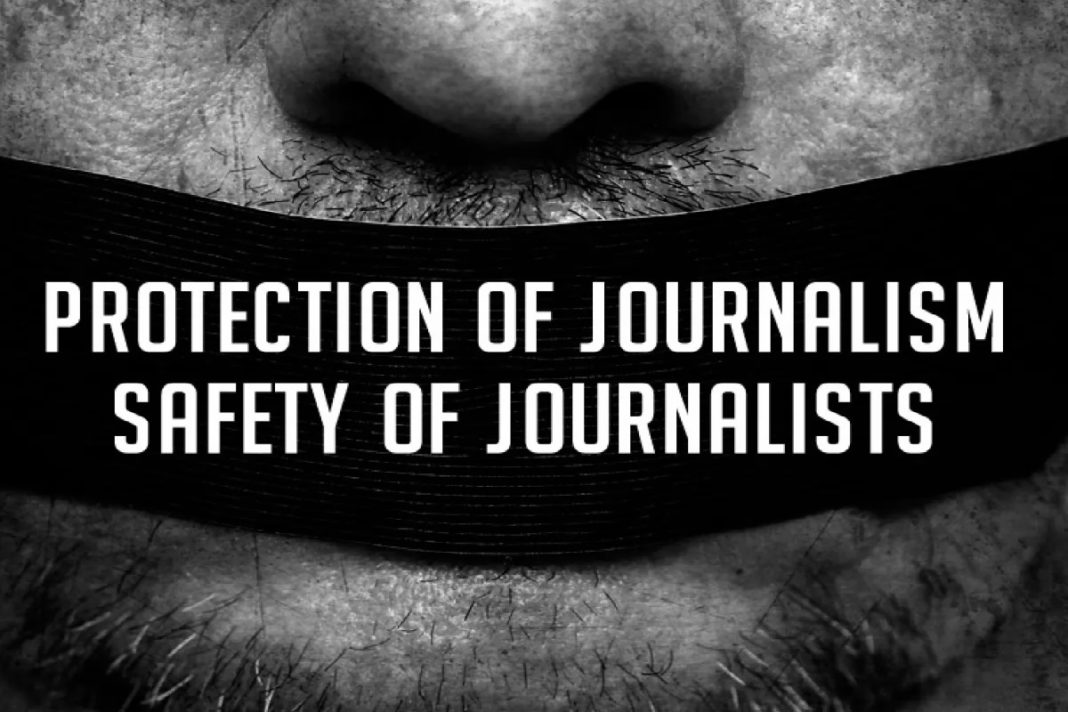 Coronavirus Pandemic – Media List: European condemnation by the Council of Europe of excluding SMEs from the Petsa list

Loud slap in the face by the Council of Europe for the Petsa list!!

Reference to exclusion of opposition media, from "We Stay Home" campaign and harsh criticism to the Greek government does with its decision the Council of Europe on the Petsa list……

With a "slap" decision of the platform for press freedom and the protection of journalists, Council of Europe criticizes Greek government over Petsa list and Media exclusion for criticizing.

In particular, the Council decision refers to the Greek media which criticized the government and treated it… differently from the government, with the case Document, which was completely ruled out, to is the main and most typical example.

What does the decision say?

In the introduction, It is emphasized, among other things, that:

"Greek media criticizing the government were excluded or restricted from the campaign of financial support of the 20 million, in the midst of the Covid-19 pandemic. An analysis showed that several media outlets labeled "opposition" received a disproportionately small portion of the advertising pie, compared to Media close to the government, despite the fact that (the first) had a larger readership ".

The Documento example was then used. In the text it becomes clear, that the newspaper is the clearest example of government exclusion.

"The case of Documento is the clearest example. The weekly research newspaper was completely excluded… », noted in the text, inter alia.

Afterward, reference was also made to the way in which Stelios Petsas was called to respond, on the exclusion of the newspaper: "When asked about the exclusion of Documento, Government spokesman Stelios Petsas spoke about media that did not meet certain criteria, such as that of not spreading false news, which the Documento categorically denies. The weekly newspaper, specializing in investigative journalism was a means of high circulation that was excluded from the campaign… », is typically emphasized.

"When the campaign was announced, Documento was completely excluded. Meanwhile in the 18-page list that included 1,232 SMEs that received financial assistance, there were websites that did not work, or blogs with zero readers.

The full list was published by the government following coordinated pressure from the media and society. It showed that several media friends in the government received disproportionate amounts, which led to allegations of government control of the media and attempts to suppress press freedom. ", the text ends. 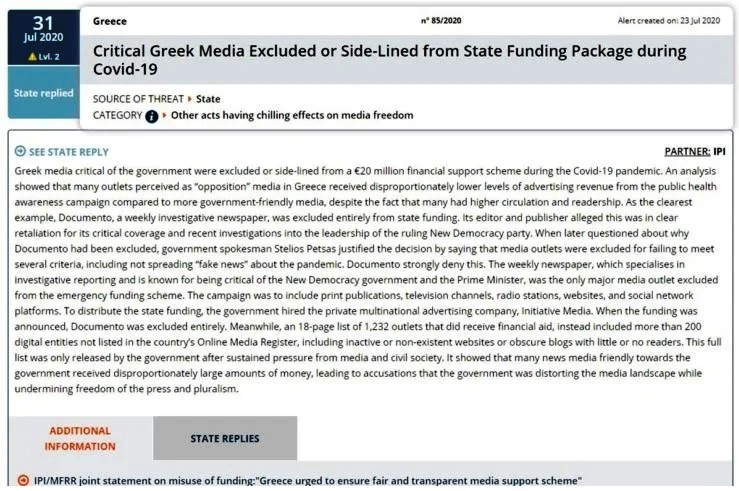 See the relevant decision in the following link:

Greek media critical of the government were excluded or side-lined from a €20 million financial support scheme during the Covid-19 pandemic.

An analysis showed that many outlets perceived as “opposition” media in Greece received disproportionately lower levels of advertising revenue from the public health awareness campaign compared to more government-friendly media, despite the fact that many had higher circulation and readership.

As the clearest example, Document, a weekly investigative newspaper, was excluded entirely from state funding.

Its editor and publisher alleged this was in clear retaliation for its critical coverage and recent investigations into the leadership of the ruling New Democracy party. When later questioned about why Documento had been excluded, government spokesman Stelios Petsas justified the decision by saying that media outlets were excluded for failing to meet several criteria, including not spreading “fake news” about the pandemic.

Documento strongly deny this. The weekly newspaper, which specialises in investigative reporting and is known for being critical of the New Democracy government and the Prime Minister, was the only major media outlet excluded from the emergency funding scheme.

When the funding was announced, Documento was excluded entirely. Meanwhile, an 18-page list of 1,232 outlets that did receive financial aid, instead included more than 200 digital entities not listed in the country’s Online Media Register, including inactive or non-existent websites or obscure blogs with little or no readers.

This full list was only released by the government after sustained pressure from media and civil society.

It showed that many news media friendly towards the government received disproportionately large amounts of money, leading to accusations that the government was distorting the media landscape while undermining freedom of the press and pluralism.

The Council of State rejected as unfounded the application of the Panhellenic Association of Shops and Consumers of Catering and Entertainment, with which he asked to be canceled ...........
Read more
Previous article Coronavirus Pandemic – Mykonos: Exceptionally in Mykonos, EODY ladder – After the cases in Alemagou
Next article Cancer Breast: Good news!! A fast and cheap blood test for breast cancer has been created, 100% expensive!!
Share
Facebook
Twitter
Pinterest
WhatsApp
Linkedin
ReddIt
Viber
VK
Tumblr
Telegram
Mix
Digg
LINE
Email
Print