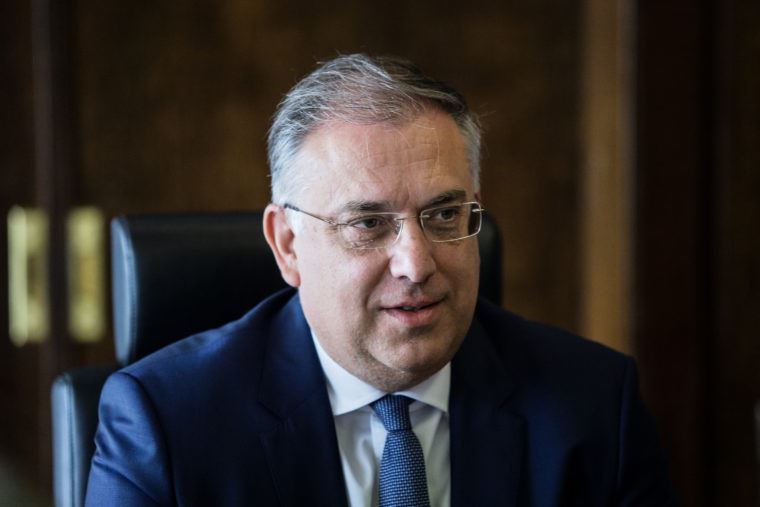 Interior Minister Takis Theodorikakos a conference call he had with the Executive Committee KEDE and heads of factions announced accelerated procedures for recruitment to the municipalities and arrangements will facilitate their operation this critical period………
"The Government can and should become a pillar of solidarity and safeguard social cohesion, and growth pillar for the next day of the crisis ", said Mr.. Theodorikakos, who listened to the problems faced by municipalities due to the crisis of pandemic, and the conclusions and recommendations of KEDE.

– Facilitate the return of the advance will receive municipalities of CAP, due to failure recovery contributory charges through PPC, in 18 until 72 doses.
– Located in consultation with the President of the Deposits and Loans Fund to "freeze" in’ principle on a quarterly installments of municipal loans.
– At the end of the week is expected to announce the new development plan for the Government, substitution of "Philodemus I '.

To cover approximately 3.000 Niche "Help at Home" program, έχει ζητήσει από το ΑΣΕΠ να επιταχύνει τις διαδικασίες ώστε μέσα στον Απρίλιο να προκηρυχθεί ο διαγωνισμός. At the same time he asked the KEDE compel municipalities that have not completed the payment process of the program workers, to do so as soon as.

he stressed,what in cooperation with the Labor Minister. Vroutsi promote integration, as soon as possible, procedures for recruiting 36.000 workers in community service programs of Interior and Labor ministries, to contribute and those in the government operation this critical period.

Mr.. Θεοδωρικάκος ανέφερε ότι η Ελλάδα βιώνει τη δυσκολότερη περίοδο μετά τον Β’ World War II and leading role in the deal can play in government. "Greece can cope with this crisis only through the humanity surplus, solidarity, unity and volunteerism that exists as a strong current in the Greek people and we want to capitalize on all the actions that we develop ", he said, with particular reference to solidaritycity solidarityanimal and actions developed by the Ministry of Interior.

Popi Elaban achieved her goal and managed to win a medal in the Panhellenic K16 Championship in the competition of 150 μέτρων........ Η σπρίντερ του...
Read more
Church-with reverence and solemnity