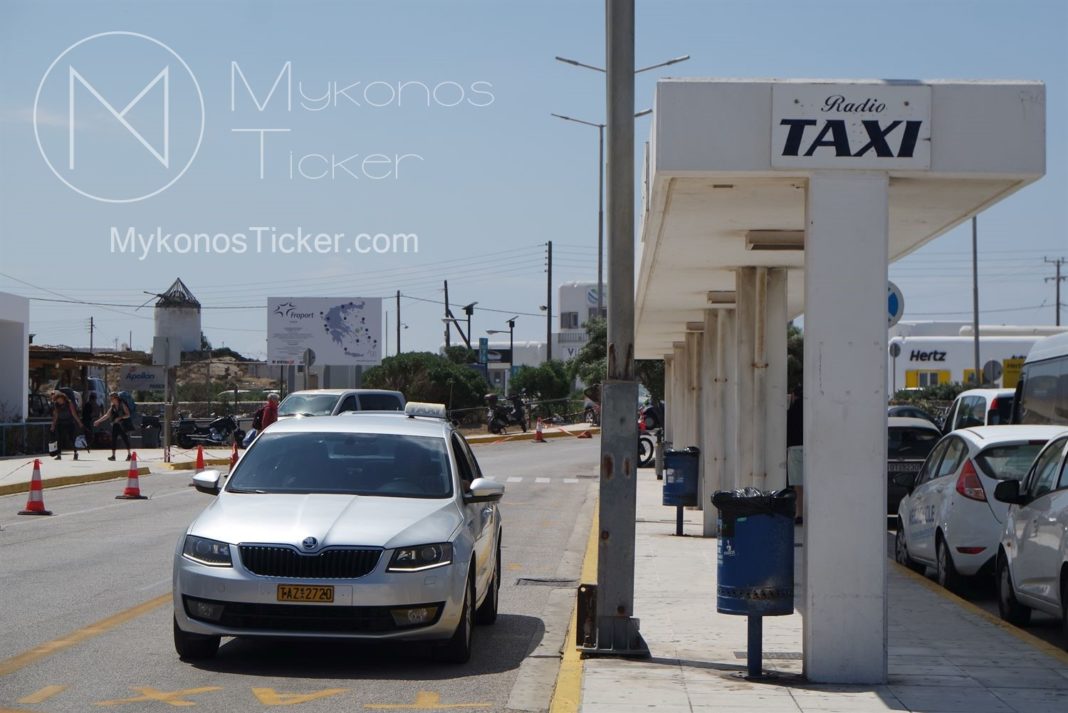 Coronavirus Pandemic - Taxi: A second passenger will be able to board in the next few days!!

Costas Ah. Karamanlis: And a second passenger in taxis in the next few days, the relevant Joint Ministerial Decision will be signed.

The Minister of Infrastructure and Transport, Costas Ah. Karamanlis, announced that a second passenger in the taxis will soon be allowed.

Speaking to ANT1's main news bulletin, announced in particular that the Joint Ministerial Decision will be signed by the Undersecretary of Transport, Giannis Kefalogiannis and the competent Ministries of Health and Citizen Protection, so that in the next few days a second passenger can enter the taxis, as it is understandable that a couple or two people who live in the same house and want to move, have a problem with the current setting.

Asked when the flights to Greece from abroad will start again, Mr.. Karamanlis recalled that at the informal meeting of the European Union's transport ministers last week, he called on the Greek government to present a specific pan-European plan by mid-May., which will clarify when the airlines will open.

As, Nevertheless, a pan-European agreement is difficult to reach, Mr.. Karamanlis stressed that Greece has already begun talks on bilateral agreements with countries such as Israel and Cyprus, that is, countries where there are few cases, in order to find transnational practical solutions for the safe transport of travelers to Greece. "We want a golden section: The safe transport of passengers and not endangering public health ", added Mr.. Karamanlis, with regard to foreign flights.

As for domestic flights, reminded that there is currently an instruction (NOTAM) valid until 18 May and announced that at 18 or 25 May, depending on the spread of the virus and the suggestions of experts, the government will make its decisions.

The Minister of Infrastructure and Transport reminded that the Prime Minister Kyriakos Mitsotakis in a letter to the President of the European Council has raised the need for a specific European plan for air travel safely..

He also recalled that Greece has proposed a European Union health certificate, that is, the traveler has taken a test 48 or 72 hours before flying, to reduce the likelihood of coronary heart disease.

Mr.. Karamanlis also stressed that the government is trying to find a golden section on the issue of issued tickets., so as not to cause further damage to airlines and protect consumer rights. "What I can assure the consumer and the passengers, is that they are not going to lose their money ".

Regarding the dispute between the International Air Transport Union and the possibility that some seats will remain vacant on the planes, He noted that the issue needs to be addressed at European level. reported, also, that in other countries, such as France and Germany, many billion-dollar state aid has been given to airlines with the permission of the European Commission..

The procedure for submitting electronic applications to OAED for the community service program for 36.500 unemployed, for the Municipality of Mykonos 41 hirings, ξεκινάει...
Read more

15 new confirmed cases of coronavirus cases reported in the last 24 hours in our country , bringing the total cases to 3.390, as he announced in writing the ....
Read more
Breaking News

Reopen Business – Tax: What about the reduction in the tax advance up to 100%

Reduction of tax advance up to 100% for businesses that will be damaged during 2020 λόγω κορονοϊού σχεδιάζει το υπουργείο Οικονομικών ώστε...
Read more
Coronavirus - coronavirus