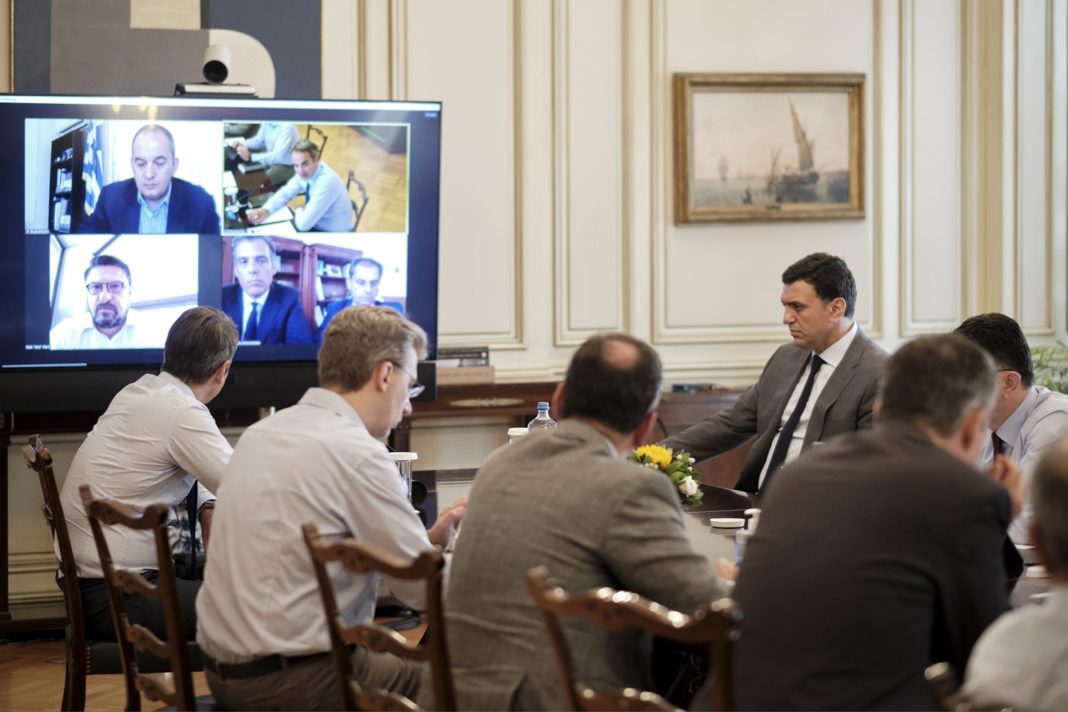 Finally the festivals and other mass events until the end of July!! What was decided at the meeting at the Maximos Palace and the Committee of Experts of the Ministry of Health!!…….

The committee of experts of the Ministry of Health is officially putting a brake on the overcrowding that has been observed in the last few days at festivals.……

In particular during the meeting of the Committee of Experts of the Ministry of Health, held by teleconference, Under Health Minister Vassilis Kikilias, it was decided to make a proposal to the government to stop the local events but also to increase the controls especially at the entry points of the country.

The following was decided at the meeting under the Prime Minister:

First, Targeted controls at the country's gates intensified with emphasis on the Promachonas border post.

From 1 July to July 11th 2020 were carried out at the entrance gates of the country 67.797 test, of which 218 they were positive. Percent just 0,35%. Nevertheless, The data show that the positive tests are four times higher in Promachonas, than,what for example in Eleftherios Venizelos.

From the early hours of Wednesday, the evidence of the negative tests that those who wish to enter from Promachonas will be thoroughly checked.. In case of non-authentic display, fake, document, the prescribed sanctions will, of course, be imposed.

Secondly, controls on entry gates from Albania are being strengthened.

Already, at the weekend were made 1.011 targeted inspections at the Kakavia border post and will continue in the coming days in Krystallopigi.

Thirdly, as we had previously announced, we open direct flights from the United Kingdom from 15 July.

Furthermore, we open direct flights from Sweden from 22 July 2020. Alongside, depending on the evolution of epidemiological data in countries outside the European Union, such as the USA., The opening of direct flights from the end of July is being considered 2020, with the obligation to demonstrate a negative molecular control result (PCR) for the mockery, to be carried out by 72 hours before entering Greece.

Fourth, because the alarm bell does not just ring for arrivals from abroad, but also for the phenomena of relaxation inside, was asked by the Committee of Infectious Diseases to be examined, at today's meeting, the immediate ban on festivals and other mass events until, at least, end of July.

The Government is constantly monitoring developments, talk to experts and take any action they need.

Finally the festivals until the end of July, what the infectious disease specialists decided

The meeting of the Committee of Experts of the Ministry of Health has ended, held by teleconference, under the Minister of Health Vassilis Kikilias. Finally the festivals!!

The committee decided to propose to the government: