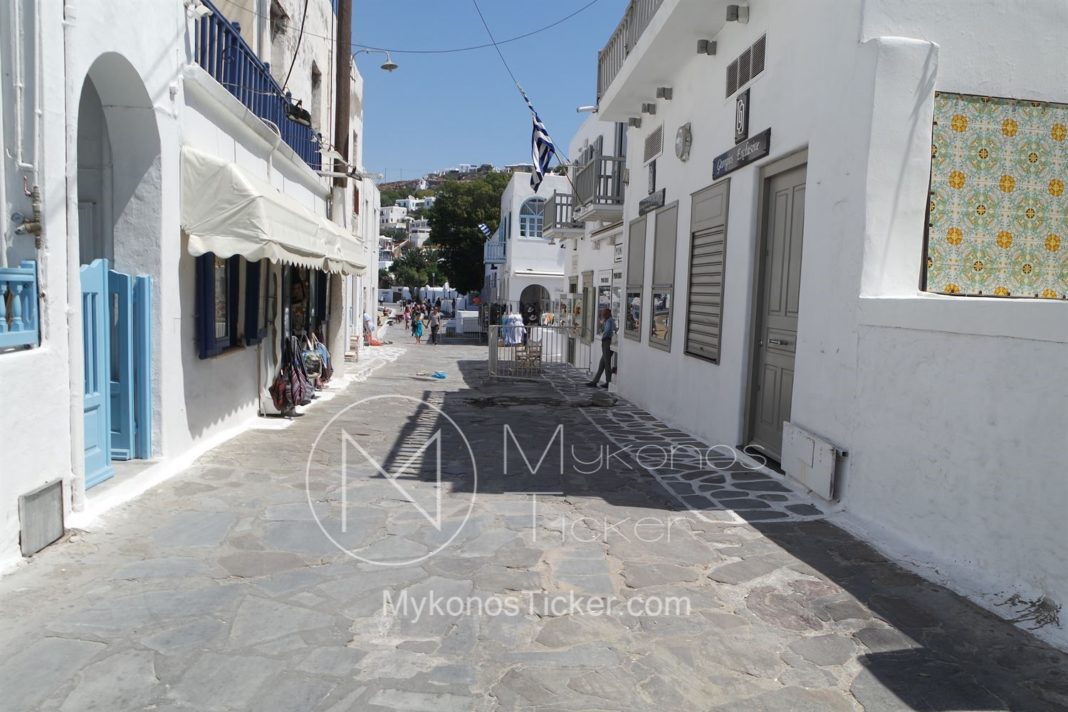 Coronavirus-Rental Property: All the secrets to the haircut 40% rents - What mistakes deprived compensations, who are entitled to the reduction

particularly, as evidenced by data collected by "ET", most of 40.000 Landlords who were forced to accept a reduction in rents by 40% in the period March-October 2020 have lost the tax deductions they are entitled to, for trivial causes of a formal nature.

The mistakes
This is because from the crossroads carried out by AADE emerged:

* Cases in which the amounts of regular rent, which were stated in the lease information statements, and the amounts of rents listed on the COVID declarations differed slightly by small amounts, which were, however, sufficient to cause disagreement at cross-checking and ultimately lead to non-clearance of COVID declarations. In these cases the owners have received notifications from AADE and have time until the 31 January 2021 submit COVID correction statements to secure the tax deductions to which they are entitled, even afterwards.

* There have also been thousands of cases where landlords have reported reduced rents on COVID declarations by forcing decimal rounds, which, however, had the effect of reducing post-rounding amounts, compared to regular rents, not exactly against 40%, as it should, but in percentages 39,99% or 39,98% Others. This development automatically led to the rejection of COVID declarations, because the resulting rent reduction rates were lower than 40%!

The trap
The following example is typical: The exact monthly rent that a landlord received from his landlord rented was normally 833,34 euro (10.000 per year). However, because the AADE electronic platform to which the owner submitted the lease information statement does not accept decimal digits, the landlord rounded out the monthly rent from 833,34 EUR 833,00 euro.

The amount of rent received by the landlord from March onwards reduced by 40% in relation to their actual rent 833,34 euros was 500 euro. However, in the COVID declaration submitted by the landlord, the indication of a normal rent rounded to 833 euros and reduced rent configured 500 euro led the TAXISnet system to the -correct mathematical result- to bring out the percentage reduction in 39,98%.

But because this percentage was below the forecast 40% the COVID declaration was rejected and the landlord lost the compensation for all months from March to October! (The compensation would be given in the form of a tax deduction - credit equal to 20% of 60% of rent.)

In each of these incredible cases of unjust compensation, landlords can no longer do anything to secure the amounts of tax deductions they are entitled to, even afterwards. This is because they are not included in those who have received notifications from AADE for correction of the submitted COVID declarations and therefore they are no longer allowed to submit amending-corrective COVID declarations for the months of March to October. 2020.

mess
Furthermore, the day before yesterday the first direct compensation was paid to 137.049 Landlords who were forced to collect rent amounts for the month of November 2020 decreased by 40%, there were also problems.

Specifically, some owners found that the amount of compensation they received did not correspond to 50% of the lost 40% of rent, namely 20% of the total rent, under the law, but were significantly lower, limited even to half the amounts they should have received!

The most probable reason for this seems to be the fact that in these cases they had been agreed and declared, in lease statements, dates of collection of normal rents by tenants in the middle of each month.

B.C. instead of the 1st of each month, the 15th was declared as the day of rent collection, so the TAXISnet system, when clearing COVID declarations, seems to have taken into account not the monthly amount of rent but half of that amount as the basis for calculating income loss and compensation payable, resulting in the compensation being halved respectively!

Three-speed "scissors" on rents for January and February
In the meantime, according to what has already been announced by the Ministry of Finance, hundreds of thousands of companies in the retail sector, of catering, of the civilization, of sports, tourism and transport, who have leased the properties of their commercial premises and were obliged to remain closed until 15 January, by state order, are exempt from the obligation to pay rent for the months of January and February of the current year. This exemption also applies to gyms, salons, beauty salons and bookstores, which were also forced to not operate.

According to the decision of the government's financial staff, the owners who rent their properties to the specific companies will receive from the State Budget compensation equal to the 80% of the agreed rent for the months of January and February 2021, so that they have no further losses than they have today. Furthermore, Legal entities that lease real estate to these companies will be compensated by the state equal to 60% of the monthly rent for both the month of January and the month of February.

What applies
Analytically, the "landscape" in terms of forced rent reductions and landlords' compensation is as follows in the first two months of 2021:

* Reduction 100%: Applies only to professional leases of certain categories of companies that remained closed by state order during the festive period of December 2020 and until 15 January 2021. In these categories, including all retail businesses, whether operating with e-commerce or e-commerce services with home delivery, catering businesses, regardless of whether they operate by distributing products and / or providing products in a package from the store, hairdressers and beauty salons, companies in the fields of culture and sports, tourism businesses, such as hotels, accommodation and tourist offices, and transport services.

* Reduction 40%: Applies to the professional rents of companies that have been classified as "affected" and to the rents of the main (and student) residence of employees suspended from an employment contract. consequently, in these cases the tenants must pay the 60%.

a) For the rents of the companies that continue their uninterrupted operation, such as supermarkets, pharmacies, etc..

c) For secondary housing rents, cottage, temporary residence and for leases relating to any other type of use, except for the main residence of an employee whose employment contract has been suspended due to the forced closure of the company in which he works.

* For the months of March - October 2020 the compensation was in the form of compensation 30% of income loss due to rent reduction with current tax liabilities. For those taxpayers who were entitled to set off with their tax liabilities but before that was done they had already paid in full the income tax and the ENFIA of the year 2020, the offset will now be made with its tax liabilities 2021.

* Compensation for rent reductions in November, December 2020, January and February 2021 increased now, as equal to 50% of loss due to rent reduction.

* Especially for cases in which tenants are companies that have remained closed by state order and are completely exempt from the obligation to pay rent, the compensation of the owners for the months of January and February 2021 will reach a percentage 80% of income loss (which is now the entire rent).

* Legal entities that lease real estate to the above companies for January and February of 2021 will be compensated with 60% of the monthly rent.

PM Mitsotakis – Cabinet Council: the 11 measures to address the consequences of the pandemic – What was said about teleworking, vaccinations and co-care