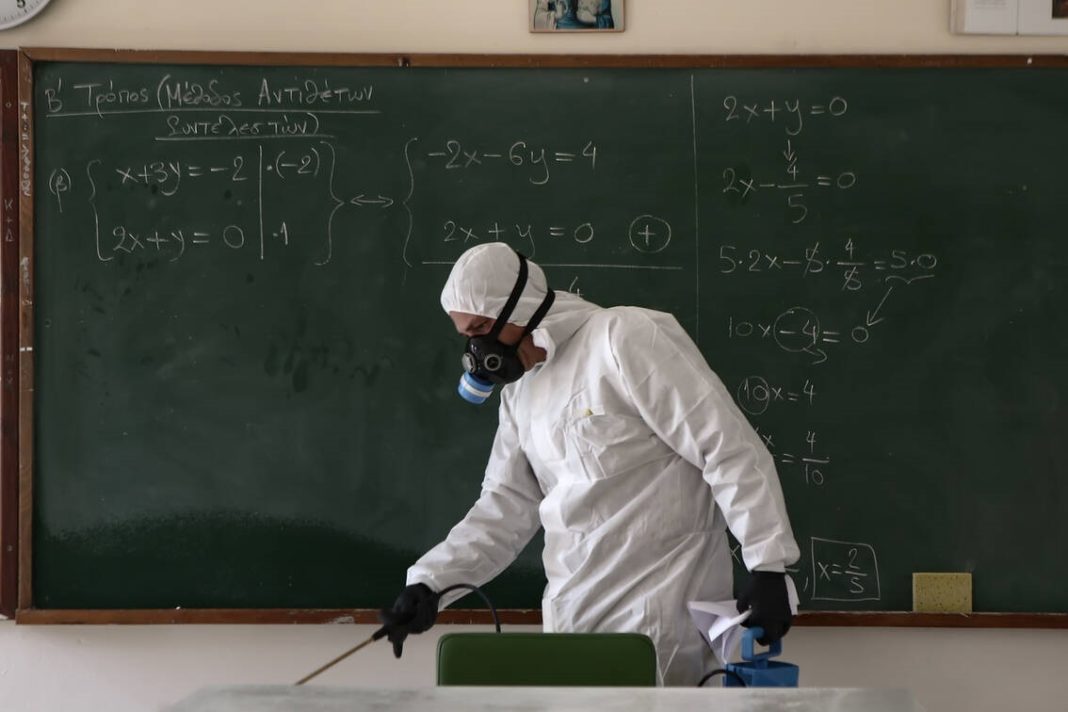 Coronavirus : Implemented from next week the "Tele-Classes" – Nationwide in July or September

Implemented from next week the 'tele-classes'!! School closures will be reviewed, as examined and the postponement of national exams, all scenarios are open……..

THE coronavirus already spreading in our country, with schools remain closed for 2 weeks and Ministry of Education is considering postponing national exams!

The Minister of Education He clarified that "the year in educational institutions of the country will not be lost and stressed that there is no taken decision on whether to extend the period of suspension of operation.

If we go into greater inhibition then there is the possibility of extending the school year, reducing the curriculum '.

“If we talk about suspending the operation of schools 2 with 3 weeks, then courses will replenish with reform of teaching hours and cut walks”, the Minister said noting that the following measures are studied:

If longer suspended operation of schools judged necessary, then we will consider other measures, as it is the extension of the school year along with the reduction of matter. There is a possibility of passing national exams, But there will be lost the tests nor school year.

Asked about the possibility of suspension of classes until the end of the school year Mrs.. Potter said he appreciated that this would not be, but he noted that the ministry expects the expert instruction: “trusted experts” reported.

Note that according to sources the Ministry of Education is open the possibility of conducting the Panhellenic July, if extended school closures.

However, if judged that the temperatures are particularly high, Panhellenic may then be passed for September.

"Distance learning is already being considered for universities and we are in contact with them, we have made steps to become whatever,what's needed. While, for schools have put a priority Third grade of high school.

We do already test for using a network to be able to continue over Greece examined courses online '.

Next week will take effect the draft Education Ministry for distance learning.

As confirmed by the OLME, the project will put, at first, not functioning for students Γ΄Λυκείου, while a pilot operation enters the online platform for teachers and students.

The process will be coordinated by the managers schools.

The Prime Minister, Kyriakos Mitsotakis, during his policy address yesterday heralded the measure:

"As you know, αποφάσισα να close all educational units for 14 days. It was a difficult but necessary decision, which however does not compromise the school and academic year. Το υπουργείο Παιδείας είναι έτοιμο να εφαρμόσει διαδικασίες tele-courses, originally in C 'Lyceum, and it has worked out scenarios for all levels ", He had reported Prime features, while adding:

"This means, sure, that our children will find a lot of free time. In these, Well, address: Continue reading, good and small groups at home and when you exercise outdoors. It's the best advice I can give you. Avoid places with large crowds, wherein the disease is transmitted more easily. And attention to grandfathers and grandmothers! Better to stay away, especially if you have the slightest symptom ".