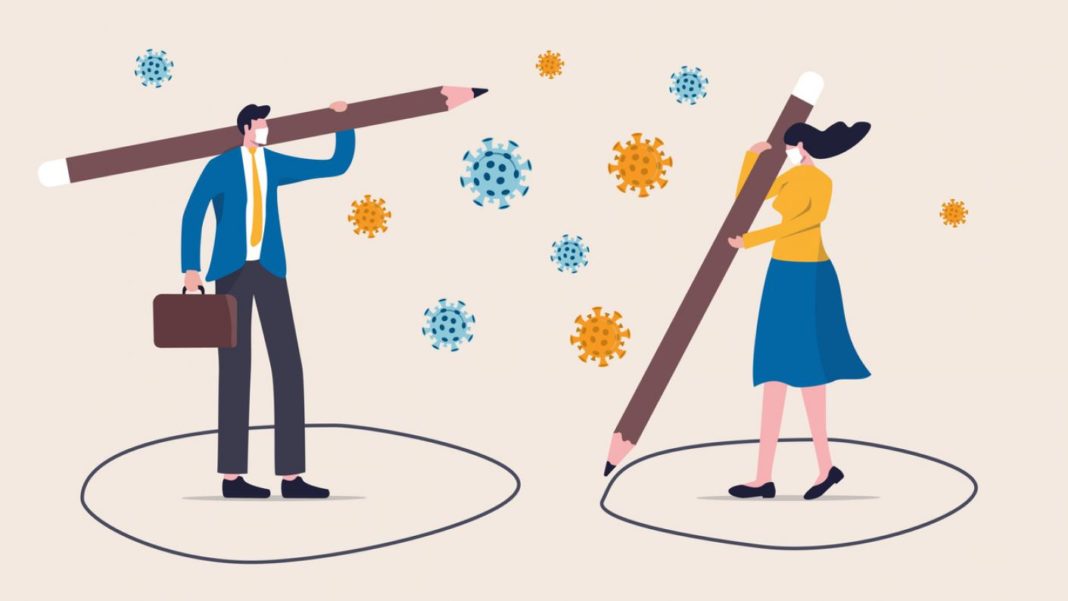 Coronavirus Transmission: If it blows (even a little), the droplets of saliva with the corona can be transported at a distance of up to 5,5 measures

Even a light breeze with a speed of four kilometers per hour can carry the droplets of saliva, after a cough, at a distance of up to 5,5 measures, according to new estimates by scientists led by a Greek……… Researchers believe that current guidelines for keeping people up to two meters apart to prevent transmission of Covid-19 disease, may not be sufficient in all cases.

Investigators, led by Professor Dimitris Drikakis of the University of Nicosia, who made the relevant publication in the journal "Physics in Fluids" of the American Institute of Physics, created a computational simulation, which calculates how far from a coughing person can travel the droplets of his saliva, which may contain the SARS-CoV-2 virus.

The new mathematical model takes into account several parameters, such as humidity, the dispersion power of the particles, the interaction of air and saliva molecules, the conversion of droplets into water vapor, etc.. and then makes estimates based on differential equations.

"Droplet cloud can affect both adults and children of different heights. Shorter adults and young children may be at higher risk, if they are in the orbit of the launch droplets of saliva ", according to Mr.. Drikaki. as told, saliva is a complex fluid, which travels suspended in a volume of ambient air, released by coughing. Many factors affect how the droplets travel each time, like. their size and number, the interaction between them, the heat and mass they carry, humidity and air temperature in the environment etc..

"The new study is vital, because it concerns health guidelines and safety distances, promotes understanding of the spread and transmission of aerogenic diseases and helps identify precautionary measures based on scientific results ", said Mr.. Drikakis, who is a graduate of the School of Mechanical Engineering of the NTUA (1987), from where he received his doctorate (1991). After teaching at British universities (Queen Mary of London, Cranfield και Strathclyde), is from 2018 Professor at the University of Nicosia in Cyprus.