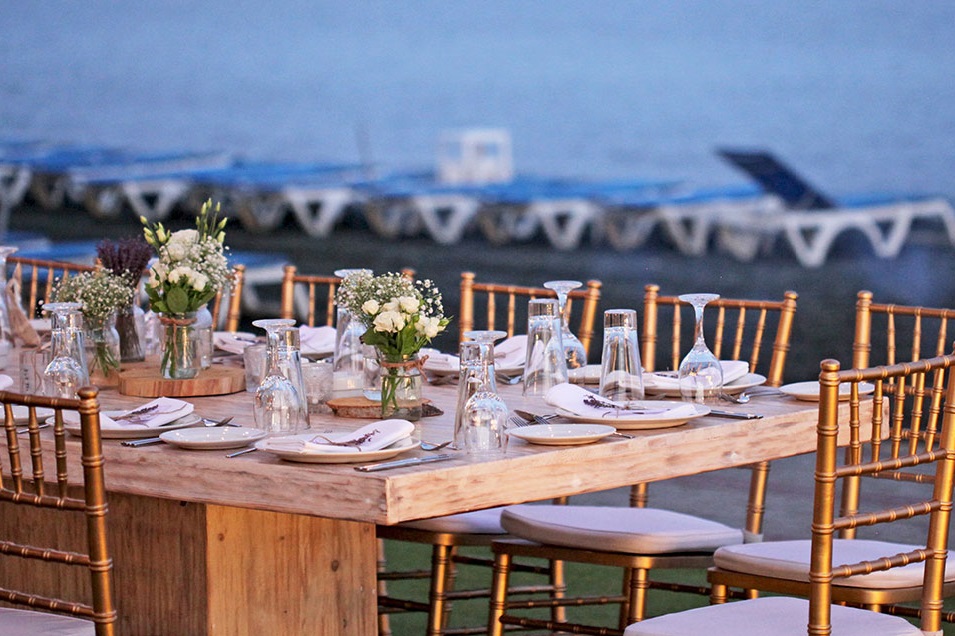 Coronavirus Travel: This is how the Catering and Tourism stores will operate!! More on the road "tables outside" and… distances!!

Pressure is mounting on the government to activate catering as soon as possible with clear rules, so that the population can be safely channeled to necessary leisure centers and not anarchically at improvised parties and public health can be protected as much as possible.……

With each passing day, the government realizes how wrong it was to "release" citizens, while economic activity remains a "hostage of the crown".

"It is in everyone's mind to go well and to be able to say in two weeks that everything has gone well and we can bring the restaurant and shopping closer..

But it is important that we take the first steps in the plan that we have announced with confidence, "said a government official., stressing, however, that the government always listens to experts.

This position reveals that not only is there a "window of opportunity" for opening a cafe, bars and restaurants, but may have already been "canceled" as of June 1..

Although Kyriakos Mitsotakis stated that if the epidemiological data are still what we see today, then catering shops will be able to open 1or June, on the table is still the proposal to open a week earlier, namely at 25 May.

Final decisions, will be taken after 18 May and after first there will be a clear picture of the evolution of things with open until then all the shops except department stores and shopping malls, schools (High Schools) and the Churches.
The basic principles of the plan that Maximou is considering for catering, however, will be the following:

In each case, The measures will be temporary and will be valid for a certain period of time - until October - while free access and passage of citizens in public spaces will be ensured..

Municipalities without bureaucracy from the ministry or approval from the region, will take decisions on bench presses and will be responsible for implementing the new temporary framework flexibly.

Municipalities will be able to define and close certain roads, for example by 8 the evening, so that table seats can be placed on the road as well.

The public access to public spaces, with 1,50 – 1,80 m free space, for the smooth passage of pedestrians.

Basic criterion in the design of Development, in addition to the obvious health, is the focus of the opening of the restaurant to go beyond bureaucratic procedures, on the model that was applied in the manufacturing industries and allowed the rapid production of antiseptics and masks.

The goal is for mayors to make decisions immediately and for shopkeepers not to have to wait for signatures and permits., to start business quickly.

At the pan-European protest «empty chairs», which will take place today Wednesday 6 May at 20.00 in various cities in Greece, POESE participates (Panhellenic Federation of Restaurants & Related Professions).

Protest is a symbolic silent act of the Food and Entertainment Sector, will be implemented by POESE, without the presence of colleagues in the Branch. POESE's request is to find effective solutions for the survival of the professionals of the Catering and Entertainment Branch.

Restaurants say their stores may not operate under restrictive terms and conditions as part of coronation precautionary measures..

Hundreds of empty restaurant chairs in Europe will be set up in the main squares in 20.00 the evening!!

OR release of inland ferry routes It is placed in the middle of June and in any case after the three days of the Holy Spirit.

The design for the hotels will follow the same model. That is why the government is closely monitoring the implementation and results of each measure and will proceed to the next stage, if the previous one has been achieved.

It is recalled that the planning provides for reopening of hotels annual operation on 1or June and for seasonal accommodation in late June to early July.

The operating protocols for hotels will be announced tomorrow, Friday, marinas and air transport.

An article in the Israeli newspaper Jerusalem Post states that Hellas, Israel and Cyprus consider creating "safe tourism zone" which will encourage the movement of tourists among themselves, as the main problems acting as deterrents are the ban on flights - which is likely to continue until mid-June at European level - and their quarantine. 14 days valid for those traveling abroad.

Coronavirus Travel – Jerusalem Post: Israel is carefully considering the creation of a "Safe Zone" for tourism with Greece, Cyprus

Minister of Tourism of Greece: Israel is a strategic target for the opening of tourism. https://t.co/iuTSM4g82n pic.twitter.com/hrVHvAQ3Of

Appeal to our young people for attention!! To take responsibility for both their individual health and the safety of society, and "yes ...
Read more
Previous article Coronavirus Pandemic-Businesses: Additional support from 2.000 up to € 15,000 in 90.000 companies
Next article Coronavirus Restaurants:In the coming days the focus on the focus – In the municipalities the riddle for outdoor space
Share
Facebook
Twitter
Pinterest
WhatsApp
Linkedin
ReddIt
Viber
VK
Tumblr
Telegram
Mix
Digg
LINE
Email
Print