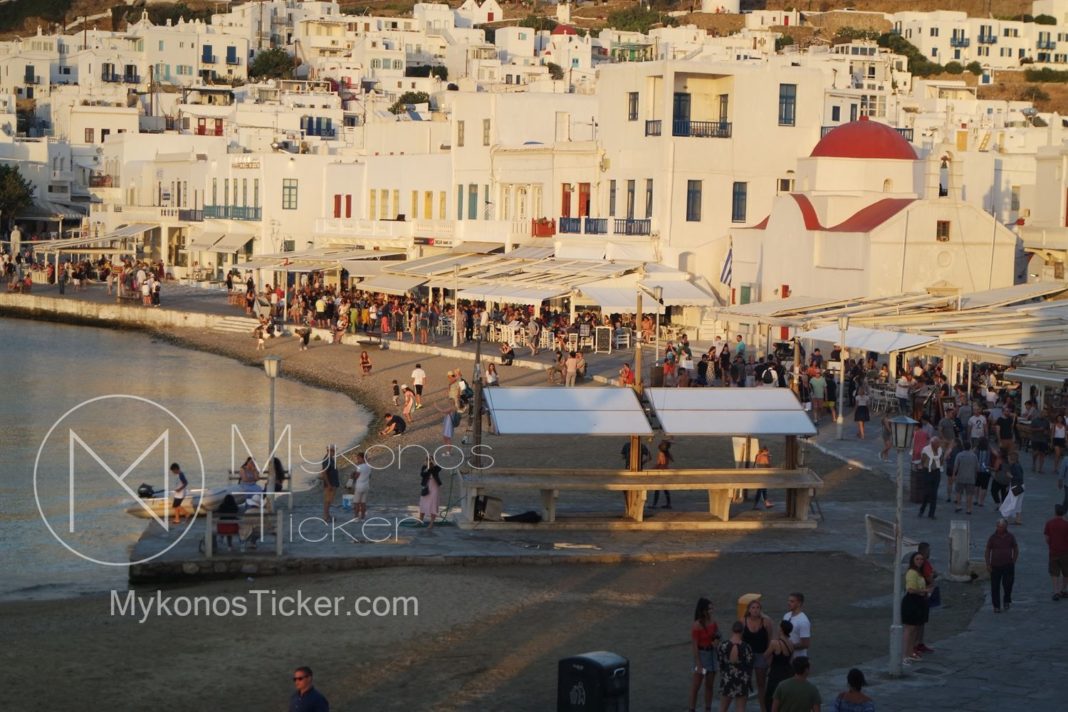 Greece is making further preparations for summer tourism and has reopened all taverns as of today., bars and cafes across the country while, for the first time in more than two months,……….. all travelers can travel from the mainland to all the Aegean and Ionian islands, both by ship and by plane, The largest Austrian newspaper, Kronen Zeitung, reports in today's publication.

In the article entitled "Greece ready for summer tourism" It is emphasized that the country is heavily dependent on tourism, which contributes more than 30% in Greek GDP, while at the same time it is pointed out that in the Greek islands there were only a few cases of coronavirus infection.

To protect against coronary heart disease, since the end of March, Athens has only allowed permanent residents of the islands to travel from the mainland to the islands., while the taverns, bars and cafes were only allowed to offer delivery and delivery services, the newspaper points out.

The article provides further information on what will now apply to tourism, such as that ferries are only allowed to carry 50% of the number of passengers allowed so far or that only half of the tables in the dining area can be used in the taverns, where a maximum of six people are allowed to sit at a table, "While in Austria they are allowed, respectively, four people plus minor children ".

Regional airports are scheduled to open on July 1, while Athens has already announced that it would like to start accepting tourists from abroad again and at the end of May the Greek staff for dealing with the pandemic will announce the list of countries from which tourists can enter Greece without a two-week quarantine..

935 New confirmed cases of coronavirus cases, and 5 New deaths have been recorded in the last 24 hours in our country, bringing the total cases to 29.992 and...
Read more
Arts & Culture

An hour later they will return, our watches on Sunday 25 October, dawn!!

Giannis Zigdis, an Aegean Politician – Let his political stature and love for his homeland guide us

"In Greece we did not lack money either, nor education, not even the lads… », said the philosopher, οικονομολόγος και πολιτικός του Αιγαίου αναζητώντας το...
Read more
View more