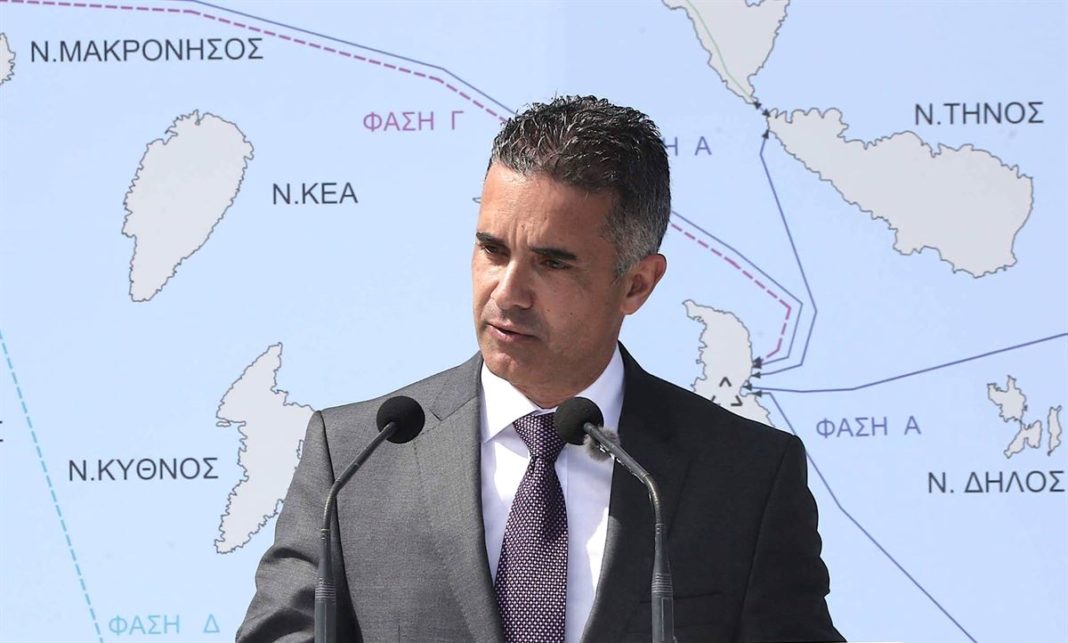 Coronavirus Travel -“The Syros We Deserve ": The real generosity for the future lies in giving it our all

The real generosity for the future lies in giving it our all. So let's do it …

We entered, for a few days now, in a new "normalcy" trajectory with the suspension of some social isolation restrictions and the gradual by sector, even with obstacles, business reopening………….

Anxiety is pervasive in citizens and entrepreneurs and many questions, on the one hand for the proper observance of the protection measures and on the other hand for the great bet of operation of the business community in unprecedented conditions.

Θα καταφέρουμε να σταθούμε όρθιοι και να «σώσουμε την παρτίδα» τη φετινή καλοκαιρινή περίοδο; Especially us, the inhabitants of the islands, that tourism contributes overwhelmingly to local economic activity, we will be able to bring out the "broken" of the summer season that we are going through but also what we need to survive the difficult winter that follows until next summer;

Here, Syros, we will be able to in an already stubborn season, which for us will be even more so, to save as much as we can, or we will surrender to a fatalistic and apathetic approach to things and situations in his logic; God has;

We will be able to compete with our neighboring giants, such as Santorini, Mykonos, Paros and other islands;Islands with organized public and private infrastructure, with a huge number of beds, which until now "played" touristically in another category,targeting incoming tourism on the one hand and high-income visitors on the other.; Somehow, namely, Until now, they were not direct competitors of Syros, since we aimed mainly at domestic tourism and in fact with secondary demand in the majority of. Simply put, many potential visitors, since they could not find accommodation with an attractive price-quality ratio in these islands with increased demand, they eventually chose secondary destinations, including Syros, for their vacation.

Today, I say pandemic, conditions have changed rapidly. Island-tourist giants, with tens of thousands of beds and low occupancy for this summer, reorganize and redefine their strategy very quickly to reduce, as much as possible, their tourist losses. They are also turning to domestic tourism, with aggressive pricing policy, drastically reducing their prices, to "wipe" as much as they can, even from lower-income visitors, to improve their completeness.

Here, Well, in a relentless way, real and not rhetorical questions are asked.

Why a visitor should choose Syros for his vacation this year and not Santorini which under other circumstances would be close; Why pay a room 60-80 € / night in Syros and not 80-100 € / night, even in the caldera, which other years would cost 300-400 or also 500 €; These islands, due to the conditions, forced and "accepted", under the present circumstances, to "play in the Second National Division", removing even more market share from us.

The above findings are useful and unfortunately "realistic" and unpleasant for us. Nevertheless, what can we do to avoid the consequences?; How can we act key?, although we are already desperately late, to claim everything,what belongs to us; We will be able to turn the crisis into an opportunity;

So that we do not live in simple findings, I quote some thoughts and suggestions which even now, at the last minute, if taken into account immediately, they can improve the dynamics of Syros for this season and beyond.

Immediate initiatives and actions are needed, and not words and wishes, mainly from our Municipality, but also by the local business community and associations. The tools are there, what is needed is mood, determination and action.

In the first place, what is needed, I'm sorry, They arethe IMMEDIATE (as of yesterday) and DYNAMIC repositioning brandname of Syros mainly at national level:

How to succeed,Nevertheless, the above; The actions required, on behalf of our Municipality and its Tourism Committee, it's simple. As long as there is the practical will and determination. So they are needed:

The above actions and initiatives, must IMMEDIATELY,also, to be combined with a number of other measures that our Municipality should have already taken, but unfortunately it's too late, unlike other Municipalities, to alleviate and strengthen local tourism businesses. These measures, We have repeatedly asked in public and in writing, but unfortunately our mayors are still stubborn and act as veterans of procrastination and inaction..

indicative, Well, We repeat once again what should have been done since yesterday:

End, in addition to the above, additionally required and supporting companies with horizontal measures and initiatives, through the claim by the collective bodies of the local government (SYS, KEDE) and putting pressure on the Government. indicative, we have to demand:

Municipalities must and must stand strong and effective on the side of their citizens and entrepreneurs during this difficult time..

Even a month, even some more visitors to our island, can be crucial to the viability of many businesses, which are already in the "red".

besides, as the French Nobel Prize-winning author wrote, Albert Camus, "The real generosity for the future lies in giving it our all.". So let's do it…