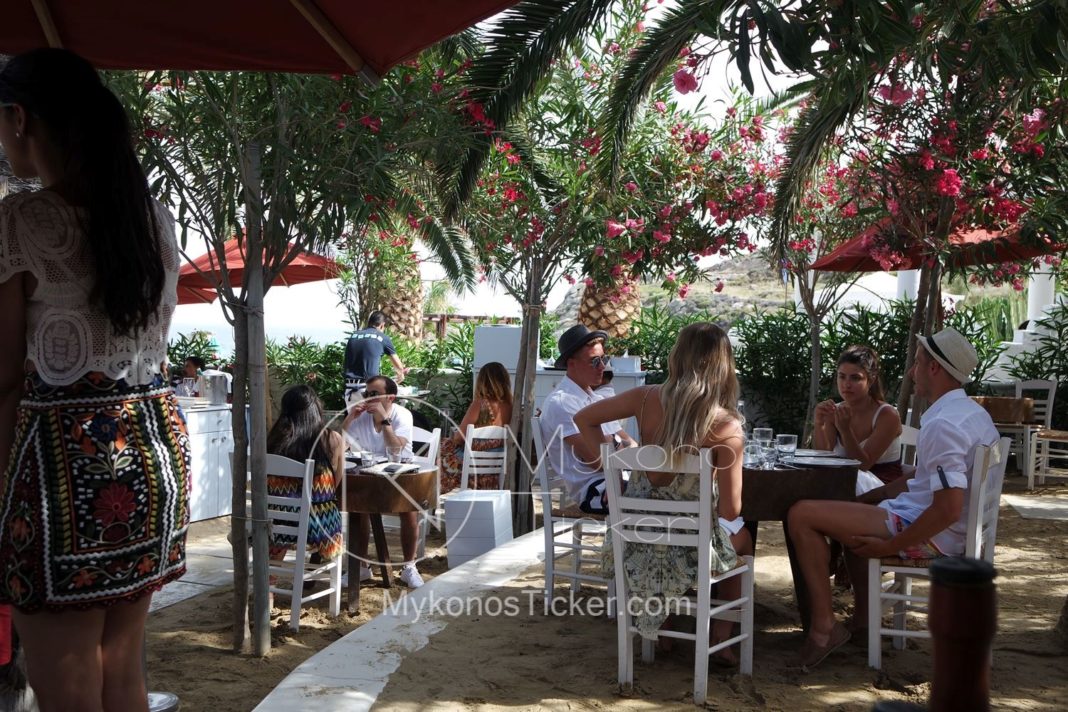 Coronavirus Travel: The die is cast!! At 8 Hotels open in June!! What to do with the focus

Mykonos TickerLeading news source for Mykonos and the Region
Mykonos Tciker Breaking News
Dominant scenario 1June the focus and 8 June seasonal accommodation. The government has been announcing a comprehensive package for tourism since Monday!! Final meeting on Saturday…..

A road race has taken place Maximos Mansion, to draw up a coherent and comprehensive plan as soon as possible, which will form conditions and rules for its restart tourism in our country.

Yesterday's announcement in Brussels of its guidelines European Commission for tourism and transport in EU member states follows according to information fever meeting under Kyriakos Mitsotakis and with the participation of the relevant Ministries by the beginning of the week, when the relevant announcements are expected, which will revolve around 4 essentials:

"The formation of a common European framework was not self-evident. Greece was the first to raise the issue of tourism in the European public debate. And in cooperation with other countries and the European Commission, we have reached the current framework that respects one of the four fundamental freedoms on which the EU is built.: free movement of persons ", the government spokesman said, Stelios Petsas.

According to secure information, wide inter-ministerial meeting, in order to "lock" the main axes of the plan for the resumption of tourism in Greece is expected to be convened under Kyriakos Mitsotakis and with the participation of the key (Finance, development, working) and industry (tourism, health, Citizen Protection) Ministries on Saturday morning at the Maximos Palace.

"Even in this unprecedented situation, Greece is ready. In the coming days, the overall plan of the Government for the resumption of tourism will be presented., with a view to protecting public health and supporting employment. But, let's not delude ourselves. This summer, it will not be like last year ", Mr. noted characteristically. Petsas.

Based on the data, which was elaborated until last night by the government staff and pending the epidemiological footprint from 4 May and beyond, which Maximos Palace is expected to have at its disposal tonight, tourist accommodation and seasonal hotels are expected to reopen on 8 June.

In the same context, and according to the prevailing scenario, restaurants, brown and bar will reopen it 1June, despite strong pressure from the relevant ministries and the market to open a week earlier.

Simultaneously, however, Athens promotes interstate agreements, to create "safe corridors" to transport tourists to our country with countries, like the Bulgaria, the Israel and the Cyprus.

A meeting under the Prime Minister is scheduled for tomorrow, Friday, with the participation of Christos Staikouras., Adonis Georgiadis and Giannis Vroutsis, in order that finalize the financial support package for employees and businesses, to be announced early next week.

Coronavirus shut down schools: Announcement of the President of Parents and Guardians of Ano Mera Primary School

Previous article Coronavirus Travel: How to travel to Europe in the corona era; Commission guidelines for hotels and campsites
Next article 100.000 € for the Study for the improvement of the provincial road network of Mykonos-6.37 million. euros for PNAI from the Ministry of Development and Investment
Share
Facebook
Twitter
Pinterest
WhatsApp
Linkedin
ReddIt
Viber
VK
Tumblr
Telegram
Mix
Digg
LINE
Email
Print