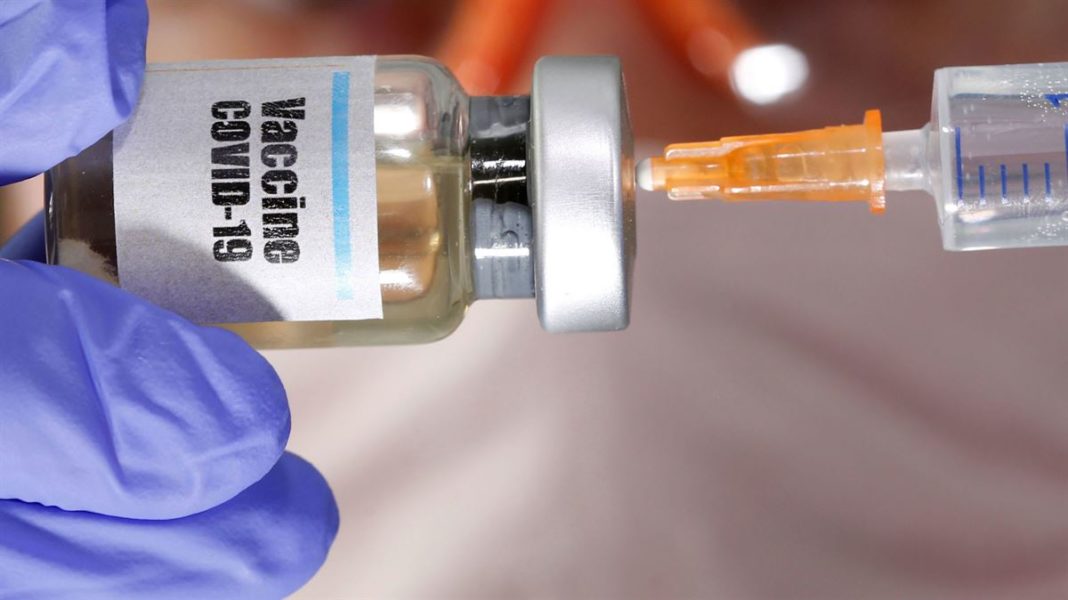 Coronavirus vaccine – AstraZeneca: We hope to deliver the first vaccines for COVID-19 at its end 2020

Completion of the supply agreement with the European Commission by 400 million doses of AZD1222 vaccine against COVID-19 officially announced, with a press release issued, the pharmaceutical company AstraZeneca……..

Utilizing, as reported, the existing agreement with “European Alliance for Exclusive Vaccines” led by Germany, France, Italy and the Netherlands, "This new agreement will provide all states- EU members have access to the vaccine on an equal basis without profit during the pandemic. It also allows EU Member States to redirect installments to other European countries. ".

Ο Pascal Soriot, CEO, of AstraZeneca, confirming what the Minister of Health Vassilis Kikilias had said the day before yesterday about the vaccine, stated: "This first vaccine agreement with the European Commission will ensure that millions of Europeans have access to the AZD1222 vaccine once it is approved.

Expecting the start of production soon in the company's European supply chain, we hope to make the vaccine available quickly and on a large scale, with a horizon of delivery of the first installments its fees 2020. I would like to thank the whole of the European Commission, and especially the Commissioner for Health and Food Safety, Stella Kyriakidou, for their rapid response to the issue of ensuring the protection of Europeans with a vaccine against this deadly virus, shortly, enabling the reconstruction of societies and the economy globally ".

The announcement of the pharmaceutical company states that in July 2020, Interim results from the ongoing Phase I / II phase COV001 trial published in The Lancet "showed that AZD1222 was tolerable and produced strong immune responses against the SARS-CoV-2 virus in all participants evaluated" and added: "The clinical development of AZD1222 is progressing globally with ongoing Phase II / III Phase II trials in the United Kingdom and Brazil, a Phase I / II test in South Africa and planned studies in the United States, Japan and Russia. Results from the final stage tests are expected later in the year, depending on the rate of infections in the communities where the clinical trials are conducted ".

What AZD1222 is and how it was developed

According to the manufacturer:

"The AZD1222 vaccine was developed by the University of Oxford in collaboration with its start-up, Vaccitech. Uses a viral vector without the possibility of replication by a chimpanzee, which is based on an attenuated version of a common cold virus (adenovirus) that causes chimpanzee infections and contains the genetic material of the spike protein (spike protein) of SARS-CoV-2. After inoculation, the surface tip protein is produced, preparing the immune system to attack the SARS-CoV-2 virus if it later infects the body ".

The Council of State rejected as unfounded the application of the Panhellenic Association of Shops and Consumers of Catering and Entertainment, with which he asked to be canceled ...........
Read more
Previous article Macron and Merkel meeting:Tensions in the eastern Mediterranean, Belarus, Libya, coronavirus and Mali on the agenda of the meeting
Next article Coronavirus – Mykonos: 70 the active cases of coronavirus!! Alarm in Mykonos!!
Share
Facebook
Twitter
Pinterest
WhatsApp
Linkedin
ReddIt
Viber
VK
Tumblr
Telegram
Mix
Digg
LINE
Email
Print