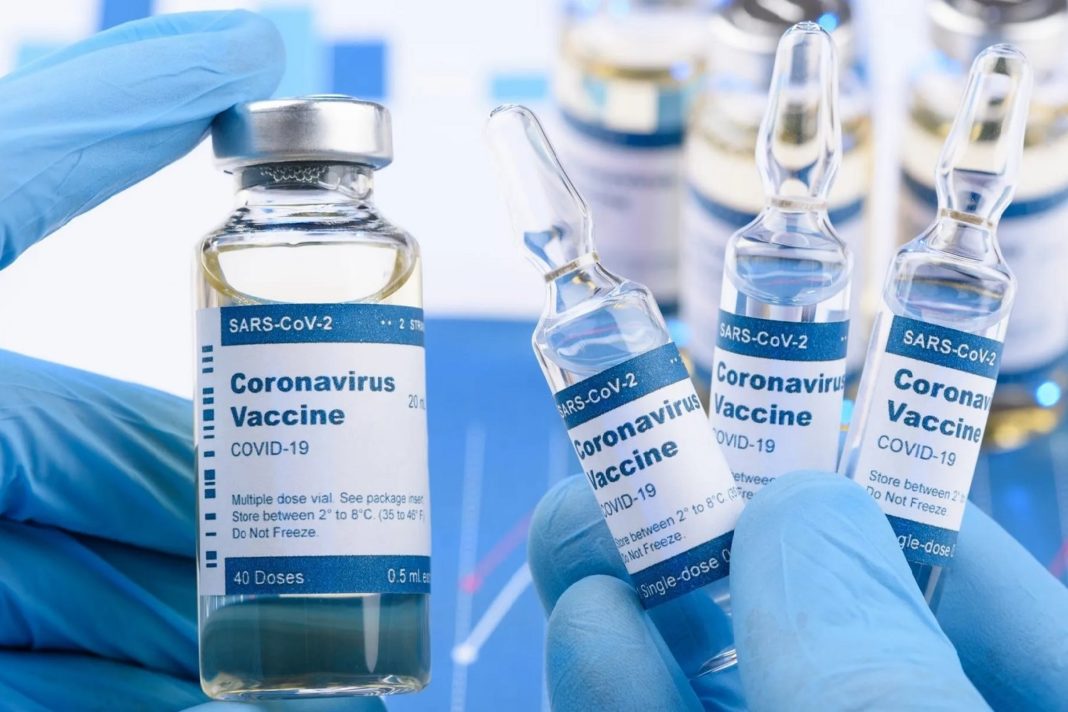 Coronavirus vaccine-Kikilias: At the end of December the first dose of the vaccine in Greece

Greece will receive partially from the end of December 3 million. doses of the vaccine developed by the University of Oxford in collaboration with AstraZeneca, in case it passes the phase 4, announced to SKAI the Minister of Health Vassilis Kikilias……..

"Commission President Ursula von Layen tweeted the agreement with AstraZeneca for 400 million. doses of the vaccine that has already reached the phase 3 and the phase is expected to be completed in November 4 and get licensed. End of December, January, February, Of March, May and June, if everything goes well, Greece will receive in seven partial deliveries what is due to it, from the agreed vaccine. We will start with 700.000 doses in December which will be single or double dose, and around 3 million. installments in total » said Mr. features. Kikilias.

With,As for the flu vaccine the Ministry of Health has secured 4,2 million. doses. The Minister of Health explained that the vaccinations will start in early October and will be completed in December., and vulnerable groups will be vaccinated first. "We took 1 million. above vaccines from last year and last year we got 1 million. more than last year ", the minister stressed.

"It is not an endless effort…There is light at the end of the tunnel, There is hope, we continue our effort "was, among other things, the message of the Minister of Health.

"We strengthened the NSS with more than 6.500 doctors, nurses, other staff, we are in the process of doubling the ICU by the end of the year. It is impossible to keep our fellow citizens locked in their homes forever. We need to explain to young people that they need to protect their parents and grandparents, we do not have them against us "said Vassilis Kikilias.

"In what other country in the world did a strategy appear better than Greece to copy?. SYRIZA said that the Balkan countries have done just as well as us in the coronavirus and are in a much worse situation. It is better off in rich European countries; "At this stage, things are better in our country than in any other country.".

Speaking to SKAI, he stressed, "The virus is not seasonal. What the scientists believed did not come out, that is, that it will shrink due to heat and humidity. "Because we know that the virus incubates in two weeks, we will measure in two weeks if the thing will be collected and we will proceed to other measures if necessary.".

"We built a delivery system, multiple testing with 700 above sanitary in the summer, to support insularity and enable our islands to work, but when there is a reason for local lockdowns or to apply local measures we will do it, it is preferable to horizontal measures, "he said.

Probably over the weekend or Monday at the latest, 14 September, ENFIA statements are expected to be posted on Taxisnet. The total amount that ...
Read more
Previous article Municipality of Syros-Marios Voutsinos: The Ludovician conception of the Municipal Authority in the modern Local Government
Next article Aegean islands: The old partisanship of Manolis Glynos is really reminiscent of other eras
Share
Facebook
Twitter
Pinterest
WhatsApp
Linkedin
ReddIt
Viber
VK
Tumblr
Telegram
Mix
Digg
LINE
Email
Print

What we see, says, "It's a huge revolution" that "changes the face of travel forever. Some people expect the world to return..
Read more
View more