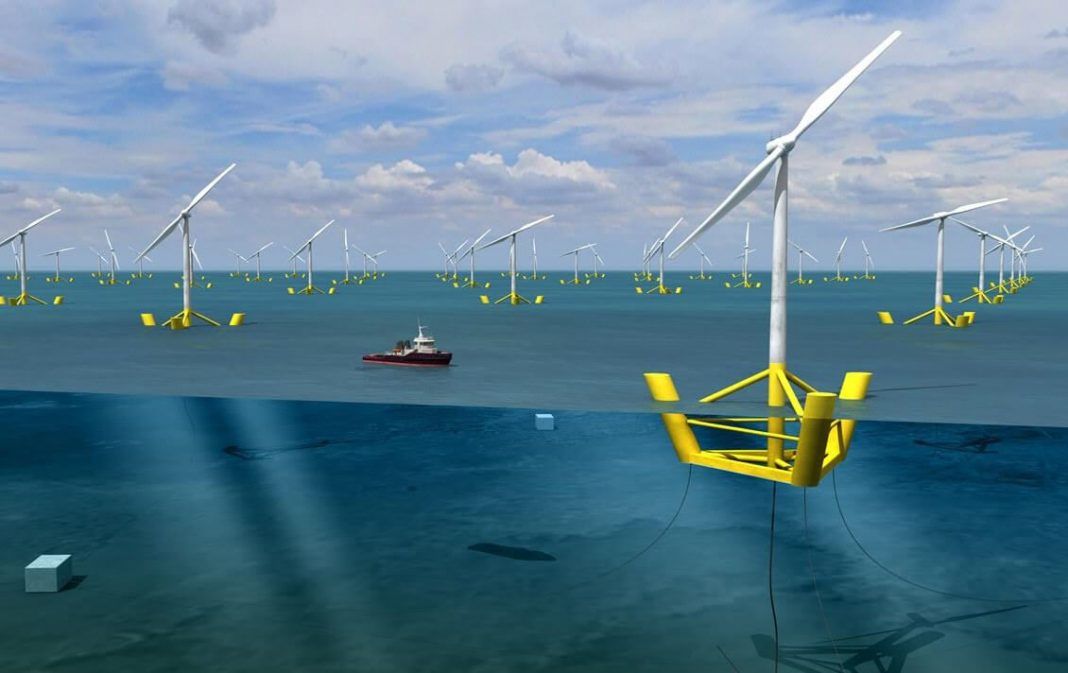 Floating wind farms planned to "accommodate" the Greece - The 2020 the first pilot contest
In the second half of next year the first pilot contest for the baseline investors, under General Energy Secretary. What was said about the new technology of RES in a workshop of the Norwegian Embassy and the company Equinor…..
The framework for the advent of the Aegean Sea and the Sea of ​​floating wind turbine technology gradually prepares the Ministry of Environment and Energy.
This is a relatively new category of RES developed in Norway, namely the Equinor (former Statoil), which the 2017 built the world's first floating wind farm 25 kilometers from the coast of Peterhead, Scotland. It is capable to installed capacity 30 MW to power approximately 20.000 residential.

In a workshop organized last Friday 12 April the Embassy of Norway in Greece, Representatives of the company, of Wind Energy Association (ELETAEN) and RAE talked about new technology, which is offered for the Greek seas are deep and difficult to manufacture conventional offshore wind farms. These require foundations and construction suitable for depths up 60 meters. Conversely, floating wind turbines use a method of anchoring and can be installed at greater depths.

in the workshop, General secretary of Energy and Mineral Resources Michael Verroiopoulos made known that Penn ministry has included the Special Planning Scheme for RES, planning and floating wind turbine technology. Indeed, as he said in the second half of 2020 after having siting a marine area can make the first pilot auction prices of works reports that investors want to develop. As to what will be the region, sources want to exploit any of the 12 zones had suggested the 2010 the Renewable Energy Center (CRES) to develop offshore wind farms. Sure, before the first pilot auction required the enactment of the relevant technology and then the preparation of Study Strategic Environmental Assessment to the installation site of floating wind farms.

produced energy prices
Mr.. Verroiopoulos, also noted that the marine region will be selected with the criterion of being a marine underwater cable that contestants investors to make bids that reflect the cost of energy produced by technology and excluding the cost of interconnection. Given this reference price is not impossible to move under the 90 euros per MWh, as that is the starting price RAE recent tender for onshore wind farms.

However at this time the output energy of the floating wind turbines is high. The representative of Equinor Arne Eik during workshopypostirixe that the aim of the company is defining decade to reduce prices to the levels of 40 with 60 euros per MWh.

At the same event the president of ELETAEN Panagiotis Ladakakos stressed the opportunities open to other business sectors in the country, as shipbuilding where there normally floating wind turbines are manufactured. As he told the total cost of the 40% for the supply of wind turbine and 60% other equipment such as anchoring systems or floating platforms.

Finally on the part of the representative of RAE Dionysis Papahristos argued that the specific type of renewables has matured and can contribute to achieving national targets for penetration of renewable energy sources.